Film review: ‘Clouds of Sils Maria’ explores art of performing and confronting past 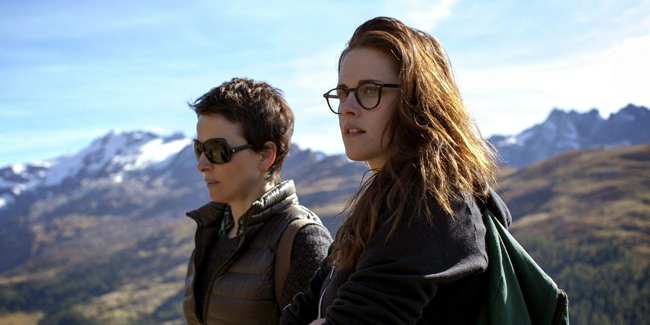 “Clouds of Sils Maria” presents an intense look at stardom, digging deep into the insecurities actors are liable to face when preparing for deep, complex roles. The film also explores two people questioning the boundaries of a professional relationship. Although at times it’s a bit overly sentimental and pretentious, the film presents an impactful drama about confronting the past and features stellar performances from  the lead actors.

After reaching an unsatisfactory point in her career, successful French actress Maria Enders (Juliette Binoche) is offered a part in a remake of the play responsible for her rise to stardom. The play centers on a young businesswoman, originally played by Enders, who is seduced by an older executive. But there’s one twist: Enders would now play the role of the executive. Initially frightened by returning to the play, she agrees and begins to prepare for it in Switzerland with the help of her devoted assistant, Valentine (Kristen Stewart).

Meanwhile, Enders frets over the state of her acting and the art of film in general, especially after meeting rising teen star Jo-Ann Ellis (Chloë Grace Moretz), who takes on Enders’ signature role in the play. After her relationship with Valentine grows tense, Enders begins to worry if her future in acting holds any meaning.

The film strives to make several connections with themes of betrayal and uncertainty present in the play. The line-reading scenes with Valentine, where the play’s script connects almost too perfectly with the events occurring around them, are hardly subtle.

Writer and director Olivier Assayas offers insight into Enders’ troubled psyche, rattled by her fear of returning to her roots. Binoche captures Enders’ apprehension as she tries to draw herself back into her past. She presents a startling, frightened persona and is often overwhelmed by terror during the rehearsal sessions with Valentine.

Stewart is funny and sarcastic as Enders’ dedicated assistant. This is the role that proves she has the talent to break past the image her dreaded “Twilight” years created. When Moretz first appears on screen, it seems her character fits the stereotype of the troubled, short-tempered Hollywood starlet, but her role is more complex than that. She portrays a mild-mannered, flattering young actress who embodies what Enders used to be.

The film is deep and beautiful, but it’s also a bit full of itself. There are many scenes of Enders and Valentine hiking up the breathtaking mountains of Sils Maria where they discuss the play and the other issues plaguing both of them. These scenes develop the deep relationship between the two characters and show off the gorgeous setting, but the overabundance of them drastically slows down the film.

Some stylistic choices, such as the numerous shots of the snow-covered mountains, feel like Assayas is trying too hard to make the film more artsy. The emotional climax of Valentine and Enders’ relationship is also bizarre, and while it works thematically, it presents a strange twist that dives into surreal territory. If audiences fail to grasp the moment’s deeper meaning, they will most likely be left in confusion. Without spoiling the ending, some suggest Valentine’s bond with Enders goes beyond that of an actress and her assistant.

“Clouds of Sils Maria” is a beautifully shot movie featuring brilliant, moving performances. While it occasionally gets a bit full of itself, it delves into interesting discussions on how actors can be shaped by their roles — and just how terrifying the memories associated with those roles can be.