Administrators reduce number of mandatory activities for students during orientation 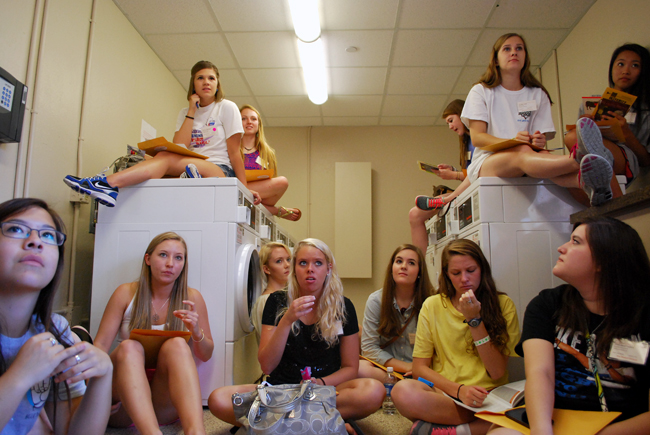 Incoming freshmen and transfer students will be required to attend fewer activities at orientation this upcoming summer than in previous years.

Alex Kappus, New Student Services coordinator, said administrators hope to increase student attendance at optional events by reducing the number of mandatory activities, although the overall number of activities offered will remain about the same.

“A philosophical shift for this summer is this idea of really helping create an orientation that keeps in mind the flow for the new students, building in time for students to commute between events so that they don’t feel like they are rushing from place to place,” Kappus said.

Joey Williams, communications coordinator for the Office of the Executive Vice President and Provost, said each incoming freshman will be required to participate in a small group, which he said helps increase student retention rates in the long-term. The class of 2017, the first class to participate in small groups, had the highest average GPA and retention rates of any UT class in history, Williams said.

“We know [participation in small groups] has a direct impact on how well students do in terms of persisting, staying in school, their GPA [and] how many hours that they are taking,” Williams said.

Williams said the personal finance course “Bevonomics,” which in the past has been taught in-person, has been turned into a pre-orientation video because many students walked out of the course before they finished it.

“It’s kind of dry material, and it would take up a lot of time,” Williams said. “They are required to watch these videos, and we know that they’ve done that. That’s something we don’t have to do during orientation, so we have more time to do some of these other community and other programing things.”

Additional changes were made to academic group advising sessions during orientation, which were previously one-day, four-hour sessions. It will now consist of two sessions, at most two hours long, spread over two days. Students will also only be required to attend two wing meetings instead of five.

Psychology freshman Ann Folker said she found the amount of information she received during orientation overwhelming.

“It was kind of stressful, and I was already nervous going in,” Folker said.

“We did have optional program sessions last year, but new this year is that we are collectively calling them ‘Discover UT,’” Pierce said. “We hope that by branding them that way, students will be more interested in the programs and excited to attend and learn more about everything UT has to offer.”

Clarification: This story has been amended since its original publication. The overall number of programs offered at orientation will remain the roughly the same. Gretchen Pierce is the New Student Services communications manager,