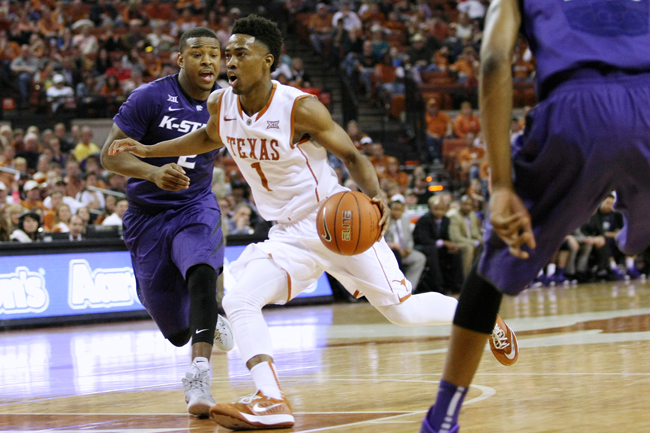 After weeks of speculation surrounding sophomore guard Isaiah Taylor’s future plans, Taylor announced late Saturday that he will return for his junior year and remain a key part of the Longhorns’ roster for Smart’s inaugural season.

“Glad to be a Longhorn! Feels good. Looking to get this new era started. Love the guys on the team. Spending another year with my teammates and coaching staff is a great feeling,” Taylor posted on his Instagram account Saturday.

Taylor continued working out with teammates and participating in team activities after the Longhorns’ season ended last month, even as rumors swirled that he would declare for the NBA Draft like his former teammate, Myles Turner.

Taylor said his new relationship with Smart helped keep him in Austin. The 6-foot-1 guard had multiple conversations about his future with Smart after Texas’ season ended in March against Butler. Eventually, he decided staying another season was his best choice.

“When it all came down to it, I didn’t want to leave my teammates and not be a part of something I feel can be special,” Taylor said in a statement.

Underclassmen had until the 10:59 p.m. Sunday to make their final choice on declaring for the draft. Taylor said he received a late first- or early second-round draft grade from NBA evaluators. He is also listed as the No. 27-ranked sophomore on DraftExpress.

Taylor began the 2014-15 season with high hopes, but a wrist injury at the beginning of the year derailed his production. Despite the adversity, Taylor finished his sophomore campaign with a team-leading 13.1 points per game and 4.6 assists per game.

“Really excited about the opportunity to coach Isaiah next season,” Smart said in a statement. “We’ve had the chance to work out on the court several times over the past few weeks, and his commitment to improvement has been terrific. We are looking forward to Isaiah being a tremendous leader for our team!”