Demand for transparency should start on campus 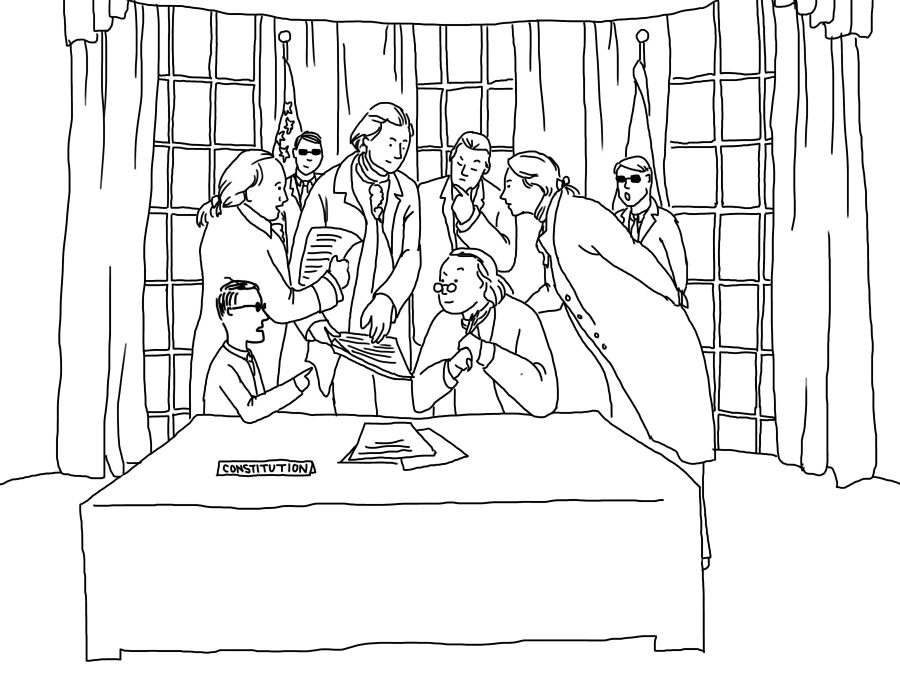 We live in a time when openness and secrecy have both increased. With social media and other Internet communications, it is easier than ever to procure information about topics from foreign affairs and domestic policy to business transactions and personal relationships. Anyone with an iPhone and a USB flash drive can easily copy a document or record an event and then circulate it instantaneously to the world.

This is the story of Wikileaks, which posted thousands of formerly secret U.S. government documents, and Twitter-savvy activists in China, Russia and the Middle East who use photos of their repressed public demonstrations to inspire international hopes for political change. Social media has facilitated the flow of formerly secret information; they have made it harder for governments and other powerful groups to control what we see.

In this information-rich environment, secrecy about decision-making has, paradoxically, increased. That is because people are more careful than ever to avoid documenting their decisions. The risks of revelation on the Internet are too great; the fears of intentional manipulation by adversaries are too real.

Presidents, for example, used to record their conversations and maintain personal diaries. Their assistants wrote long memoranda explaining how they made their most important decisions. Now, they generally avoid these exercises. Business leaders had secretaries who transcribed their meetings and telephone conversations. They also wrote revealing letters to partners and confidants. Now they prefer to keep their notes to a minimum.

Email has become the most ubiquitous form of daily communication, but anyone with any sense carefully sanitizes their comments before hitting the send button. The risk of the mass-circulated email reduces the candor of the writer and the recipients. More open communications are more cautious communications. The opinions that count are self-censored.

How can we preserve forthrightness in official communications?

These circumstances pose a series of challenges. How do we manage the surplus of information and the scarcity of decision-making detail? How do we protect privacy and confidentiality where they are necessary while also maintaining access and accountability? How do we encourage our leaders to lead, but keep our citizens and their representatives appropriately informed?

The recent revelations about U.S. drone strikes near the Afghanistan-Pakistan border that accidentally killed an American and an Italian hostage raise serious concerns. The public, members of Congress and U.S. legal authorities are ill-informed about what is tantamount to a government policy of targeted assassinations, directed by the president through the CIA and the Pentagon. How justified and accurate are the targets? What are the consequences? Who explores alternatives?

At the same time, when detailed information is released, as it was last week, news coverage obsesses over the mistakes and embarrassments rather than the broader accomplishments of the program, designed to kill terrorists and destroy their training grounds. Based on the accumulated evidence so far, we have reason to believe that the drone strikes ordered by President Barack Obama have reduced the capabilities of many terrorist groups with limited — although not insignificant — civilian damage.

Why it matters to policy-making

Here we reach the heart of the issue. Effective policy-making in a democracy requires a difficult balance between informing the public and protecting confidential information. The problem is that we have only just begun to think about how that balance has evolved in our new media and threat landscape.

Too often, as in the case of the U.S. drone strikes, information access is uneven, inconsistent and therefore very difficult to evaluate. Observers can highlight heroic successes and monumental screw-ups, but an informed public evaluation of whether the policy is making us safer and protecting our international interests is impossible. We need precisely that public evaluation (and informed debate) if we are going to make intelligent choices as a society.

Democracy requires openness and secrecy, but their relationship should not be haphazard, as it is today. As with most policy dilemmas, historical experience offers some useful guidelines. There is a long American tradition of avoiding public revelation of details that jeopardize military and other vital operations in real time. As early as the 19th century, American newspapers refrained from publishing plans for troop movements, weapons deployments and the names of vulnerable national representatives operating in hostile territories. Information that exposes legally sanctioned American missions and personnel to grave harm deserves protection.

Alongside this restraint, there is an equally strong tradition of the U.S. government working to make its decision processes and its policy records as transparent as possible. No other country did more to explain itself and open its archives in the last two centuries than the United States.

Ultimately, the public has a right to know

The scope of government materials available to anyone online and in government repositories, including the Lyndon B. Johnson Presidential Library on our campus, is unparalleled. The public has a right to know, and government officials (including those working in the intelligence agencies) have a constitutional obligation to do everything possible to inform the public, short of the most necessary restraints on information justified only as described above.

Panicked by new media and new threats, our leaders at all levels of society have strayed from the wisdom of our history. As a university, we should model and promote a return to our democratic roots: Protect the privacy and safety of the individual, but demand public transparency and accountability for how decisions are made.

Transparency and accountability are, in fact, our comparative advantage. They expose flawed assumptions and they help to build consensus for thoughtful actions. They provide a sound basis for managing secrecy better in a more open society.

Suri is a professor in the LBJ School of Public Affairs and in the Department of History. Follow Suri on Twitter @JeremiSuri.