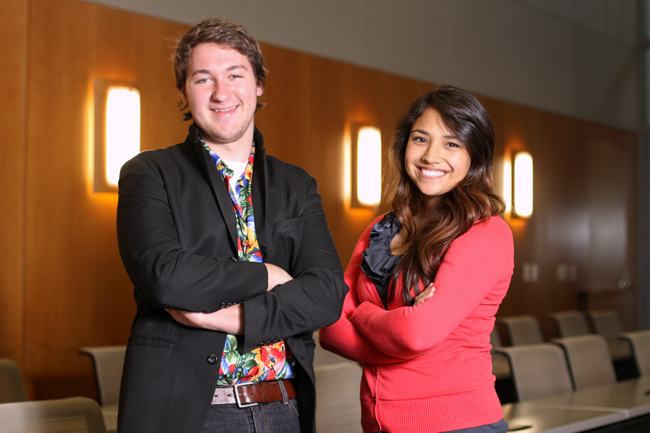 What do these all have in common? They are the future, and it’s vital that each of Texas Student Media’s entities knows that they are coming fast (especially the last one).

My tenure serving as the Texas Travesty Editor-in-Chief is coming to an end, and after a year of making a concerted effort to bring back the Travesty’s prominence on campus, I feel confident saying we owe much of our success to our online initiatives, and that the future of TSM will rely on how effective its entities can be digitally.

To make college students pay attention to any student-generated media, you need to be brief, relevant, free of charge, and make the content as easy as possible to access. Doing this online is by far the most efficient way of hitting these, and the most cost-effective way of making each TSM entity the best it can be.

Fortunately for the Travesty, humor happens to be the greasiest grease there is to get the social media wheels rolling on a year-round basis. The unprecedented growth we’ve seen this year was made possible by transforming our social media pages into constant streams of our articles, one-liners, listicles, event promotions, Bill Powers pictures, Longhorns of the Week, etc. In less time than it typically takes for a child to develop in the womb, we were able to outdo almost every other college humor publication in terms of page numbers and user engagement. Suck it, Harvard Lampoon. Suck it.

Our RotMan 2015 campaign’s videos and social media presence (including Tinder and Grindr) were the biggest factors in winning 59 percent of the vote. By the end of the campaign, RotMan was the subject of something like 12 out of 15 of the top YikYak posts every day. In this day and age, if your digital presence is strong and likable enough you won’t even need to leave your home to win an election.

The Daily Texan, TSTV, Cactus, and KVRX have each had a fantastic year as well, and are home to some of the most talented and creative people at UT. A common complaint I hear across the board is that each entity is missing is a proper, versatile website that can hold a candle to the content TSM publishes. The current Travesty website is like Dale Earnhardt Jr. racing the Indy 500 in a 1991 Honda Odyssey, or Vin Diesel chasing a bad guy in a 1991 Honda Odyssey, or Gordon Ramsay cooking a beef wellington in a 1991 Honda Odyssey. We all deserve better, and I’m glad it’s become a priority for TSM to look into remedying.

But we can’t wait for new websites. We have the resources to engage the student body readily available to us. If we don’t all get creative with the many free platforms that the majority of UT students are already using (i.e. Facebook, Twitter, Instagram, Snapchat, etc.), we’re going to fall behind, and fast.

I love holding and smelling and gently caressing physical copies of the Travesty in my boy hands. There will always be an irreplaceable charm to owning your work as a tangible object that you can throw at someone looking at you the wrong way. It’s a beautiful thing, and we’re lucky to be able to do it. I hope TSM finds a way to continue printing into the distant future until all colleges become obsolete after the singularity. But there’s no guarantee, and every year inches closer to the possibility of being totally print-less.

We have to be honest here. On an industry level, print media has been dead. The Travesty is an extended open casket funeral. Have you ever seen Weekend at Bernie’s? We are doing to print media what Andrew McCarthy and Jonathan Silverman did to the titular Bernie’s deceased corpse, and while the Texas Travesty is having a great time doing so, we have to utilize every digital resource we have before rigor mortis sets in.

Gilman is a radio-television-film senior from Scotch Plains, New Jersey. He is the current editor-in-chief of the Texas Travesty.