Seeds planted for a fruitful decade 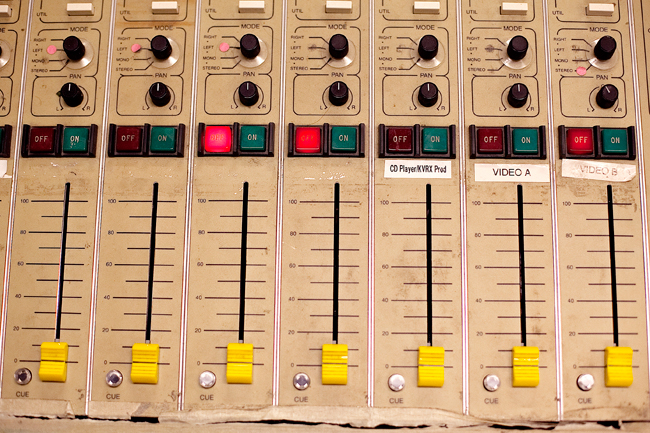 With the recent donation from talk show host Zach Anner, TSTV will be able to replace old equipment and begin broadcasting digitally.

The future looks very bright for the entities at Texas Student Media. A year ago, I would have said the exact opposite. I would have said something like, “Repent! This ship is doomed! All of us will burn along with it!” Yet, a lot has changed in a year.

When I took office as Texas Student TV’s Station Manager last June, there was no denying that TSM was in peril. We had just barely survived months of debate surrounding whether or not to cut some of The Daily Texan’s print schedule. We were running out of money in the reserves. The Texas Travesty was printing on terrible paper that covered your hands in ink if you held it for more than a minute. But then, some wonderful things happened.

Gerald Johnson, our new TSM Director, walked in and immediately began listening to the concerns of the rest of the TSM staff, the student managers, and the University. Texas Student Media and its entities were officially moved under the Moody College of Communications. The University assured us that they would not let us go bankrupt.

I can’t list all of the incredible things that the media entities have accomplished this year. As a part of Texas Student TV and The Texas Travesty, I saw a surge in broadcast advertisements sold for TSTV (we usually only had a Domino’s ad as our sole commercial), I witnessed the Travesty’s page count and paper quality increase. TSTV got some needed equipment handed down from the Moody College (our master control soundboard from the 1970’s is officially replaced by one from this century). Hell, our new student government leaders are now Travesty boys (though that might not have so much to do with TSM).

Yet, there’s still a lot that can be done. TSTV’s old studio cameras that shoot in 480p need to be upgraded if we are to be competitive with other schools. There’s still the ever-present thirst for more equipment to keep up with the demand of more students in the organization. Advertising revenue could do to be higher.

However, I feel very confident leaving this incredible organization in the hands it’s in now. There is nothing like Texas Student Media anywhere outside of this campus, and thanks to the seeds planted this year, that trend will continue for decades to come.

Stockwell is a radio-television-film senior from New Braunfels. He is currently the station manager of Texas Student Television.