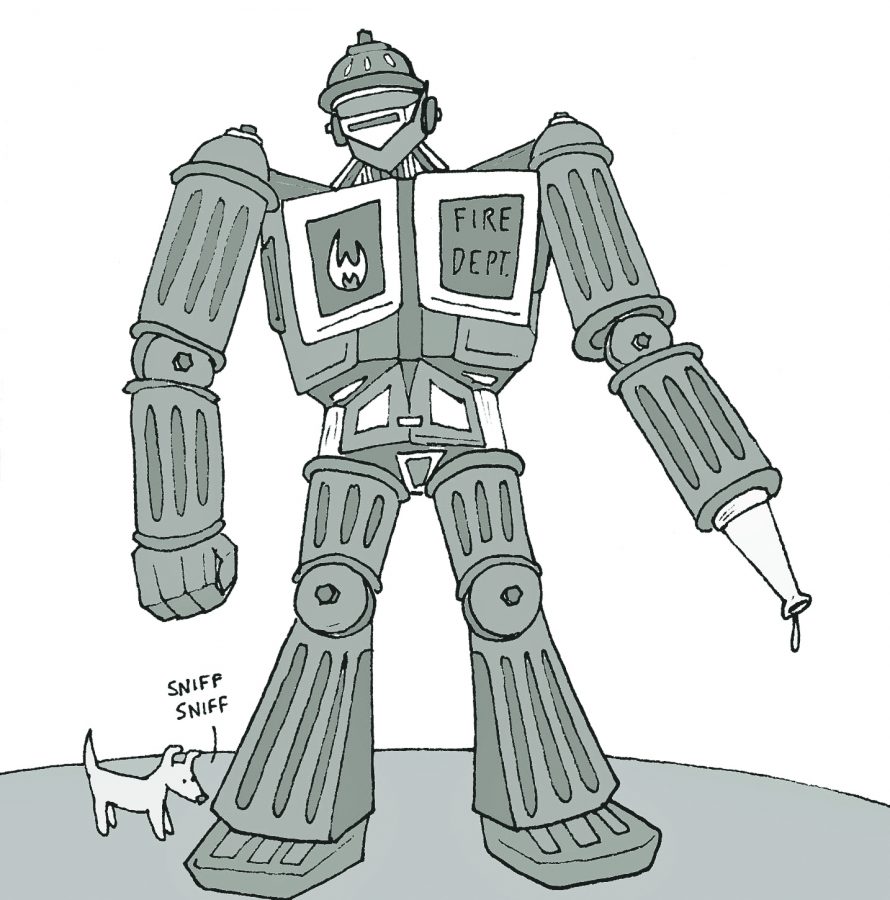 Two robots, Wall-E and Eve, are helping the Austin Fire Department incorporate technology into firefighting so that they can ultimately assess situations in advance of their human firefighting counterparts.

The two robots are micro-technical ground robots the department obtained from the federal Combating Terrorism Technical Support Office. Wall-E and Eve, named after the Pixar movie and both optimized for use in tunnels, communicate with each other while exploring their surroundings, AFD Lt. Lyzz Donelson said.

“When we send our robots down into these tunnels, or perhaps a confined space or a building collapse, it’s possible that we could use these robots to push in further than a firefighter could,” Donelson said. “We can use the cameras on these robots to glean information from the surroundings.”

The firefighters started training with the robots by making them do simple tasks, such as moving back and forth. Now, the firefighters can make the robots find mannequins, retrieve pipes from them and place those pipes into buckets.

Most officers haven’t had trouble operating the robots, Donelson said.

“The controllers are relatively intuitive,” Donelson said. “For some of our team members who have a lot of experience playing video games or operating remote-control toys, a lot of it’s really similar.”

Because robots can go places firefighters can’t, the possibilities for their use are endless, especially in search-and-rescue missions, Donelson said.

“I joined 12 years ago, and at the time, this wasn’t even something on our radar,” Donelson said. “I joined to fight fire and to help people in emergencies with my hands, so to have this opportunity to start using technology out there is very exciting.”

While the department continues to research situations in which robots could be useful, Gilbert Rodriguez, electrical engineering senior and member of the IEEE Robotics and Automation Society, said one important factor to consider is that robots can operate in different environments than most human beings.

“I could see a huge benefit from firefighters using autonomous robots since it makes it safer for them to operate in disaster areas,” Rodriguez said. “It also brings forth huge design challenges because the robots need to operate in extreme conditions, such as the heat of a fire.”

Donelson said one possibility for robot development is giving them the ability to tell those who are trapped that help is on the way.

Public health junior Yana Maskov said she would be relieved to interact with any help, human or robot, if she were trapped in a dangerous situation.

“I would actually feel OK, and I would trust [the robot] because if you’re about to die and you have no options left, then I would do anything,” Maskov said.

Donelson said innovations such as this are a rarity in the firefighting business.

“It’s not very often that changes come along in the fire service that can fundamentally alter the way we approach an emergency scene,” Donelson said. “The possibilities of using robotics to take firefighters out of harm’s way, while at the same time helping us access our patients much faster and safer — that’s groundbreaking.”