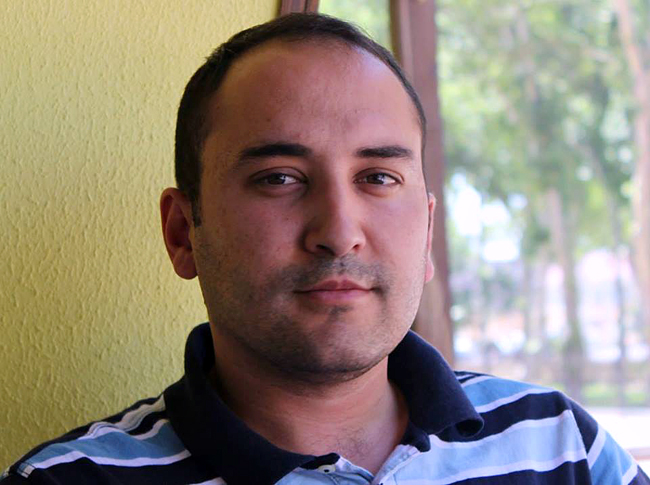 While the University works to provide a broad spectrum of languages for students, the University is canceling some language courses because of a lack of interest.

Each year, a select few Fulbright scholars are allowed to attend the University and teach their language. Often, enough students don’t sign up, so the course is not offered. These scholars are reassigned to teach Russian or another Central Asian language, and students who were enrolled must find something else to take.

Umedjon Sharifov, a Fulbright scholar employed by the University to teach Tajik, said he began teaching children and adults English as a second language in his home country of Tajikstan. According to Sharifov, he was excited about the opportunity to teach at UT and disappointed when he discovered his course was no longer going to be offered.

“Fulbright is a great program to be a part of,” Sharifov said. “I was so fully prepared. I came with a book, and I was so prepared for it. When I came, it was a little sad no one signed up.”

Initially it was hard to adjust to life in a foreign country, Sharifov said. He spent his first semester as a TA for a Russian class, and Sharifov said he spent the second semester taking classes on his own while teaching one student Tajik.

“We [would] meet once a week, and we’d compare Tajik and Farsi,” Sharifov said. “He speaks fluent Farsi, which helps him better understand both languages.”

While Sharifov enjoyed his experience at the University, he said the Central Asian language programs would improve if they were separated from the Russian and Slavic languages because most, such as Tajik, do not have anything in common with these languages.

“[Tajik is associated with] Central Asia or Middle Eastern Islam — no one will find Tajik in the Russian department,” Sharifov said.

According to Sharifov, his student said that if he had known where Tajik was, he would have taken the course.

Agnes Sekowski, a graduate coordinator for the Russian department, said that seeing the two of them meet and only speak Tajik twice a week was impressive.

Sekowski said although a formal course was not offered, the department found ways to teach the language and culture.

“We provided both office and classroom space for the [Fulbright Foreign Language Teaching Assistant Program] all year, and he was very active at our departmental events,” Sekowski said. “He even taught people at Explore UT traditional Tajik dances.”

Political communications senior Meagan Leahy, who took Bosnian/Croatian/Serbain to fulfill her foreign language requirement, said students don’t take languages such as Tajik because they seem insurmountable or not practical.

“People don’t know they exist, and they seem really hard,” Leahy said. “People want to take German or Spanish because they’ve heard of it, and they know it’s useful.”