The Daily Texan • May 6, 2015 • https://thedailytexan.com/2015/05/06/texas-running-club-gives-ryan-camarillo-life-long-friendships-competition/ 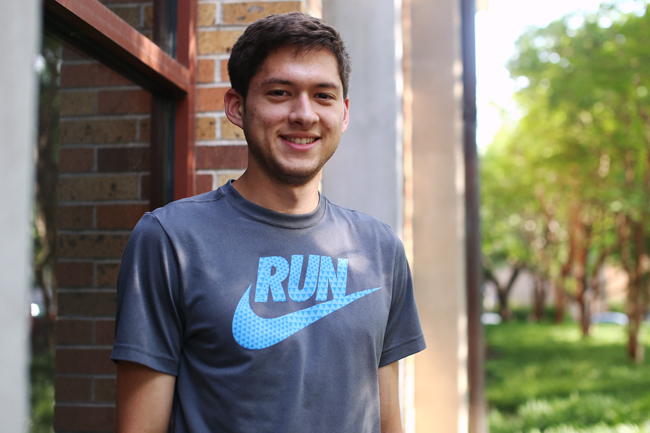 Ryan Camarillo, economics junior and San Antonio native, never expected to be running competitively, but when a middle school coach asked him to try out for the track team, he decided to give it a shot. So far, it has proved to be a decision worthwhile, as he is now in his eighth year of competitive running.

Originally, Camarillo agreed to try out for the club running team for the satisfaction he received from running.

“Seeing how hard I can push myself mentally and physically and the runner’s high you get afterwards were some of the reasons that pulled me into running early on,” Camarillo said.

Camarillo, who also ran for UT-Tyler’s men’s track team before transferring to UT-Austin for his sophomore year, has made a big impact on the growth of the Texas Running Club.

“Through my two-and-a-half years with the team, our numbers have definitely expanded, bringing in both talent and speed,” Texas
Running Club President Sarah Escobedo said. “With more numbers, we have also become closer with one another, not just as teammates but as friends and roommates as well.”

Over the years, his love for running has evolved, becoming less of a competitive endeavor and more of a social outlet.

“Joining Texas Running Club really showed me running competitively isn’t the most important thing about running, but the amazing friendships you make through the club,” Camarillo said.

While Camarillo enjoys the fun, friendly environment of the Texas Running Club, his preparation habits for meets ultimately show that he takes this sport and its responsibilities very seriously.

“I like to get to the meet at least two hours early to check things out, find a place to lie down and prep for my warm-up,” Camarillo said. “When I step onto the starting line, I just tell myself to stay focused and run my race.”

Camarillo said he is focused on improving as a runner and makes sure to keep track of his progress.

“The main event I run is the 800-meter run,” Camarillo said. “This year, I was fifth in my heat with a time of 1:59 while being boxed in, so I’m hopeful I can improve on this mark in races to come this summer. Right now, I’m focusing on just trying to run fast, trying to get my 800-meter time under 1:55.”

Although trimming his time is currently one of his more important goals, Camarillo also has aspirations to try to become a member of the Texas track and field team.

“Next season, if I can cut my time, I would like to try to walk-on here on the UT track team,” Camarillo said.