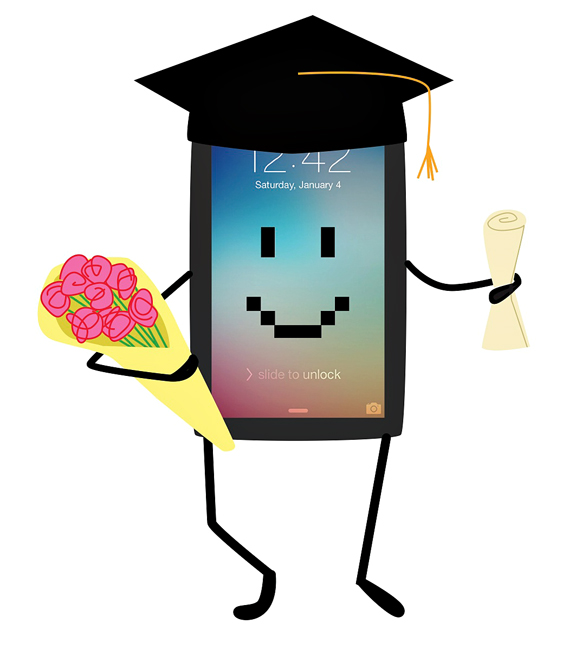 There are better ways to procrastinate than mindlessly swiping fruit with your finger. A variety of iPhone and Android apps provide a portal into fascinating scientific research. Even the laziest emoji-users can contribute to important advances in research in the time it would take to play one round of Angry Birds.

For those looking to explore the heavens, the basic Star Chart app on the App Store is an easy shortcut. It provides a free view and explanation of the constellations in the sky on a given night. Users can pay extra to view meteor showers, comets and satellites.

Those who want to test their astronomy knowledge should check out the app Pocket Universe. Users can deploy Pocket Universe to identify stars and planets in the area or take advantage of the app’s quizzes on planets, stars and constellations. The free NASA app keeps viewers up to date on the latest news in space exploration and
provides stunning images from NASA missions.

The Milky Way is interesting, but there are other projects closer to home. With the iNaturalist app, users record pictures and locations of wildlife, which scientists can use to track changes in the habitats of different species. The app Project Noah centers around the same idea, but users follow or design specific projects. For example, the “Keep Austin Wild” project aims to document and share pictures of animals, plants and fungi in the Austin area.

Students don’t have to go outdoors to contribute to science. Many games are available for those who prefer to sit under the bright fluorescent lights of their favorite UT buildings. Reverse the Odds is a game that helps humanity in a way Candy Crush never will. Users play puzzle games that incorporate magnified samples of real tumor tissues and answer questions that help scientists learn more about cancer treatments.

There are also many entertaining games that bolster a player’s basic scientific intuition but don’t necessarily contribute to research. Check out the addicting game Little Alchemy. Players combine four starter fundamentals — fire, air, earth and water — into more and more complicated concepts, such as diamonds, bacteria and chickens. In the game Spore Origins, players design and grow an organism into a civilization. These games help users learn without realizing they’re learning.

The stereotype of the old scientist sitting in a lab doing research by himself is dead. The field is open to anyone who is interested, curious and ready to explore the unknown from the comfort of their own screens.