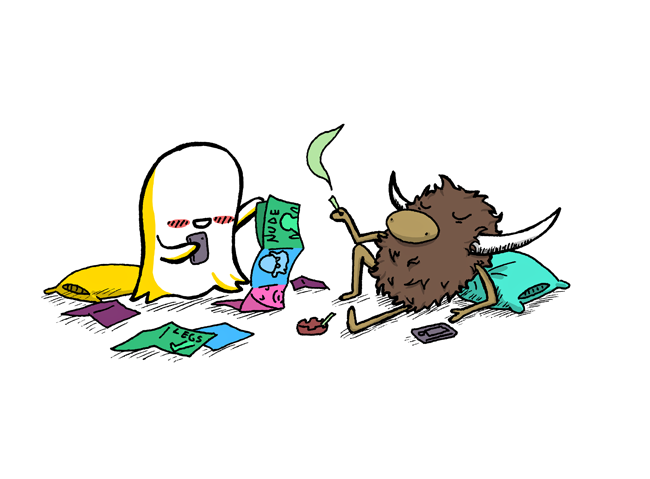 UTUnrated, a Snapchat account that receives hundreds of submissions from University students, publishes a daily Snapchat “story” that includes, on an average day, nude photos, videos of people snorting lines of cocaine and the occasional puppy picture.

Kevin Douglass, founder, moderator and philosophy sophomore, started the Snapchat account “utunrated” on April 5 and said the account has been removed twice for violating Snapchat’s policy on third-party apps. Snapchat users submit photos and videos to the account, and Douglass uses a third-party app to collect and post the submissions on Snapchat. The account is on its third handle — “utunrated5.”

“UTPD does not routinely monitor social media,” Posey said in an email. “However, if something is brought to our attention that warrants an investigation, we will pursue it within the limits of the law.”

Snapchat, popularized by its ephemeral quality of disappearing photos and videos, is currently ranked sixth on Apple’s “free apps” list. Douglass said he selects which of the thousands of submitted photos and videos make the cut.

“[I select] whatever makes me laugh personally [and] whatever I find enjoyable,” Douglass said. “That’s not to say at all that if I don’t enjoy it, I won’t post it.

Since I’m running this account so that however many thousand people can see things, I know the rest of those 10,000 people don’t want to see … just what my preferences are.”

There have been instances of creepy submissions, Douglass said.

“I won’t engage in anything that promotes violence, physically or sexually, [or] anything unconsensual [sic],” Douglass said. “People will send pictures of someone following a girl in public, and that’s really creepy and really wrong.”

The no-holds-barred approach of UTUnrated is exactly what turned corporate communications freshman Megan Adler away from adding the account to her Snapchat.

“I don’t have it because I’ve seen it, and it’s terrible,” Adler said. “It’s just inappropriate and not right. It’s just trashy.”

“I think it’s one of the things that comes up with Snapchat,” Gosling said. “It just disappears, and the fact that you’re doing it through someone else [makes] you feel you’re not an individual anymore. That’s why you see such harsh comments in other places — below videos, on Yik Yak and other things like that.”

According to Douglass, UTUnrated is more successful at its goal than other platforms with a similar purpose, such as Yeti, an app that allows college students to post their life stories, because it works off an app that people already have.

“I’ve seen similar applications with the same concept,” Douglass said. “They weren’t allowed to post any actual nude pictures or pictures or videos of uncensored things. … Some of the content we get is … a lot of the obscene, vulgar displays of sexual acts, and whatever we get just wouldn’t fall under the guidelines of what Apple would allow in their app store and actively promote.”

This article has been updated since publication. UTUnrated has changed its snapchat username to "utunrated5."