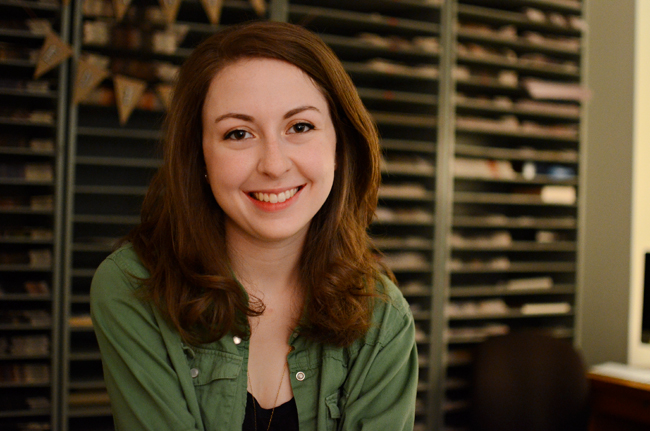 Editor’s note: A 30 column is a chance for departing senior staffers to say farewell and reflect on their time spent in The Daily Texan’s basement office. The term comes from the old typesetting mark (–30–) to denote the end of a line.

That was the sound we heard in the basement as a troop of reporters, photographers and videographers descended down the stairwell, exhausted and triumphant and newly-returned from San Antonio.

It had been a long night. Every night at the Texan is long in its own way, but this one had been particularly demanding. Just 48 hours earlier, our delusionally cheerful managing editor had sent us scrambling, asking us to send seven reporting teams to four different cities to cover the midterm elections.And somehow, fueled by coffee and desperation and a few pounds of jelly beans, we’d made it happen.

The Texan’s election night coverage rivaled — and in some cases, bested — that of major publications statewide. The night was a success. The paper, already on its way to the printer, looked great. It was well past midnight. After all that effort, the day’s work was finally finished.

Except … it wasn’t. Because when we rose to greet the last team as they crashed down the stairs, Madlin Mekelburg got out of the car and greeted us thusly: “Did you see the guy getting arrested down the street?”

We all paused. Julia Brouillette, the semester’s indefatigable cops reporter, gave me a knowing look. Behind me, someone groaned. The design editor laughed — and then we took off into the night to do it all over again.

It isn’t always easy to care about things. Caring too much can be, at times, a bit of a hazard. I will always remember the time Nicole Cobler and I worked on one Student Government story for six hours, only to find a typo in the first sentence the next morning. When I found it, I started crying in the middle of the West Mall.

But that depth of emotion, the cost of caring, is one I would gladly pay 100 times over. That’s what the Texan has taught me.

The copy editors stay until 3:00 a.m., making sure every en-dash and em-dash adheres to AP style, even though most readers wouldn’t notice the difference. The designers spend hours waiting for edits to make sure every stroke is just the right weight, instead of leaving early. Every single one of the 200-odd people who work here give their all each time the Texan beckons. And at the end of this especially exhausting night, just as we thought we were finished, we learned there was a new story to be told. And so we decided to tell it.

People come to the Texan for any number of reasons — to make friends, to take photos, to tell stories that matter — but they stay for just two. They care for the work, and they care for each other.

To love any community this much is difficult. To leave this place is near impossible. I am luckier than I’ll ever be able to express for learning what it means to care and be cared for in my time at The Daily Texan.