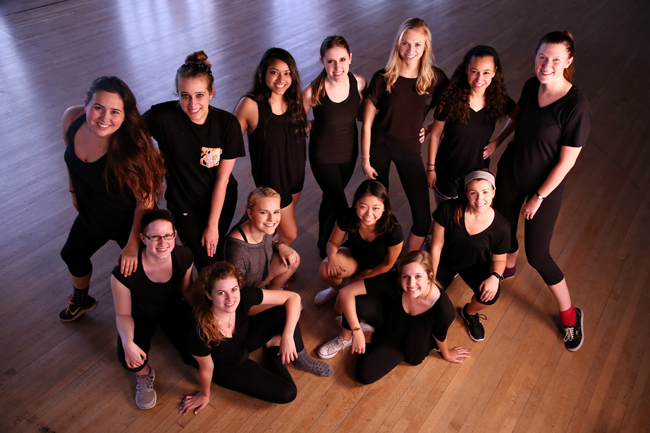 Members of the STEEL Dance Company aren’t sure how the group got its name — but they have a team Facebook page now, and they’re ready to put that name on the map. The club members, who aren’t even sure who started the UT club 14 years ago, are hoping the page will help spread the word about the team’s upcoming spring showcase.

STEEL is made up of 19 members who primarily perform hip-hop, jazz and contemporary routines. Some dancers focus on hip-hop, while others focus on ballet. The team will perform the first of two showcases Sunday.

“Our show is filled with different styles,” Bender said. “The dances change, every other one. It’s not going to be four hip-hop routines or four jazz routines. They are all going to be different.”

The 13 dances the company will perform include an opening jazz number with the entire club, followed by trios, duos and solos. Audiences can expect to hear music by Ingrid Michaelson and Etta James as well as several mashup songs, including “G.D.F.R.” by Flo Rida.

Bender said she prefers to participate in larger group performances because she feels like they convey an energy smaller shows do not possess.

“I think the adrenaline and the energy from everyone else on stage really rubs off,” Bender said. “That’s why I like to dance and why I like to perform.”

Despite practicing twice a week and performing two times a year, STEEL members said they pride themselves on being the most laid back of all the dance clubs on campus. Bender said the club serves as an outlet for dancers who aren’t pursuing a major in dance.

“We’re still really passionate about dance,” Levens said. “Most of us having been dancing our entire lives. STEEL is something that we’re still able to do without it being time constricting.”

“For me, it’s all about finding the song first,” Miketinac said. “If you pick the right song, and you’ve been dancing as long as we have, it just comes naturally.”

To facilitate original choreography, STEEL hosts a choreographers workshop every semester in which members are encouraged to share moves and routines for the spring show.

Members of STEEL agree their show aims to connect dancers and audience members through music and movement. Bender said she hopes that audience members get something out of the group’s showcase.