University focuses on compost efforts to try and reduce waste 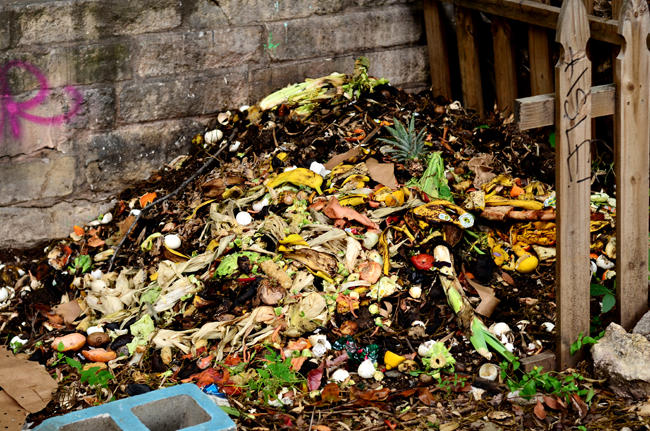 Jennifer Hobson, UT’s Zero Waste program coordinator, said the University tries to reduce its waste mainly by composting, recycling and reusing materials. The University has recently focused on its composting efforts by adding a compost program to the Union, according to Hunter Mangrum, Division of Housing & Food Service environmental specialist.

“Over 300 tons of compostable material are provided by DHFS each week, all of which is processed in a matter of months,” Mangrum said.

The Microfarm’s compost is used to fertilize its produce, so the farm can stay self-sustainable rather than purchasing compost, Bergel said. She said the farm doesn’t accept any animal products, grains, oils or grease, diseased plants, weeds or compostable plates and utensils in its composting pile, even though they are all compostable materials.

“Since [our compost] is not an industrial pile, and also because we provide some of our produce to DHFS, we need to follow certain guidelines about what to not include in our compost piles,” Bergel said.

The City of Austin has a similar “zero waste” objective to divert 90 percent of all waste materials to composting, recycling or reusing by 2040, according to Emlea Chanslor, public information officer and marketing manager for Austin Resource Recovery.

“Our next milestone is to achieve 50 percent diversion by the end of the year, which is a challenge since we’re currently at around 40 percent,” Chanslor said.

A compost-collecting pilot program which would help further the city’s zero waste goal is currently looking to expand, but it’s waiting for City Council’s approval and funding, Chanslor said.