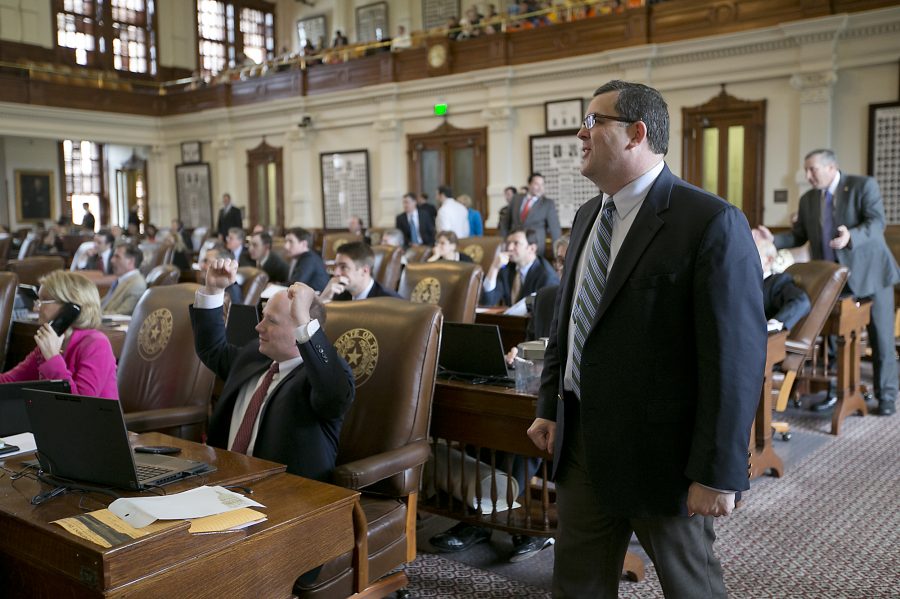 After the Texas Senate passed the “campus carry” bill Saturday, the House quickly responded by approving the bill Sunday for the 84th Legislature.

Senate Bill 11, which Sen. Brian Birdwell (R-Granbury) authored, passed with a 98–47 vote and is expected to be signed by Gov. Greg Abbott.

At one point, Senate Democrats appeared to have stopped campus carry until members in both legislations resolved their issues. The bill passed after the House urged an amendment allowing university presidents the ability to establish gun-free zones on campus, and the Senate gave private institutions the right to opt out completely.

House Rep. Donna Howard (D-Austin), said the bill goes into effect for junior colleges in August 2017, and other institutions will begin in August 2016.

Having voted against all forms of the bill, Howard said nothing good will come of this for higher education.

“This is a political piece of legislation, aimed at appeasing a very small but vocal segment of the electorate and will do nothing to make our higher education campuses safer,” Howard said. “Instead, it is likely to add greater danger to any active shooter scenarios, create confusion over which areas are allowable for firearms and create an unfunded mandate for institutions who say that these provisions will be costly to improve.”

Radio-television-film sophomore John Monroe said, although concealed licensed holders are good for protection, the private institution should be able to make its own policies. Monroe said allowing campus carry at public universities on the other hand could be questionable.

“As for gun-free zones in public universities — I’m not sure,” Monroe said.  “I can see where they would be beneficial, but that seems like a slippery slope to me.”

“The gun free zones amendment was a reasonable inclusion and still allows a greater accessibility for handgun license holder with a limited restriction from university administrators,” Yandell said.

Although she said it was a good thing for the bill to pass, Yandell said she is concerned that universities could abuse the discretion amendment in a way that was not intended by the legislation.

Student Government President Xavier Rotnofsky said he and Vice President Rohit Mandalapu lobbied for an opt-out clause with other school’s SG presidents and vice presidents. Rotnofsky said, while the bill does not address issues allowing guns in medical or mental health facilities, the amendment provides some benefits for the University.

“The passed bill provides the University a little more discretion in enacting campus carry,” Rotnofsky said. “So now we look forward to working with school administrators, the Board of Regents, faculty, and students in designating areas on campus where guns are still prohibited.”

Laura Hoke, chief of staff for House Rep. Eddie Rodriguez (D-Austin), said campus carry is a terrible bill, but the amendment provides some benefits to universities.

“The anti-gun advocates understand that this bill was going to pass,” Hoke said. “While this is a horrible bill, this is probably the best we could have done in this session to water down the bill and allowing for more control from presidents and regents of the universities.”

“This summer, I will begin working with the UT Police Department, students, faculty, staff, student housing officials, the Chancellor, and the Board of Regents to develop those protocols for The University of Texas at Austin,” Fenves said in the email.