Texas heads to Oregon for Track and Field NCAA Championships 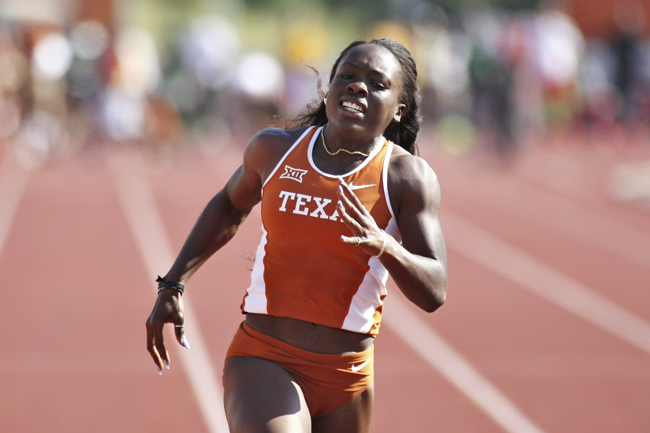 Texas will compete in Eugene, Oregon, for the Track and Field NCAA Championships this week.

The races will begin 11 a.m. Wednesday with the women’s heptathlon 100-meter hurdles and continue through Saturday with the final even being the women’s 4×400-meter relay.

After Texas’ success at the Big 12 Championship and the NCAA West Preliminary rounds, in which Texas had two men’s sprinter and seven women’s entries qualify for the championship, Sategna gave props not just to his athletes but to the coaching staff, also.

"It goes back to the coaches and their preparation, their attention to detail on the little things and when to put the right people in the right place at the right time," Sategna said. "No meet will go perfect. The big thing is to get everyone healthy and rested up this coming week and go to Eugene to put ourselves in a position to win the team title."

“We’ve been putting in the hard work since September, and now it gets to really be seen,” Akinosun said. “A meet like this is one of the very few times in track and field that the team concept comes to mind; you’re not just running to win. You’re running for your team.”

Also on the Bowerman watch list is Texas thrower, Ryan Crouser. Unlike Akinosun who recently broke the Top 10, Crouser has been sitting at the top all season.

Crouser is a three-time NCAA shot put champion and holds the school record in outdoor shot put with 21.39 meters. The field star will be looking to defend his title at 5:30 p.m. Wednesday.

As the different Longhorns compete for their first or consecutive championships, ESPN and ESPNU will be airing the meet live.