Fenves made the right moves during his first week in office 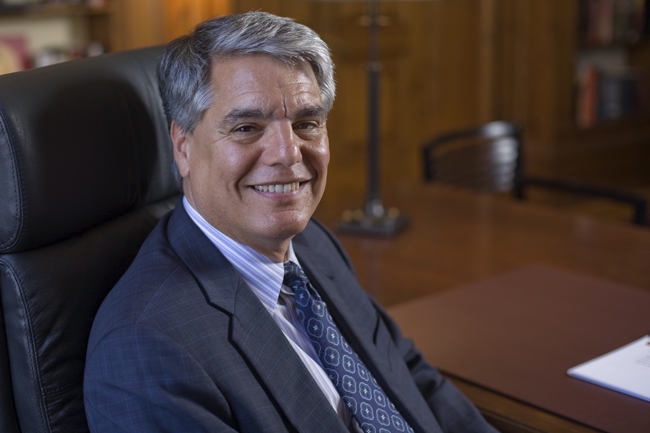 Gregory Fenves, the former provost and executive vice president, took office as University president last week and seems to be initiating promising change on campus and in our greater community.

During a press conference on June 3rd, Fenves introduced several ideas that would positively affect campus. His address indicated a deep understanding of University issues and inspires hopefulness that creative solutions to these issues will mark his presidency.

Perhaps the most hopeful indication of Fenves’s presidency is the “Innovating Excellence” program he introduced on his first day in office.

“[We will use] 21st-century approaches to build on the success of our core missions of educating leaders, expanding knowledge through research and scholarship and serving our diverse world,” Fenves said.

One of his first initiatives for Innovating Excellence will be expanding undergraduate research at the University. The move will not only improve the University’s standing as a research institution, but it will also make UT a valuable commodity for national research.

Fenves also discussed other issues on campus. In response to student concerns about “campus carry,” Fenves stated that he planned to comply with the law while developing campus-wide safety policies as part of the limited opt-out clause that allows for president-determined gun-free zones on campus.

“We have about a year to develop those policies,” Fenves said during the press conference. “Campus safety is paramount.”

He addressed other issues important to the UT-Austin community, such as promoting a positive relationship between East Austin and UT. He has already met with community leaders in order to begin the process, which will be critical as University facilities expand eastward to circumvent the University’s housing crisis.

As time passes, we will see how Fenves really works for the University. But, thus far, he has demonstrated a commitment to progress. Not only has he already met with employees, students and community leaders to gauge the concerns of the public, but he has begun to address issues.