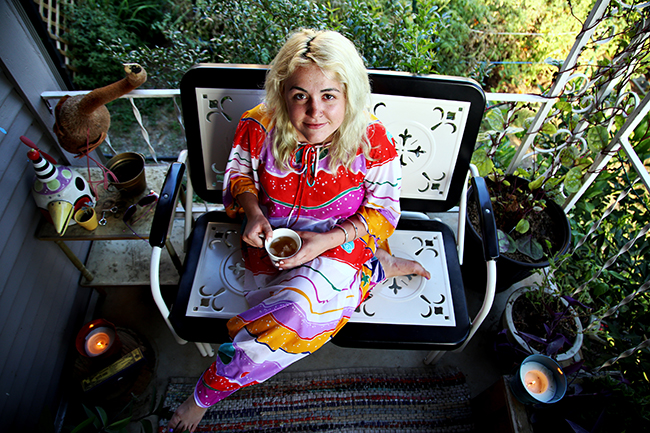 Inspired by the Greek muse of eloquence and epic poetry, Austin-based singer Carrie Fussell decided in 2009 to name her six-piece band Calliope Musicals.

“The other lead singer and I started out as a folk duo,” Fussell said. “Then we hit up Craigslist, sent some feelers out and found some people interested in doing something. Our ad was for ‘general merrymakers.’”

Since the band’s inception, the UT alumna and her psychedelic party-folk group has released two albums, Magic Militia and most recently, Clouds on Fire. The band frequent music festivals such as Austin City Limits and its performances often include confetti cannons, animal costumes, candles and dancers.

“It’s really cool to see people get really happy and do things they might not usually do,” Fussell said. “We try to gear our performances toward making people feel good about themselves.”

Catch Fussell’s next Austin performance at the Spider House Ballroom on June 27.