Water restrictions prevent 1,000-foot waterslide from setting up in Austin 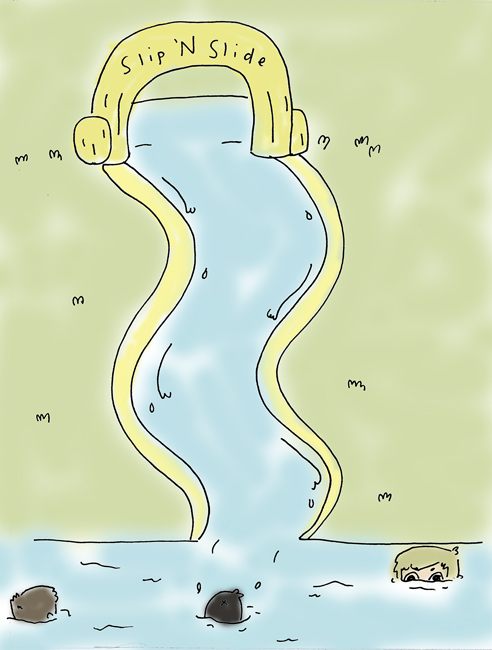 Even with all the rain Austin received over Memorial Day weekend and since, water restrictions are still in place — preventing a 1,000-foot waterslide from stopping in the city.

Slide the City, a national traveling waterslide company from Utah, started working with city officials to come to Austin this summer. Water Conservation Division Manager Drema Crist Gross, said she is only aware of the company working with her and special events manager Frances Hargrove with Austin Center for Events.

Despite the recent rain, Gross said drought restrictions are still in place and will prevent the slide from coming.

“Austin remains in Stage 2 drought restrictions,” Gross said. “While the decision to lift restrictions rests with the city manager, we do not anticipate any change this summer.”

Emerson Hamilton, event director for Slide the City, said the group considered trucking in water from out of state and donating it to the water aquifer after a dechlorination process took place. Under the drought restrictions, Hamilton said the slide fell under the fountain category, which is prohibited.

According to the City of Austin’s water restriction page, fountains with spray of four inches or more are prohibited.

Hamilton said the company is waiting for the City’s decision.

“We’re definitely wanting to play by the rules in Austin and we will wait it out,” Hamilton said. “We hope Austin gets enough water to remove those restrictions, but we’ll sit tight until things change.”

Marian Ebhamen, communication studies and corporate communications junior, said it is unfortunate not to have the slide as an Austin attraction.

“It’s unfortunate because Austin is known for cool things like that,” Ebhamen said. “Some of the other things Austin is known for, like Hamilton Pool and Barton Springs, have been off limits because of the flooding.  [The slide] is just adding to the trend of Austin attractions being taken off the list.”

Roy Waley, vice chair of the Austin Sierra Club, said hosting the slide, regardless of water conditions,  would send the wrong message in a drought.

“I think [the slide] sounds like it would be a lot of fun,” Waley said. “But I think it sends the wrong message to people when we are asking them to conserve water [and then] we have a wasteful water use.”

Waley said the Sierra Club would consider it if more focus was placed on reusing water for landscaping and teaching about water conservation.

Business sophomore Parker Sewell said his sister went to the slide but did not ride it in Fort Worth because of technical problems. Sewell said the City should consider its options.

“I think it would be a really cool thing for our city to have,” Sewell said. “However if it does not work, then no, we shouldn’t bother with it.”