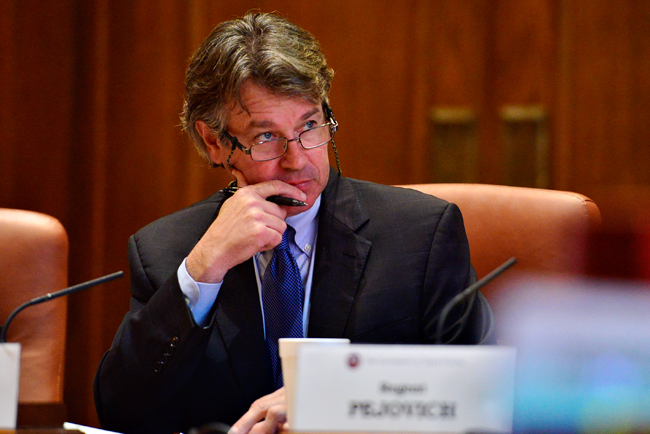 Yearslong hostility between Texas legislators, the University of Texas System Board of Regents and top UT administrators intensified June 15. Texas Attorney General Ken Paxton asserted in an opinion that Regent Wallace Hall is able to hire outside legal counsel to represent him in a suit against UT, should he choose to file one, at the expense of the UT System.

Hall could make the bizarre decision to file suit against his own the University system in order to obtain protected student information long denied him by the University. The information will further illuminate a Kroll Investigation report that found top administrators, former UT President William Powers Jr. among them, guilty of admitting underqualified students into UT because of political or familial connections.

In response to these wrongs, former UT System Chancellor Francisco Cigarroa launched a preliminary investigation into UT’s admissions proceedings. The findings were conclusive enough to legitimize a full external investigation.

Despite both the Kroll report and the impending external investigation, the University denied Hall complete access to the files, arguing that they would not be used for educational reasons and that privacy laws protect the student records at issue. And now Hall’s license to get outside counsel has poised the issue to become even more tense.

This tension centers upon a debate over the scope of the regents' powers and Hall’s intentions for the information.

Hall claims that he is acting within the legitimate scope of his obligations as a regent to oversee the interests of the UT system and protect it against wrongdoing by wayward faculty. Many within the Legislature, however, claim that his actions go far beyond that scope in order to conduct a “character assassination” of top administrators. These conflicting opinions culminated in the House Select Committee on Transparency in State Agency Operations filing ultimately unsuccessful impeachment proceedings against Hall.

The UT administration is in the precarious position of balancing Hall and the Legislature because of the important relationships it maintains with both. The University granted Hall the documents that privacy laws do not protect and have some educational benefit, but UT system Chancellor William McRaven maintains that Hall’s full request goes “well beyond any reasonable desire to be better informed as a regent.” But, Hall has not backed down and now has powerful support for taking this issue to court.

The question remains whether Hall is acting, as former Gov. Rick Perry suggested, in a stalwart manner by seeking to illuminate past ethical violations and institutional inefficiencies, or if he is acting destructively by conducting an overzealous witch hunt beyond the legitimate bounds of a Regent’s role.

Early in Hall’s quest, the former seemed most likely. The investigation had the ambitious and necessary intent of calling out the unethical admissions practices carried out by very powerful individuals. But, his divisive action to satisfy that end and reluctance to stand down made his behavior professionally untenable.

Hall’s investigation has inhibited working conditions among the Board of Regents, the UT administration, the UT Chancellor, the UT General Council, the Attorney General of Texas and the Texas Legislature. In so doing, he has shown he is incapable of sacrificing his own concerns, justified though they may be, for the wellbeing of the University as a whole.

Even if Hall is given the benefit of the doubt by assuming that he does act with the best intention for the University, he must submit his will to the consideration of others working within the system he is entrusted with defending: the other regents that vetoed his requests, chancellor McRaven and numerous legislators. Not doing so precludes him from conducting his job professionally in the future. He perpetuates a hostile environment with each further action to get this information against the will of these other parties. For these reasons, I believe Hall has damaged too many professional relationships to continue his hunt. Now, a siege mentality hinders all involved, which could inhibit the University’s progress for years to come.

Clark is an English senior from Lake Highlands.