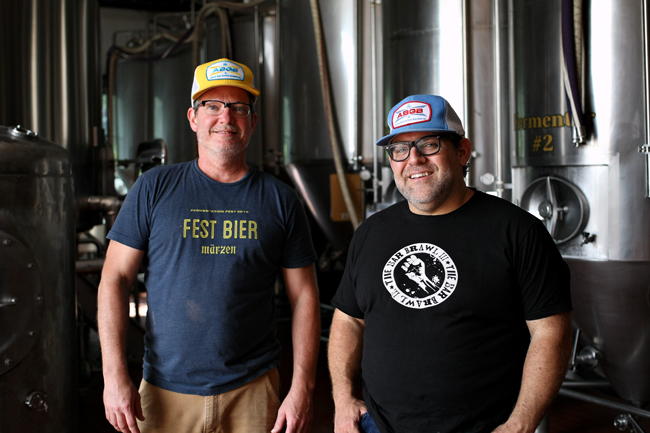 Austinites can drink craft beer, have their minds read and bid on festival tickets at Austin Beer Garden Brewing Company’s benefit for Nepal on Thursday night.

UT alumnus Mark Jensen, co-owner at the ABGB, will co-host Heart and Soul: Benefit for Nepal, which starts at 7 p.m. All proceeds will be donated to those affected by the recent earthquakes in Nepal that left more than 25,000 people injured.

Tickets for the three-hour-long event cost $15 and include beer, frozen treats by GoodPop, music, mind reading by The Girl Who Knows and games. Attendees can enter a silent auction, which includes tickets to Fun Fun Fun Fest, gift certificates to Odd Duck and St. Bernard and nights at Hotel San Jose and Hotel Saint Cecilia.

“We’re excited to host this,” Jensen said. “There will be a lot of good music and dancing, and it’s for a good cause. Don’t forget dancing shoes and those generous wallets.”

UT alumna Candice Digby, the event’s coordinator, said she was inspired to take action when she heard about the devastation in Nepal.

“I felt strongly about needing to do something to help,” Digby said. “There are just so many people who can use it.”

Hannah Goetz, UT alumna and local popsicle vendor GoodPop’s marketing associate, said the company is enthusiastic about taking part in the event and will be handing out a variety of treats on a first come first serve basis.

“Whether the pops are an incentive to get people excited about the cause or we donate directly, we jump at the opportunity to do what we can,” Goetz said.

One of Austin’s youngest street performers, Plan II junior Sofia Dyer, who goes by the moniker The Girl Who Knows, will perform magic and mind reading shows.

“[The Girl Who Knows] is awesome,” Digby said. “She does a really cool mind reading act and puts on a good magic show.”

“The DJs are really old friends of mine and they’re incredible, we’ve been watching them for years,” Digby said. “When I contacted them about performing they were automatically all in.”

Like Cha Na Na and Dug Fresh, Digby said all the people she reached out to were eager to get involved with the benefit. Digby and Jensen said they expect more than 200 guests.

“We’ve had a pretty overwhelming response from people who are willing to volunteer their time and skills,” Digby said. “It’s been a cool experience.”

Jensen said he is excited the brewery will have a chance to help make a difference by bringing people together.

“We started this place with the idea that beer makes it better, and while that can mean hanging out, it also means making the world a better place,” Jensen said.

Jensen and Digby said they are hopeful the beer, music, dancing and good vibes will help make a difference to those in Nepal on their path to recovery.

“We believe beer has this innate goodness that can emanate in many different ways,” Jensen said. “We believe in the power of beer to do good.”