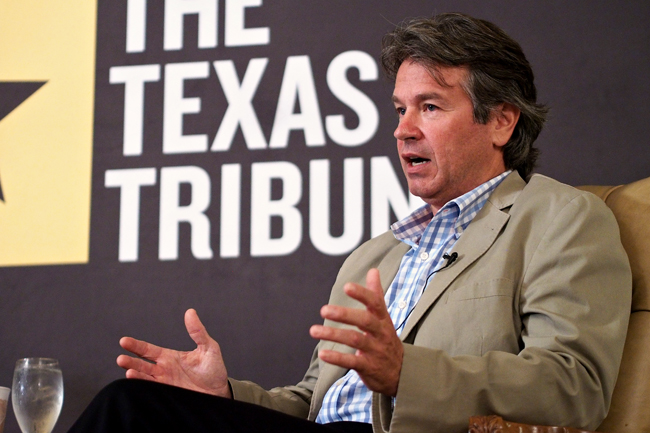 UT System Board of Regents member Wallace Hall is suing Chancellor William McRaven for withholding information about “influence-peddling” in admissions.

Hall began requesting access to thousands of Kroll Associates, Inc. documents used in the admissions process in early March. After an initial investigation, which Kroll conducted, showed former President William Powers Jr. had admitted some under-qualified students to the University, Hall pursued his own investigation.

He petitioned for the court last Monday to rule McRaven’s refusal to give him requested information is outside his legal authority and mandate him to hand over the documents.

“As a matter of law, System officials lack the authority to restrict a Regent’s access to information that he deems necessary for the performance of his official duties,” the suit said.

The System received notice of the lawsuit the next day, System spokesperson Jenny Lacoste-Caputo said.

FERPA laws dictate that schools must have written permission from parents or eligible students before releasing information on a student’s educational record. There are exceptions to whom schools can release information without written consent, including “school officials with legitimate educational interest.”

Hall asserted his independent investigation into admissions fell under legitimate educational interest, citing a Regent Rule mandating each regent to understand operations, management, finances and effectiveness of academic, research and public service programs of the UT System. He also specified his concerns with the admissions process as more evidence of legitimate educational interest.

Hall argued that members are required to have access to information to help them perform their duties as regents.

Attorney General Ken Paxton agreed Hall had legal grounds to sue for access to admissions-related documents and approved his request June 15 to hire outside legal counsel.

The Kroll investigation discovered the president could and had overridden decisions made by the admissions office of the University. On February 12, Powers admitted to intervening on 73 students’ behalf over a five-year period.

The investigation also found that legislators’ recommendations held more impact because the legislature controls funding for the University.

“Hall is concerned about the thoroughness of the chancellor’s quick, unilateral adjudication, and Hall continues to have concerns about the University’s admissions process,” the suit stated.

McRaven did not mandate any disciplinary action after receiving the Kroll investigation findings. He condemned Hall’s pursuit of total access to admissions documents as overstepping his boundaries.

“I regret that Regent Hall believes the lawsuit is necessary or appropriate, but I am confident that my actions are in compliance not only with what the law requires, but also with what is in the best interest of our students, patients, and employees across the U.T. System,” McRaven said in a statement Tuesday.

If Hall wins the suit, the court would order McRaven to grant him access to all admissions-related documents he sought. And under the exceptions of FERPA rules, the UT System would have to “comply with a judicial order or lawfully ordered subpoena.”

The Texas Coalition for Excellence in Higher Education, an organization dedicated to promoting supporting Texas higher education, said in a statement June 24 education administration should not become political.

“It is obvious that this lawsuit is political and has nothing to do with advancing public higher education in Texas,” the statement read. “Chancellor McRaven is the CEO of the UT System and has the support of the majority of the Board of Regents. He is correctly and appropriately acting in his professional capacity, and in the best interest of Texas students and their privacy.”

Correction: An earlier version of this article contained an outdated caption. That caption has since been deleted. We deeply regret the oversight.