Junk food tax would do more harm than good 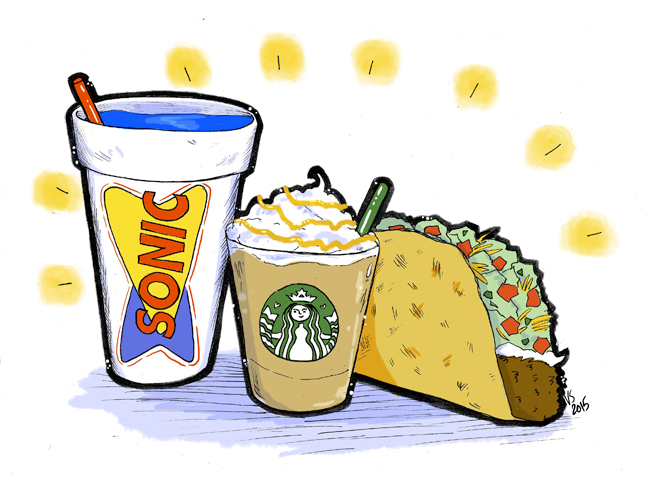 Summer is the season of parties, barbeques and overindulging on junk food. Such unhealthy habits do not end with the arrival of fall. Time reported on June 26 that only one-third of consumers consider their diets healthy. Unfortunately for those unhealthy two-thirds of Americans, their diets will hurt their health and their wallets.

These habits have been combated before using a “junk food tax,” which increases the extra price of unhealthy products. The idea of a “junk food tax,” or a “fat tax,” has been around for decades. In 1942, physiologist A.J. Carsen thought that charging people $20 for every pound of unnecessary weight they carried would help finance World War II and encourage overweight Americans to slim down. Although the “fat tax” has been given little serious thought in recent years, the concept of putting a tax on junk food persists.

Considering the worrisome outcome of Time’s report, it is a better time than ever to discuss the strengths and weaknesses of a junk food tax. Discouraging unhealthy eating is obviously beneficial, but the consequences of a “junk food tax” would far outweigh the benefits.

To start with, figuring out the specifics of the tax would be nearly impossible. What would be considered junk food? Would the term’s definition be based on sugar content? Or the number of calories per serving? Would products like red meat be included? Some foods are high in fat, but not sugar. Some products, like milk and fruit, can have high sugar contents but are still considered healthy. Applying a blanket definition of what constitutes unhealthy food to every single product supermarkets sell in their stores would be extremely difficult.

It would also be difficult to decide how to fairly apply the tax to every demographic. The tax would affect poorer people more acutely because, generally, the lower prices of junk food make them more accessible to those unable to purchase premium brand foods. It would affect minorities more than whites because, according to the National Poverty Center, there is a larger number of minorities who live in poverty. In addition, while most disease treatments do not exactly require high-fat or high-sugar diets, many patients with chronic illnesses must adhere to strict dietary guidelines. If their medical needs do clash with the tax, would they still be forced to pay the extra money? Since there are so many different diet requirements and levels of income in the U.S., it would be inappropriate to institute a tax that falls more heavily on poor or sick Americans.

Despite these problems, some places within the United States have tried to use the tax. In April, the Navajo Nation reservation became the first place in the U.S. to put a “junk food tax” into law. The reservation has a 10% obesity rate, and it is hoped that the tax will help reduce this figure. The reservation will also eliminate a previous tax on healthy food, and the money raised from the junk food tax will fund community wellness programs like farmers’ markets and greenhouses. Only time will tell, however, if these measures will help the general population or only serve to harm impoverished or ill citizens.

While the promotion of healthy eating is important, there are many problems attached to the idea of a “junk food tax.” It would be nearly impossible to make uniform rules and decide what falls under the umbrella of “junk,” and it would be equally as difficult to decide who and how much to tax. Let people decide what they should eat. It isn’t the perfect solution, but it’s better than causing new problems.