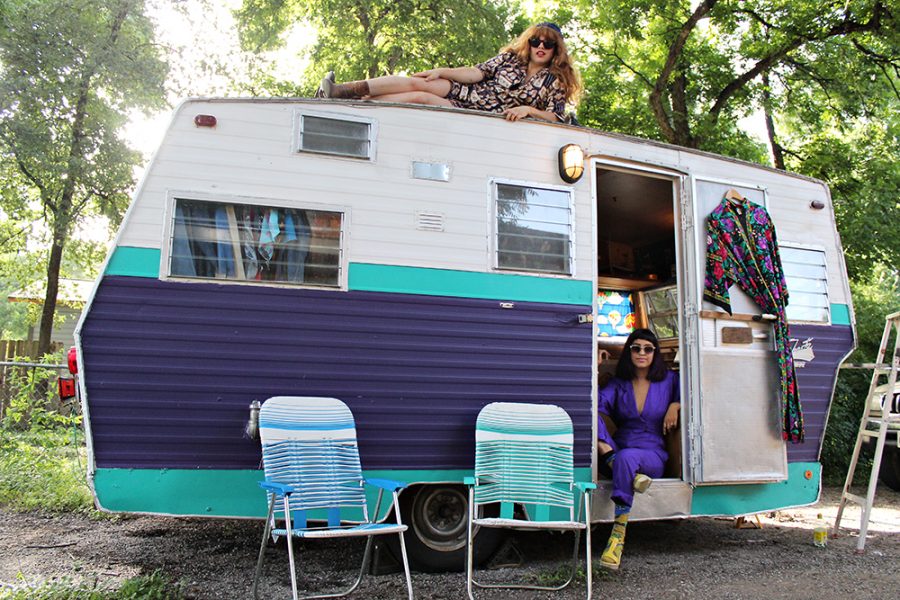 Local fashionista Stephanie Pulido and food-blogger Yvonne Montero are packing up shop in a 1971 camper and taking a little piece of Austin’s soul to the West Coast.

On Monday, vintage clothing shop Soul Rebel Vintage and Foxes & Forks, a Austin-based lifestyle and food blog, will kick of their tour to 10 different cities. For three weeks, Pulido and Montero will sell their merchandise, work on photo shoots and meet with other vendors.

From Marfa to White Sands, New Mexico, the duo said they hope to show the West Coast what Austin has to offer. Pulido said she started mapping out the tour over a year ago and plans to set up shop throughout the cities at music venues and flea markets.

“We just want to represent Austin and attract people that would be interested in a new local brand,” Montero said.

Pulido created Soul Rebel Vintage in 2013 when she began reselling the vintage clothing she collected, slightly altering each item she thrifts.

“I actually have my mother’s sewing machine from the ’70s that I use,” Pulido said. “So now I’m working on upcycling, whether that means altering the clothing, hemming it or transitioning it in someway to make it look a little more modern.”

Her desire to travel led Pulido to buy a Shatsa Aeroflyte trailer to function as a mobile shop. Soul Rebel Vintage hosts pop-up shops on a weekly basis and has participated as a vendor at South By Southwest and Fun Fun Fun Fest.

“That’s when I bought the trailer and converted that into a shop so that I have the opportunity to travel outside of Austin or even just travel around popping up shops,” Pulido said.

As a caterer, Montero, a native of Los Angeles, said she started Foxes & Forks as a way to tell people’s stories through the plates they share.

“I wanted to bring together personal stories, feeling and life experiences with plates,” Montero said. “I think food culture has a lot to do with who we are as people.”

Montero said she will work on creative projects, such as interviewing locals and discovering new recipes, throughout the tour.

“We want to be open to meeting everyone and do everything we possibly can,” Montero said. “I want to research different recipes and interview people and meet different women and just experience whatever the city brings to us.”

“It’s really cool to see women on the road with this big, old trailer and full of clothing and projects,” Montero said. “Nothing is stopping you at any time.” 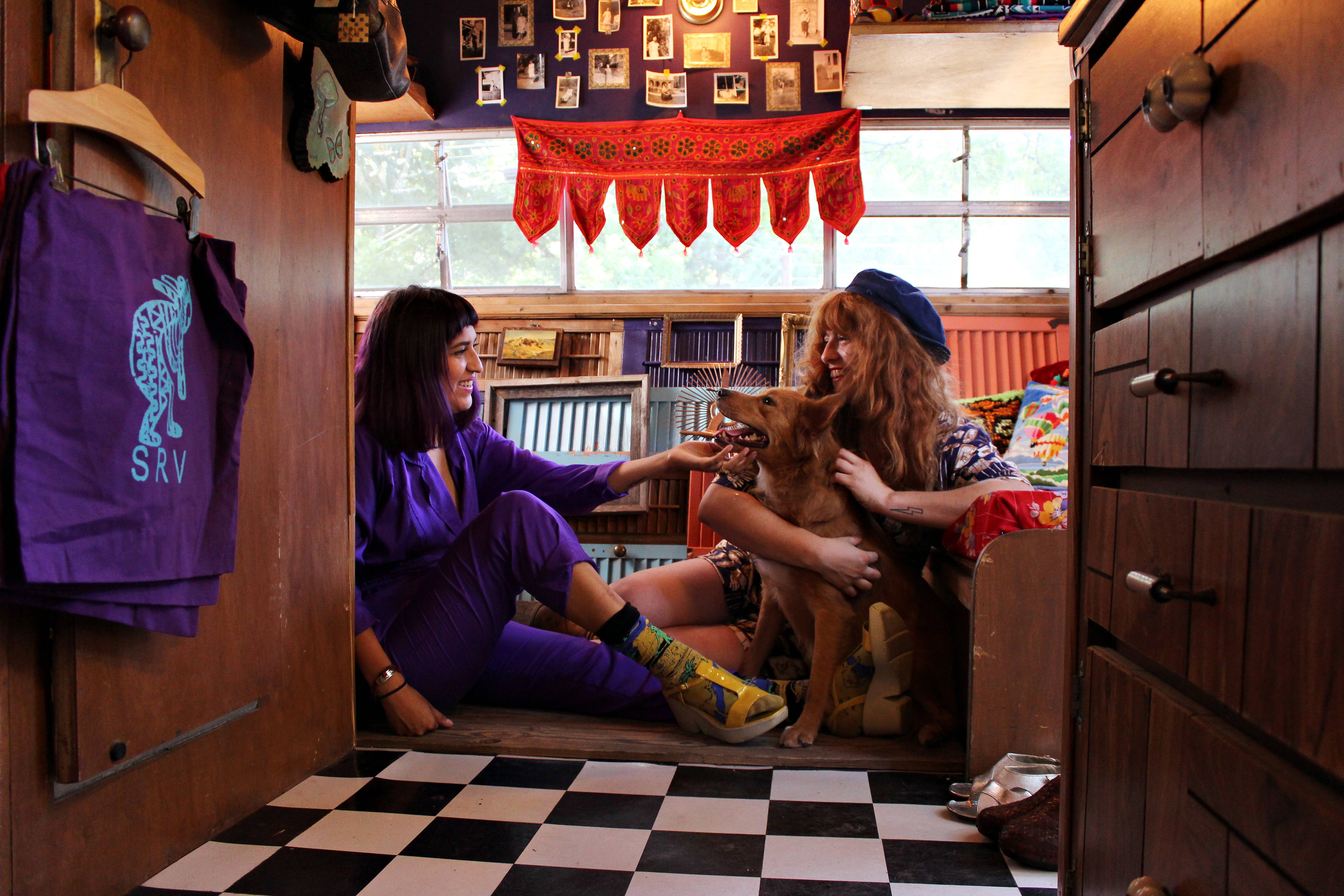 Pulido and Montero will travel in the camper from Austin, TX to the West Coast, going as far as San Francisco, CA. Tess Cagle | Daily Texan Staff