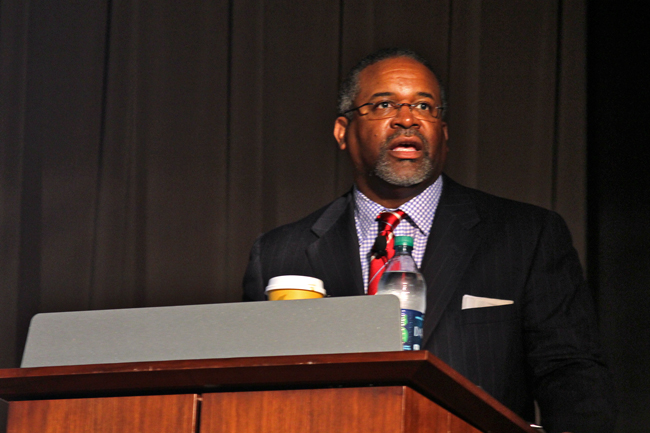 On Tuesday, a second public forum was convened — at the behest of the Task Force on Historical Representation of Statuary at UT Austin — to discuss the topic of statues honoring prominent Confederates on campus. A mixture of speakers, some in favor of keeping the statues and others opposed, shared their opinions before a packed audience and presented very divergent views.

The editorial board of the Texan, which I have sat on for more than a year, has long been in favor of removing perhaps the most offensive of these tasteless monuments, the Jefferson Davis statue. In March, we applauded Xavier Rotnofsky's and Rohit Mandalapu's joint campaign for Student Government president and vice president, respectively, when it made the removal of this statue a centerpiece of their platform. Even before the pair won their election, Rotnofsky and Mandalapu led the charge for SG to pass a resolution urging the statue's removal. The University's administration — with whom the ultimate authority to remove the statue lies — has finally taken notice, after months of debate and three instances of vandalism.

But town hall events, while organized with good intentions, are the wrong way to go about this change. The University should not need expert testimony or public opinion to know that honoring a traitor to this country who staked his legacy on owning other human beings — all with positively no direct connection to the state of Texas — is wrong.

The counterarguments to removing the statue are numerous, but none of them are especially convincing. Charges that such removal would be tantamount to distorting, altering or erasing history are nonsensical to the point of becoming laughable.

People do not learn history from a piece of stone on a pedestal. They ideally learn history in an educational setting — maybe a lecture at this University — with books and trained professionals. This allows controversial times in the past, such as this nation's bloody civil war, to be taught with the respect and necessary context it deserves. In this way, no one is attempting to remove Jefferson Davis or Confederates from the history books. (The Texas State Board of Education, however, is sure doing its best to remove references to the atrocities committed by them.)

On the contrary, exposure to a statue gives the memorialized people and their ideas certain legitimacy, as if to say Davis or his ilk's hateful philosophies still have a place on the 40 Acres. And while other non-Confederates memorialized had their shameful baggage (George Washington owned slaves and Woodrow Wilson resegregated the federal government), their greatest accomplishments were noble. Davis' greatest accomplishment, even according to his own defenders, was committing treason against the United States.

Statues such as Davis' should not be destroyed. Rather, they should be relocated to a museum where their role in history may be examined objectively and completely. I have long suggested the Bob Bullock State History Museum down the road, but the Austin American-Statesman recently suggested UT's own Briscoe Center for American History, in an effort to keep the historical artifacts on campus.

Horwitz is the Senior Associate Editor. He is a government senior from Houston. Follow him on Twitter @nmhorwitz.