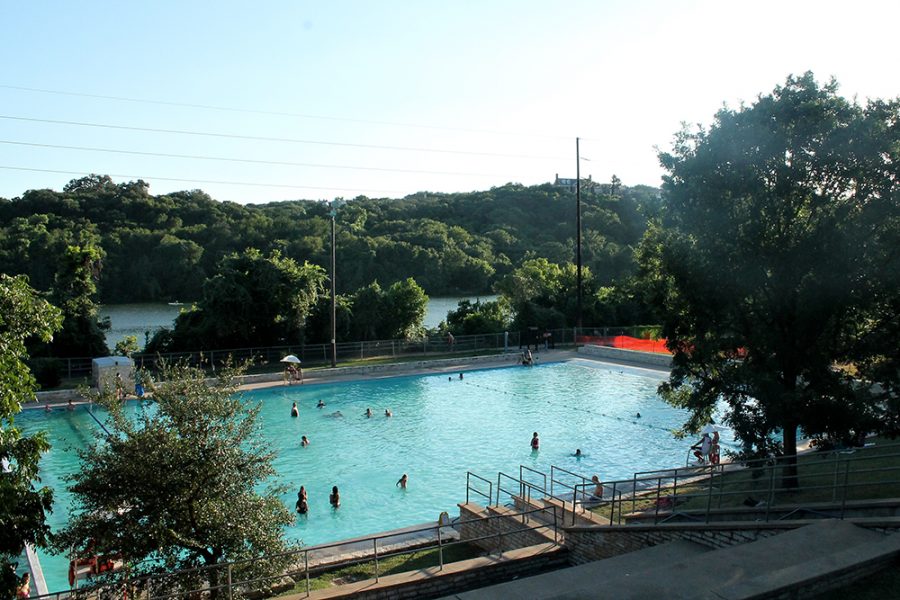 The temperature in Austin has averaged high nineties over the past week. Whether a swimmer is doing laps or just lounging, Austin pools offer local swimmers a place to cool off, but still enjoy the summer weather.

Austin is covered in places to swim, from public pools to swimming holes along the river.

On campus there are multiple indoor and outdoor pools, the most popular is located in Gregory Gym. Even though the outdoor lap pool at Gregory is being renovated until late August, students can still get their time in the pool at other spots around campus.

Senior Zach Lozano said that convenience plays a big role in deciding where to swim, especially for West Campus pools.

“I really like 26 West’s pool,” Lozano said. “It reminds me of something you would find at a resort as it’s almost always cold which is nice during one hundred plus degree days during the summer.”

But Lozano said every once in awhile he goes to Barton Springs.

“I enjoy it because it’s a staple to Austin and it’s all such a cool environment — literally — to be in on a hot summer day,” he said. “I like how refreshing the water is and how you can sit on the grass and really appreciate the city from the shade of a tree on a lawn.”

Although the pools on campus pose a convenient distance to travel, for some getting out on the outskirts of town provides an experience unlike any of the other pools can offer.

For junior Brandon Ramirez, a longer drive is worth it to go to his favorite spot: the Greenbelt.

“The water is great and spots are perfect,” Ramirez said. “There is one spot off of Lamar where you can go cliff diving. I prefer it over Barton Springs for sure.”

Ramirez said he goes at least twice a week to swim.

Sophomore Katie Henderson said her uncle got her a book containing locations of cool places to swim in Texas and said she likes traveling to them.

“It has all these places to swim in Texas and so many of them are in the Austin area,” Henderson said.

Henderson said the book has the historical information of all the pools and the book has helped her find some of her favorite places to swim in the local area.

“I’ve been to Hamilton pool before and it was absolutely gorgeous, but my personal favorite spot to cool off from the sweltering heat is Deep Eddy,” Henderson said. “It’s not as cold as Barton Springs, but still very refreshing, and I don’t have to drive that far.” 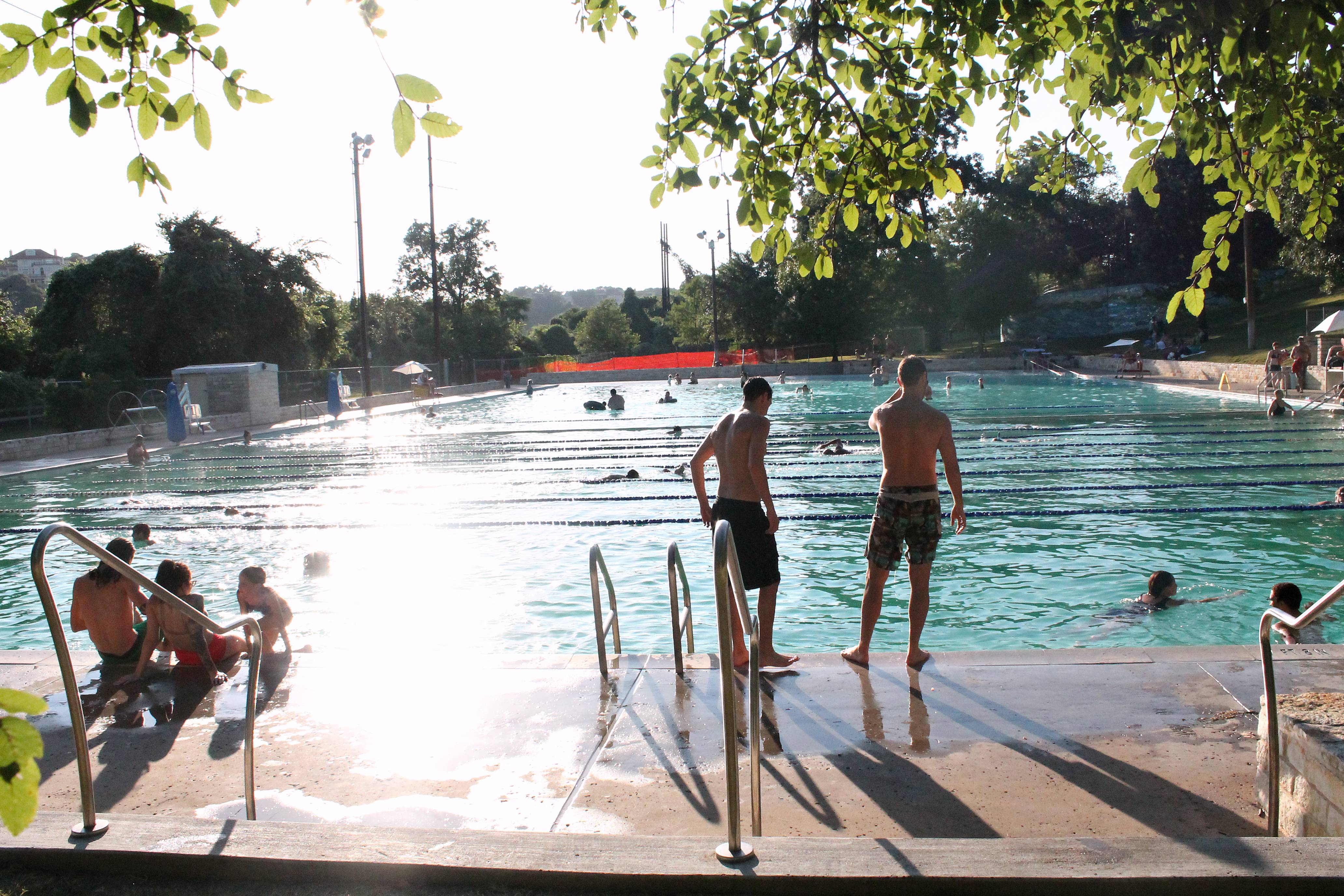