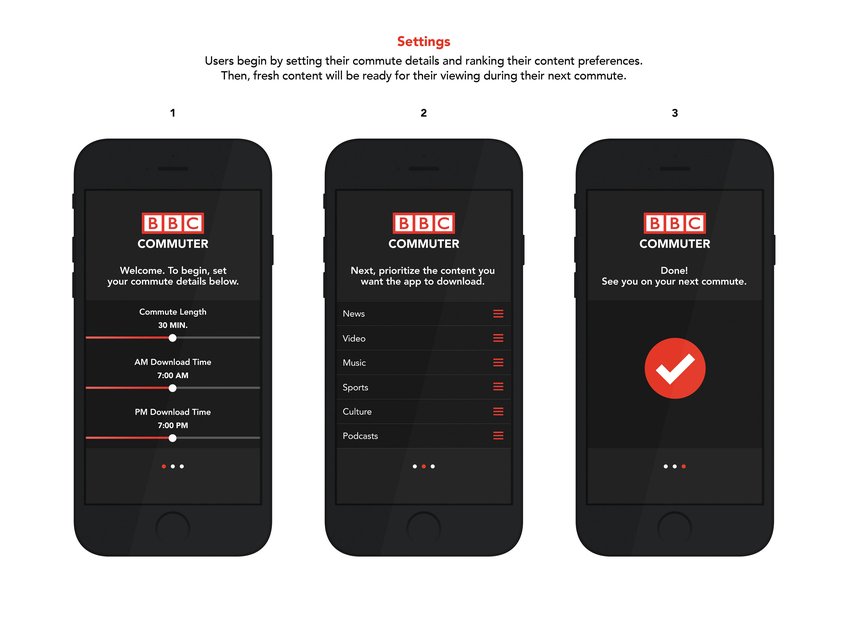 Recent graduates and former advertising students Warner Boin and AJ Ramirez had never been to the United Kingdom, but that didn’t stop them from creating an award-winning app design for the BBC targeting young, urban commuters.

The pair won a Pencil Award at the 2015 New Blood Awards for designing the BBC Commuter app.

The app would allow users to download personalized content before boarding the London Underground, or the Tube, which typically lacks cell phone service. Users could then view previously downloaded content offline while riding the Tube.

Boin, who wrote the copy for the campaign, said she was nervous writing for a foreign company with a foreign audience.

“We thought we were saying the wrong things the whole time,” Boin said.

Nonprofit design and advertising group D&AD hosts the international advertising and design competition annually which is eligible to anyone 18-23 years old.

Advertising graduate students Jackie Byrne, John Veazey, Alejandra Torres and Laura Cardona-Zuluaga also won a Pencil Award for their project, which aimed to connect girls without access to the Internet to information from people all over the world while raising awareness about gaps in education globally.

Byrne, Veazey, Torres and Cardona-Zuluaga entered “Reply:All,” a kind of global letter-writing campaign facilitated by their website, for the British advertising company WPP’s creative challenge. WPP asked teams to create an initiative to keep girls learning throughout the world.

Every year D&AD partners with professional brands which each present a unique creative challenge for the participants to choose from. This year’s options included challenges from 14 companies, including Facebook, Vice and the World Wildlife Fund.

Byrne said her team chose WPP’s creative challenge because it asked them to create an initiative similar to campaigns for nonprofits from organizations such as the Ad Council.

“So often you see [advertisements] selling things that may not be so great, and I think this was appealing to all of us for something that could actually change the world,” Byrne said.

The BBC’s creative challenge asked participants to create a way for the company to engage with young users and create an innovative user experience for their content.

The two teams came from classes taught by Sean Thompson, senior lecturer in the Stan Richards School of Advertising and Public Relations. These are the first two teams from the University to win New Blood Pencil Awards, according to Thompson.

“You always go into these competitions proud of the work but not expecting too much because great work comes from everywhere, and judging is so very subjective and so competitive,” Thompson said. “To make the breakthrough — it’s tremendous.”

Of the six members of the two winning teams, Boin was the only one who was able to go to London in July to attend the New Blood Awards awards ceremony and receive her Pencil Award. She also got to ride the metro.

“It was really cool going to London and seeing the Tube,” Boin said. “I just worked on my project for so long on this, and I’m actually seeing the way people act on the subway.”