The cult of designer bottled water 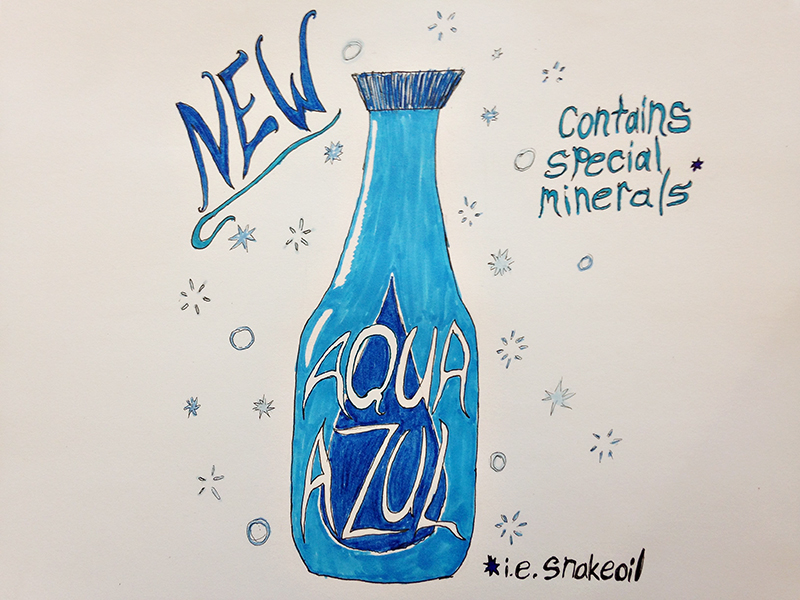 Water is the most important resource in the world. Our bodies are 60 percent water. We cannot survive without it for more than 72 hours. The need for water has influenced the migration, settling and development of every civilization. Yet within the past decade, some bottled water companies have begun to claim our history and biology are wrong, that water is somehow lacking, and that their special water, priced as high as $70 per bottle, is the solution. And a growing number of people believe them.

Enter the billion-dollar cult of “designer” bottled water, where hydration becomes a lifestyle and pseudoscience turns the thirsty into the faithful.

Take Essentia, a designer water company based in Seattle. Their water is “88% more hydrating” than other water, according to the company website, without providing any study or research to support this claim. How can their water be more watery than other water? Regardless, Essentia reported triple digit growth this May, and customer testimonies on the website (given by “Essentia Disciples”) claim the stuff works miracles.

Blk Water, sold in hundreds of stores across the States, is notable for resembling cold coffee. Its characteristic black-brown color derives from the “fulvic minerals” the company adds to every bottle. These minerals supposedly are “critical to the growth of all plant and animal life” according to the Blk Water website, which offers no scientific support for this bold claim. As hyped up as these minerals may be, without supporting scientific evidence, it seems the key feature of Blk Water’s marketing campaign is the color of their product.

Essentia, Blk Water and many other designer water companies make their water alkaline, giving it a pH greater than 7. They say alkaline water neutralizes the acid in your body that causes disease, promoting health, energy and fitness.

“Essentially, all these claims are bogus,” says chemistry professor Kenneth Jordan of the University of Pittsburgh.

“The human body needs absolutely no help in adjusting its pH,” adds Dr. Andrew Weil of Weil Lifestyle. “Unless you have serious respiratory or kidney problems, body pH will remain in balance no matter what you eat or drink.”

On top of the misleading health claims, the hundreds of designer water companies, like Essentia and Blk Water, that have entered the $13 billion bottled water industry in recent years bottle and sell what should be a public resource for 300 to 2000 times the price of tap water.

Marketing water as a status symbol is a ridiculous symptom of our nation’s runaway materialism. While Beverly Hills Drink Company sells $100,000 bottles of water to the rich and foolish who think their abundance of regular water just isn’t good enough, more than 780 million people in the world lack access to any drinkable water.

There is something in the water, and it isn’t the fulvic trace minerals, pretension or pixie dust. It is a consumer’s weakness for unsupported health claims. It is the relentless thirst for social status that should leave a bitter taste in our mouths, no matter how delicious the water.