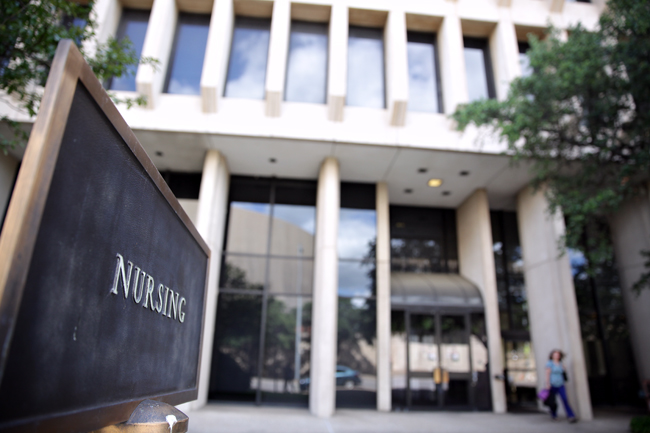 On July 23, the School of Nursing received final approval from the Texas Higher Education Coordinating Board to launch a new doctor of nursing practice program for the upcoming spring semester.

The University will begin accepting applications for the first class Aug. 15, said Jane Champion, nursing professor and director of the new program. The first class of the program will have 12 students, with the program expanding in the fall of 2016 to add 15 students each year. UT’s DNP program will be first such program in Central Texas and the 12th in the state, according to a press release.

“With our strong cadre of tenured and clinical faculty to lead the research and education efforts, I’m confident our DNP program will help meet the demand for more nurses who are able to provide leadership at the highest levels of health care in Central Texas and across the state,” said Alexa Stuifbergen, dean of the School of Nursing, in a press release.

“These focal areas fit well with the expertise at the School of Nursing, as we have a variety of faculty with many years of experience in the practice, teaching and scholarship of both advanced practice nursing and executive and administrative leadership,” Champion said in an email.

According to Champion, the University started the program in response to a study done in 2010 by the Institute of Medicine, as well as a report by the American Association of Colleges of Nursing, which both noted an increasing need for nurses with doctorates.

“The American Association of Colleges of Nursing first identified the need over fifteen years ago for a practice doctorate for advanced practice nursing due to the growing complexity of the health care system, the growth in scientific knowledge and sophisticated technology and the need for clinical career paths which would attract outstanding students and retain nurses in a clinical career in nursing,” Champion said in an email.

The Institute of Medicine’s study, “The Future of Nursing: Leading Change, Advancing Health,” called for the number of nurses with doctorates to double by 2020.

“Schools of nursing, with support from private and public funders, academic administrators and university trustees, and accrediting bodies, should double the number of nurses with a doctorate by 2020 to add to the cadre of nurse faculty and researchers, with attention to increasing diversity,” the study from the Institute of Medicine said.

In January and February 2014, the University surveyed nurses from several major health care providers in Central Texas, Champion said. Of the 1,400 respondents, 247 said they wanted a DNP, including 94 nurses who had the necessary prerequisites to be eligible for the University’s program.

“Hearing the news that the School of Nursing is able to offer more to all of us wanting to further our education is actually very exciting,”said Sandra Vega, a third-year nursing student. “Knowing I can complete and pursue all of my nursing education in one place that I love and with the people I'm learning with is something greater to be happy and proud about.”