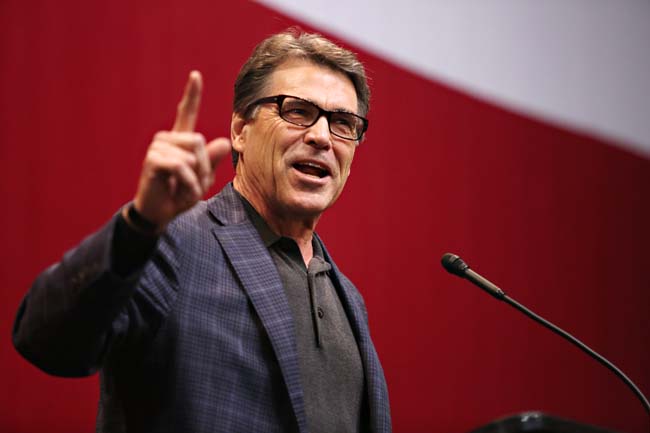 Former Governor Rick Perry surely rejoiced this week as a criminal charge for coercion of a public servant, one of two charges leveled against him in an indictment last year, was thrown out by an Austin appellate court on the grounds of unconstitutionality. However, the serious felony charge of abuse of official capacity remains.

Have you forgotten about these charges? Sometimes, it feels like Perry and the news media have.

The charges stemmed from  Perry’s threat to veto funding for the Travis County Public Integrity Unit, a team of lawyers who investigate statewide corruption, unless Travis County District Attorney Rosemary Lehmberg resigned in the wake of her arrest for driving while intoxicated. Perry later carried out that threat when Lehmberg remained in office.

As abhorrent as Lehmberg’s irresponsibility was, Perry’s veto still may have broken the law. While his use of the line item veto was perfectly legitimate, the use of the veto to enforce his own moral code is highly suspect. While he certainly has the power to veto funds, it is questionable whether the governor should be able to use that power to pressure a public official into leaving her post, even if she may be in the wrong. If the Governor was able to do that, he could theoretically pressure any state-level employee to resign if he disagreed with their personal conduct. He could have become the next Alberto Gonzales.

About a year into the indictment,  Perry’s public relations strategy seems to be focused on not making much of a defense by making light of the criminal charges. Perry has repeatedly laughed away the charges, and he’s done a very convincing job of it. A whopping 72 percent of Texans believed the charges to be politically motivated in a poll conducted in late 2014. The news media, as well, has been loath to cover the indictment, even as Perry has begun a new presidential campaign. While coverage of Perry discusses his immigration views or his prospects in the Iowa caucus, his indictment seems to be an afterthought in most reports.

It certainly should not be.

Perry might hope that this legal saga becomes just another “oops” moment for him, and while that certainly could happen, it doesn’t change the fact that he must treat the legal process seriously. While the news that one indictment against him was thrown out may have lent credence to his claims that the prosecution against him are weak or politically motivated, it doesn’t change the seriousness of the charge that remains. Perry vetoed funding to a unit that was investigating one of his pet projects, the Cancer Prevention Research Institute of Texas, for possible mismanagement and fraud.  And he vetoed it because, in his judgement, DA Lehmberg was unable to carry out her duties. Of course, in the case of two other DAs that were arrested for the same crime, Perry said and did nothing. But this one, apparently, was different.

While Rick Perry and many in the news media may be content to let Perry’s indictment fly under the radar, it raises serious questions about his ability to be commander in chief. As his campaign flies into full swing, Americans and Texans should be wary of his candidacy. A governor who uses the power of his office to settle political scores and ignores charges stemming from that conduct is not the kind of man Americans should want in the Oval Office.