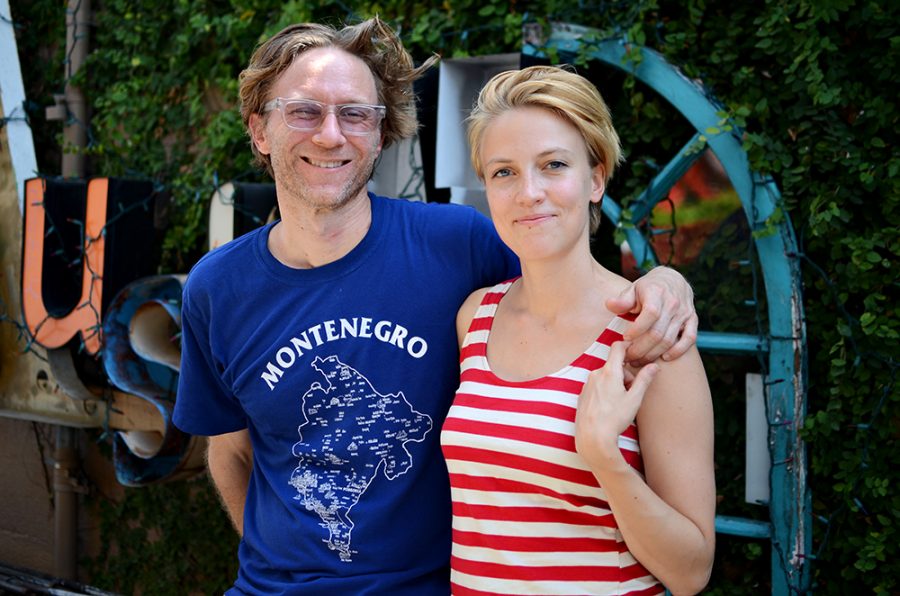 With their recent film “Meet Me In Montenegro,” UT alumnus Alex Holdridge and Linnea Saasen have done what most couples can only dream of — they’ve recreated their love story.

Five years ago, when Holdridge was a budding filmmaker, he traveled to Europe in hopes of producing a new movie. One night, during his visit to Berlin, he met Saasen, a dancer headed for art school, and the two fell deeply in love. That same evening, they made a spur of the moment decision to board a train and head for the Balkans.

“When you meet and fall madly in love and you’re traveling, you have this crazy connection,” Holdridge said. “Everything you own is on your back but you’re with somebody, and it seems totally emotionally unstable, but it feels good.”

During their stop in Croatia, Holdridge’s film fell through and Saasen received a rejection notice from her art school.

Left with no commitments, the pair continued to travel and began writing “MMIM,” a semi-autobiographical feature-length film that draws from their first night together. Now available for rent on iTunes and on demand, “MMIM” will begin playing in Austin theaters over the next few weeks.

“It’s a nice little mix [of us],” Holdridge said. “It is a fiction film, but it’s so close to home it became blurry. Things became more true to life as it went along.”

Made over the course of four years and in five countries, the film follows the tumultuous love story of Anderson and Lina, who make a promise to meet one another in the country Montenegro — a place Holdridge calls “heaven.”

In addition to co-directing, writing and editing “MMIM,” Holdridge and Saasen acted the parts of the two main characters. They said portraying themselves was difficult, but, with limited funds and intensive traveling, it was their most practical option.

Interspersed with Holdridge’s narration and home footage of his and Saasen’s travels, the film also observes another couple, Stephen and Friederike. Played by Rupert Friend and Jennifer Ulrich, the pair avoid discussing their dying relationship by going to a sex club.

“They’re people that haven’t been dealing with their real issues,” Saasen said. “They instead focus on their sexual boundaries.”

In one scene, Holdridge’s character forces himself to jump off a cliff into a body of water. He said the film’s purpose reflects just that — a leap of faith.

“We were tackling having the confidence to experiment and try something that may end in failure but embracing it anyway,” Holdridge said.

The film first premiered in September 2014 at the Toronto International Film Festival. Since then, Holdridge and Saasen have screened it all across Europe. On July 28, the couple held a special screening in Austin at the Violet Crown Cinema.

“I love [Austin], it’s in my fucking blood — it’s like a glove that fits your soul to a T,” Holdridge said. “This was the best because you’re not just showing to random people, you’re showing it to your friends, colleagues so I was really nervous. But it was really fun.”

Although Holdridge and Saasen said they would never take on as many roles in future projects, they are already working toward their next film. Saasen said she hopes "MMIM" encourages audiences to live their lives fully.

“It sounds silly, but go follow your dreams and if you want to do something you’re scared of doing, go ahead,” Saasen said. “And with love, I hope they know that it’s ok to be vulnerable and to open up. I hope [‘MMIM’] is inspiring.”