Other football-related news while you were away 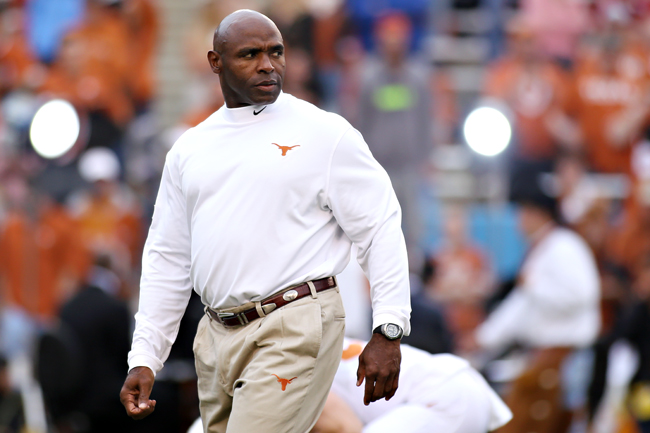 From some angry boosters to the extra bucks in student athletes’ pockets, Texas Athletics has been abuzz while students were away for summer. To catch you up, here are four things to know before heading back to the 40 Acres.

By some measures, UT has the richest athletic department in the country. But pairing new coaches’ salaries with changing NCAA costs, the athletics department actually had a net loss of $8.1 million in the 2013–2014 fiscal year. To combat these challenges, Men’s Athletic Director Steve Patterson and his team raised football ticket prices and will now charge patrons for parking. Expect Darrell K Royal-Texas Memorial Stadium to still be mostly full come September. Also anticipate the fans filling seats to be slightly bitter and full of high expectations.

2) Five Longhorns were selected in the 2015 NFL Draft, and an additional five signed with teams.

3) That whole pay-the-athletes rhetoric? Each UT student-athlete now will receive an extra $4,310 this year.

After years of concern that student-athletes were being exploited, schools in the five major athletic conferences, including the Big 12, are now paying their student-athletes. How much? Well, depends where you go to school. The legislation calls for student-athletes to receive not just academic scholarships but also funds for the “cost of attendance.” At UT, the federal calculation leaves athletes with $4,310 a piece. The goal: Athletes won’t be spending recklessly, but they should at least be financially stable. The whole endeavor will cost the University about $1.5 million. Plus, upwards of $1 million will now improve athletes’ dinners and better snacks. Think you’re a skilled athlete? The time to walk on is now.

4) There aren’t second chances. If you hit a woman, Charlie Strong won’t put you on his field in his uniform.

As athletes, and particularly football players, around the country continue to make news for domestic violence, coaches have a decision to make: Where do they draw the line? At what point does a player deserve to be kicked off the team? Many coaches claim they believe in second chances and keep athletes on the team — but on a tight leash. Not Strong. “There is no way a guy should hit a woman — if it happens, you need to find somewhere else to play,” Strong said to ESPN in July. “If you see a young man with issues [and] you can’t surround him with enough people to help change his life, you can say all you want, but the kid is never going to change.” Strong kicked nine players off the team on this premise in 2014. In 2015: so far, so good.