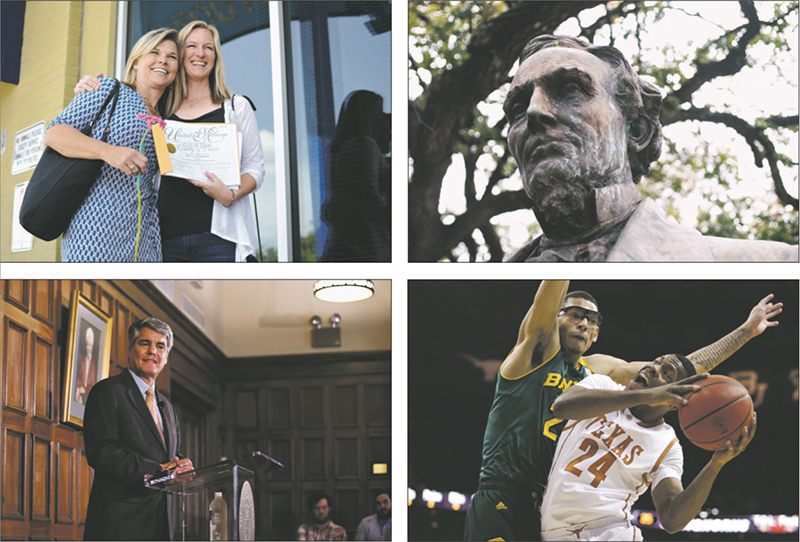 From controversy surrounding the Jefferson Davis statue to same-sex marriage equality, the University and Austin have experienced a busy summer. Here is a look back at some of the bigger events that took place.

Gregory Vincent, vice president for diversity and community engagement, speaks to media at a press conference held in front of the Jefferson Davis statue after it was vandalized on June 23. Tess Cagle | Daily Texan Staff

The Jefferson Davis statue, located on the Main Mall, was vandalized for a third time in 2015.

Early on June 23, the Davis statue and statues of Confederate generals Robert E. Lee and Albert Sidney Johnston were spray-painted with the phrase “Black Lives Matter.” The Davis statue was also marked with “Bump All The Chumps.”

The same day, Fenves announced he would form a task force to discuss the future of the Davis statue. Twelve members of the task force were appointed the following day and expected to make recommendations for Fenves by August 1. However, the committee asked for an extension and now have until August 10 to complete its report.

University spokesman Gary Susswein said the committee asked for an extension to make sure they have reviewed all options and information received.

“They need extra time to go through all of the options and review all the public input that has been submitted,” Susswein said. 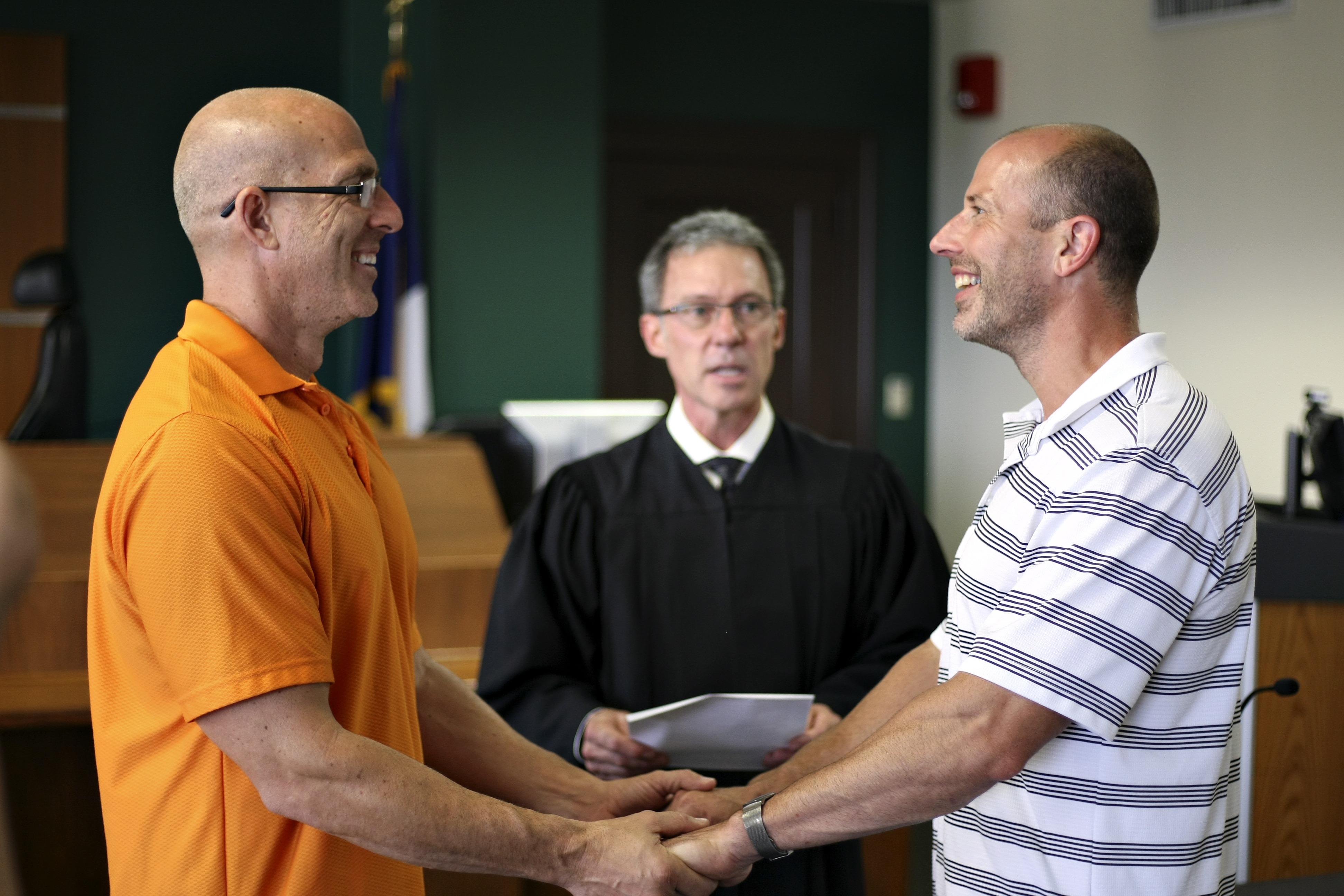 On June 26, the Supreme Court ruled same-sex marriage as a right in a 5-4 decision.

Despite this decision, Texas Attorney General Ken Paxton said the day before the verdict that regardless of the outcome Texas county clerks should hold off on issuing marriage licenses until receiving word from his office.

“But whatever the ruling, I would recommend that all County Clerks and Justices of the Peace wait for direction and clarity from this office about the meaning of the Court’s opinion and the rights of Texans under the law,” Paxton said in a statement.

Travis County justices of the peace started issuing marriage licenses immediately after the court’s decision. Ronald Morgan, chief deputy clerk of Travis County, said the clerk’s office would extend its hours that day to serve people in line by 6:30 p.m. and continue this policy the following week.

“I married my love, my best friend, and I never thought it would happen in my hometown — my home state,” Burton said. “Texas, fuck you! We are married!”

Starting July 1, University staff and faculty would be eligible to add their same-sex spouse and dependent children onto their benefit plan. 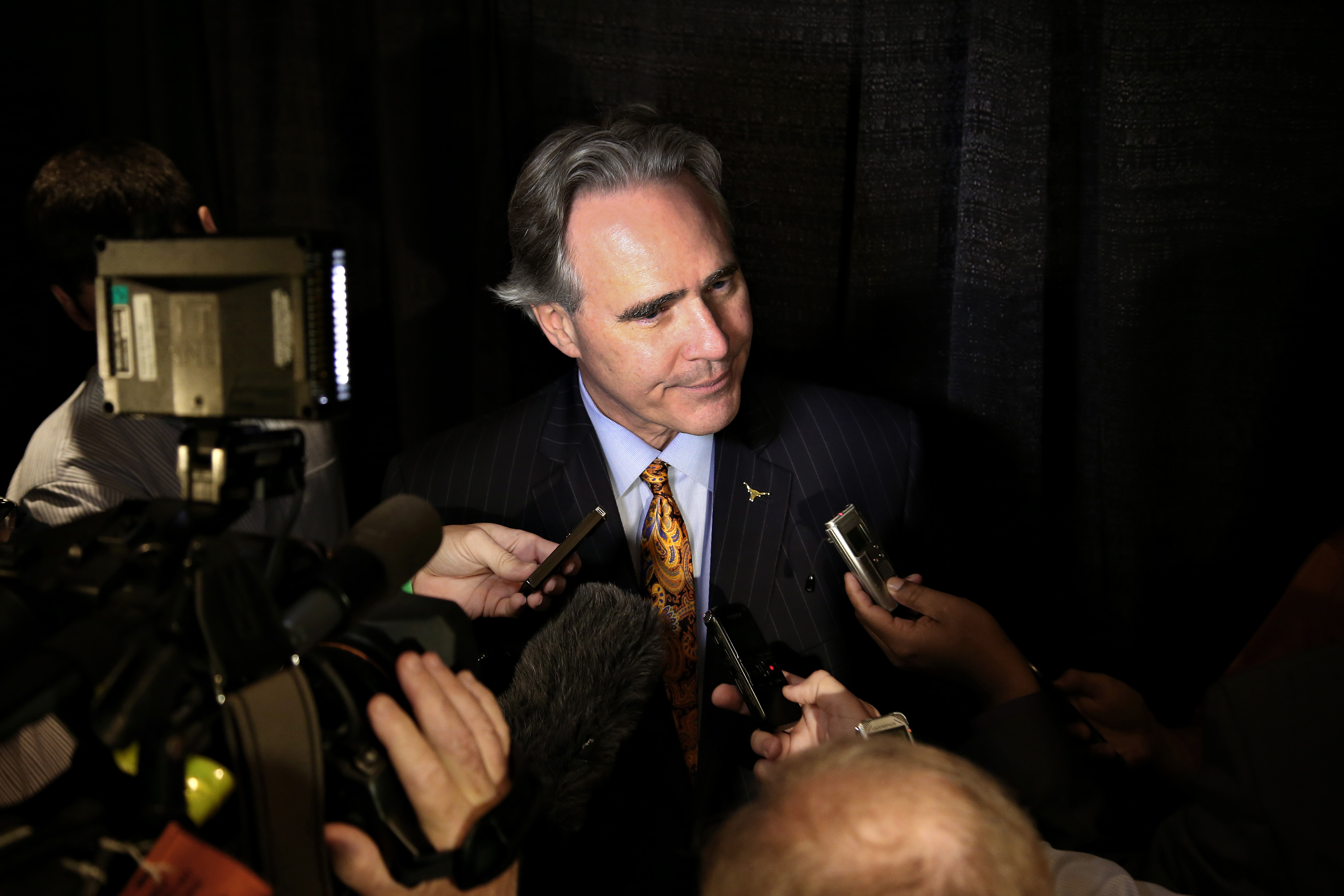 UT System Officials and the state Attorney General’s office agreed to the investigation on June 15 to inspect topics such as academic guidance for student athletes, advising, tutoring and ways to interact with University faculty.

The Houston Chronicle reported June 10 that the University launched an investigation into the men’s basketball program after players were accused of cheating on tests and receiving improper assistance on homework assignments.

The Chronicle of Higher Education reported three separate allegations of cheating since 2006. The basketball players mentioned in the report included P.J. Tucker, J’Covan Brown and Martez Walker.
Soon after this news, UT President Gregory Fenves ordered an independent review of all
athletic programs. 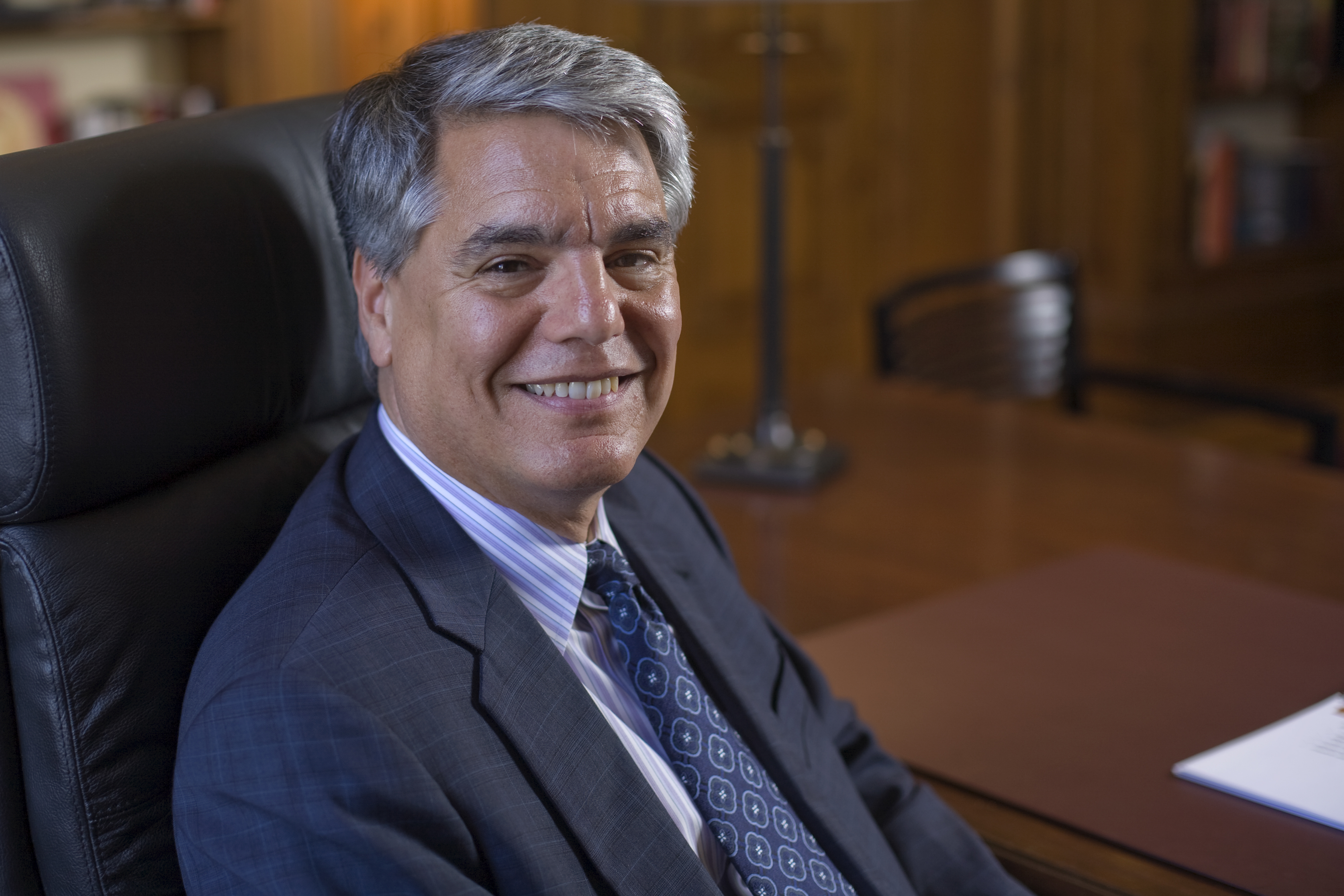 “Today, the University of Texas is in great shape,” Fenves said in his first press conference. “But to continue building our excellence and become an even greater university, we are always evolving as the landscape for higher
education changes.”

Starting his tenure as president, Fenves turned down a $1 million contract and instead accepted a base salary of $750,000.

Shortly into his presidency, Fenves launched a review of University athletics programs on June 15 after the men’s basketball program was accused of academic violations.

“Academic integrity is the core of everything we do,” Fenves said. “I take these allegations very seriously.”

After the Jefferson Davis statue and confederate
generals on campus were vandalized June 23, Fenves announced a task force would be formed to review the future of the statues June 24.

On June 29, Fenves announced the Dell Medical School received preliminary accreditation from the Liaison Committee on Medical Education. With this announcement, the medical school began accepting applicants for its inaugural class, which is expected to start
June 27, 2016.