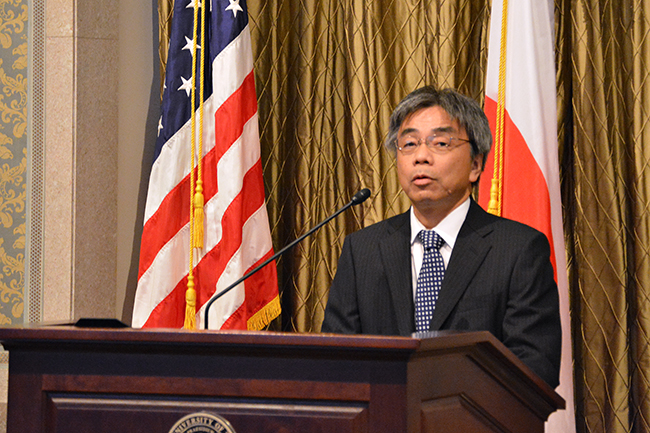 The plan is scheduled to place from August 2015 to March 2017 with an approximated $14 million budget, said Yasunori Yonezu, deputy director of NEDO. The organization is Japan’s largest public research and development group.

“Locating this facility at the university will provide the opportunity for research that will help shape the evolution of an important industry,” Fenves said. “Students will be exposed to new emerging trends in the fields of environmental and smart data management.”

Yonezu said the project will use high-voltage direct current, or HVDC, an efficient power structure for data centers, which will solve problems with high power consumption and carbon dioxide emissions.

“[The] usage of power consumption and CO2 emissions in our data centers is increasing rapidly year by year,” Yonezu said. “This project will prove 15 percent of energy conservation effect by HVDC power supply technology and introduce this result from Austin.”

“Here in the U.S. today, somewhere around 90 million megawatt hours per year are used in large-scale data centers and grows about 20 percent each year,” Stanzione said. “This is about two percent of the domestic power in the United States and it is a little higher in Japan — so it’s a growing problem around the world.”

In addition to adding the HVDC power system, the project consists of $4 million worth of new computing capabilities and a new solar farm, according to a press release. The project’s use of direct current power to supply the computer equipment and data center will avoid costly conversions of power for the solar panels, the backup battery system and computing equipment racks, the release said.

Stanzione said changing to HVDC will not change the way computers perform but will save energy.

“The great part about the high-voltage DC approach is we are going to save this energy without compromising anything about how we operate or perform on the computers,” Stanzione said. “We are not changing the technology to give us a lower performing computer. We are just saving the energy we would otherwise waste.”