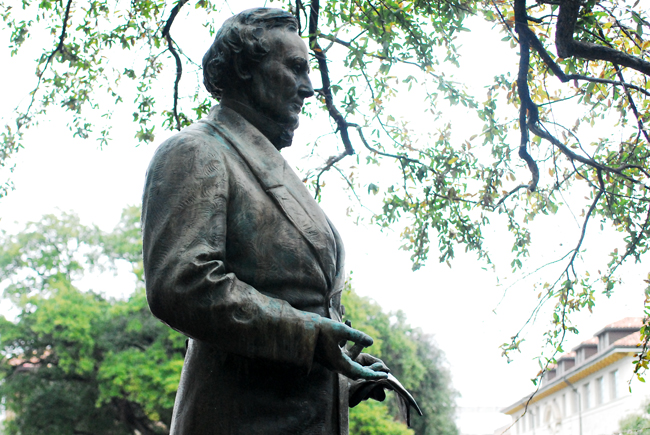 Shortly after filing a lawsuit against the University of Texas, the attorney for the Sons of Confederate Veterans created a GoFundMe page to garner financial support in their fight to keep the Jefferson Davis statue in the Main Mall.

The GoFundMe page, which aims to raise $50,000, has raised almost $8,000 for the Southern Heritage Legal Research Fund to cover the costs of this case and other cases involving Confederate symbols nationwide, according to Kirk Lyons, UT alumnus and attorney for the Sons of the Confederate Veterans.

“You don’t just throw lawsuits around against the University of Texas. That’s not very wise,” Lyons said. “You’ve got to know that you have grounds for a suit so the money pays for the research time it takes to find grounds for a suit.”

Money will cover costs for the lawsuit, flight costs for Lyons, flight costs for witnesses and research fees, among other undetermined costs, according to Lyons. Lyons said
moving the statue to the Dolph Briscoe Center for American History is not a compromise and contradicts what he thinks the University stands for.

“If UT is really a center of higher learning, it is obscene for this to be happening. … This is so very un-American,” Lyons said. “I’m sure it would be very nice to have him there at the Dolph Briscoe Center, but is that a place of prominence compared to where he is now? No, absolutely not.”

Although the GoFundMe page raised almost $7,000 in 7 days, there should not be too much concern over the lawsuit, according to Student Government Vice President Rohit Mandalapu.

“I’m not too worried about this,” Mandalapu said. “I think it’s just another standard frivolous lawsuit trying to delay our efforts. Of course it is a legal case, so UT will take it very seriously before we proceed, but I don’t see it being an actual obstacle once the case is heard.”

“President Fenves has made his decision, and it’s really great to see that he’s backing up that decision by putting up everything it takes to fight this lawsuit,” Rotnofsky said. “It is something that, at this point, Rohit and I can’t do anything about because now it’s in the courts. Now it’s up to the lawyers to fight it out.”

The hearing for the case will be held this Thursday at 2:00 p.m. in the Travis County Courthouse.