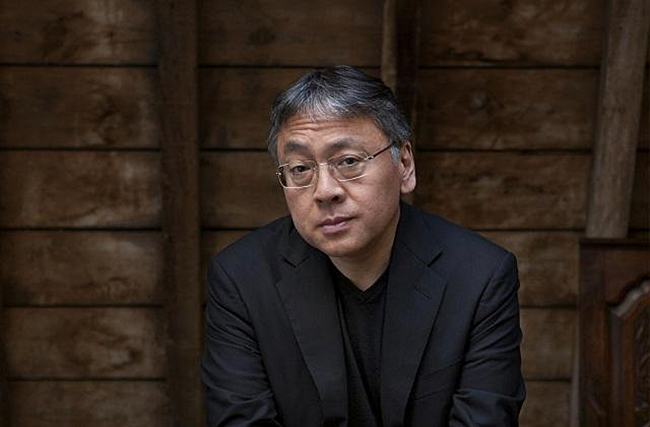 UT students will soon have access to an archive of novels by renowned British novelist Kazuo Ishiguro.

The archive, which will be housed at the Harry Ransom Center, includes many early drafts and rejected pages Ishiguro produced during his writing process.

According to Jennifer Tisdale, public affairs director at the Harry Ransom Center, Ishiguro’s archive will be available for viewing at the center, a humanities research library and museum at UT.

The Harry Ransom Center approached Ishiguro about a year and a half ago concerning the archive.

“It took some months to finalize the acquisition, largely because Ishiguro wanted to go through the archive himself before letting go of it,” Stephen Enniss, director of the Harry Ransom Center, said.

“These [notes] will be of great interest to students of his novels and to all who want to better understand the craft of writing.”

According to Enniss, thumbing through the archive himself proved to be a personal experience for Ishiguro, who compiled an extensive series of notes about his literary career and his journey to becoming a writer.

“This work was originally produced for no other purpose than to help me get to the next stage of my writing,” Ishiguro said in a document. “The scrawled handwriting, the private jargon, the cryptic references were never intended for anyone but myself, and at times may be impossible to penetrate.”

Born in Nagasaki, Japan, in 1954, Ishiguro moved to Britain as a young child.

He published his first novel in 1982 and has published a total of seven novels. Ishiguro has won awards such as the Booker Prize for Fiction and the Whitbread Book of the Year.

“Kazuo Ishiguro is a critically acclaimed novelist, and a highly appealing addition to this constellation of collections,” Enniss said.

Enniss said the archives at the Ransom Center present a great collection of information for those who want to learn about contemporary British novels.

“While these are each distinct and individual archives, collectively they combine to make up an extraordinarily rich resource for the study of the British novel in the later half of the 20th century and the first decade of the 21st,” Enniss said.