Students cycle from Austin to Alaska with Texas 4000 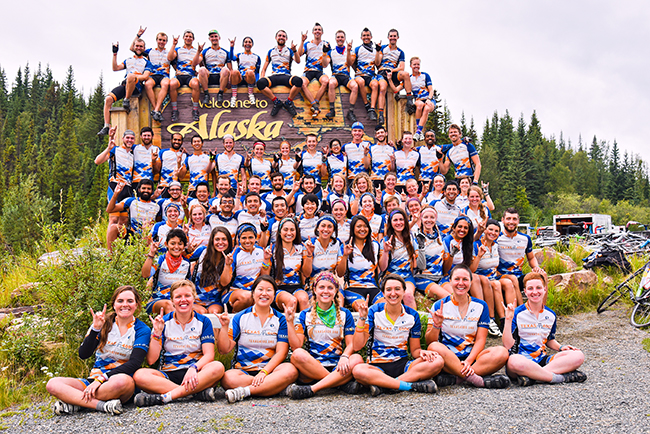 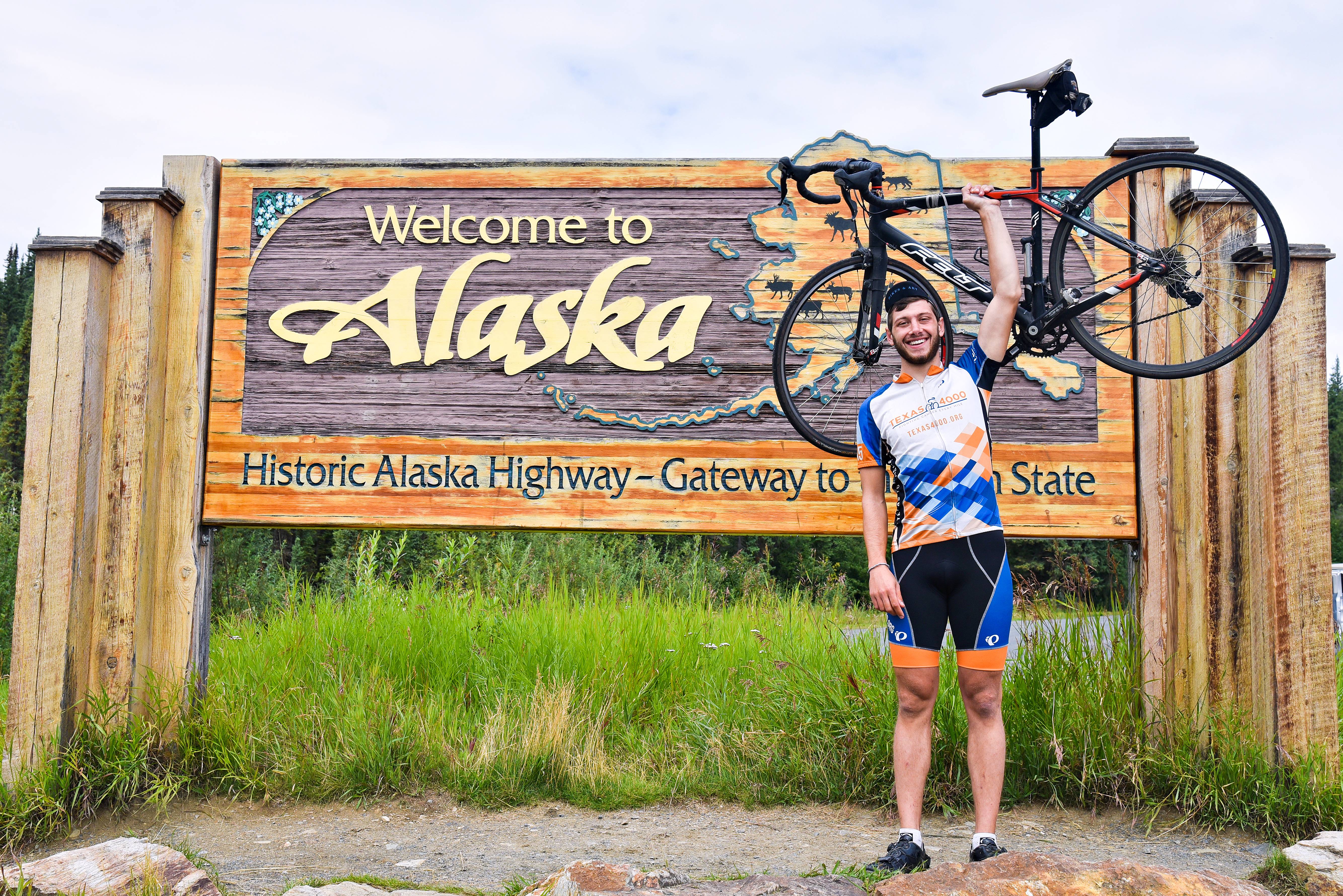 The night before Texas 4000 began, I found myself at a house of mourning with close friends who lost their aunt to breast cancer. The first day of the ride and every day thereafter, I rode in honor of Aunt Sheri and my friends, doing what I could to offer solace. My teammates and I rode every day to spread hope in solidarity with cancer patients and their loved ones. We rode for a future with a cure.

We interacted with thousands of individuals across North America, sharing our support in their struggle. It was an intimate experience and special privilege not usually afforded in daily life. A teammate aptly called this exchange the “cycle of inspiration.” We biked and interacted with individuals to share our cancer-fighting mission, and, in turn, people felt uplifted and entrusted us with their personal stories. I did not take this lightly, resolving to internalize every shared story and soak up each person’s wisdom and experiences like marrow from the bone. I relied upon their stories for strength to power me through the miles ahead.

Wally, or “Thunder Across The Sky,” was an indigenous man who I met in rural British Columbia. Wally told me he lost seven family members in the last three years to cancer. I promised Wally, and others who shared their stories, that we would carry their names with us. After we left the restaurant where Wally fed me and a few of my teammates, he chased me into the rain to donate money to our cause. He told us that our entire team was invited back for a donated dinner.

Also along the route we met Phoenix, a 12-year-old boy from Wheeler, Texas, who made $175 at his lemonade stand and donated it all to our fundraising efforts. We met Wildflower,­ who led individuals with cancer on outdoor adventures with First Descents, a nonprofit organization in Denver.

Wildflower had just finished his own chemo treatment only three years ago. These are just a few of the incredible people who made my Texas 4000 journey extraordinary.

On Day 57, biking into the Yukon Territory, it stormed for the majority of the ride. At one moment, a loud boom of thunder shook the sky, and I knew that Wally and all of the individuals I met were there cycling with me. I started the journey riding for my friends and their Aunt Sheri, but I ended with many more stories I found along the way. Though our Texas 4000 experience is over, the “cycle of inspiration” will live on. We will use our inspiration from the road to Alaska to continue our dedication to enriching every interaction in our lives. 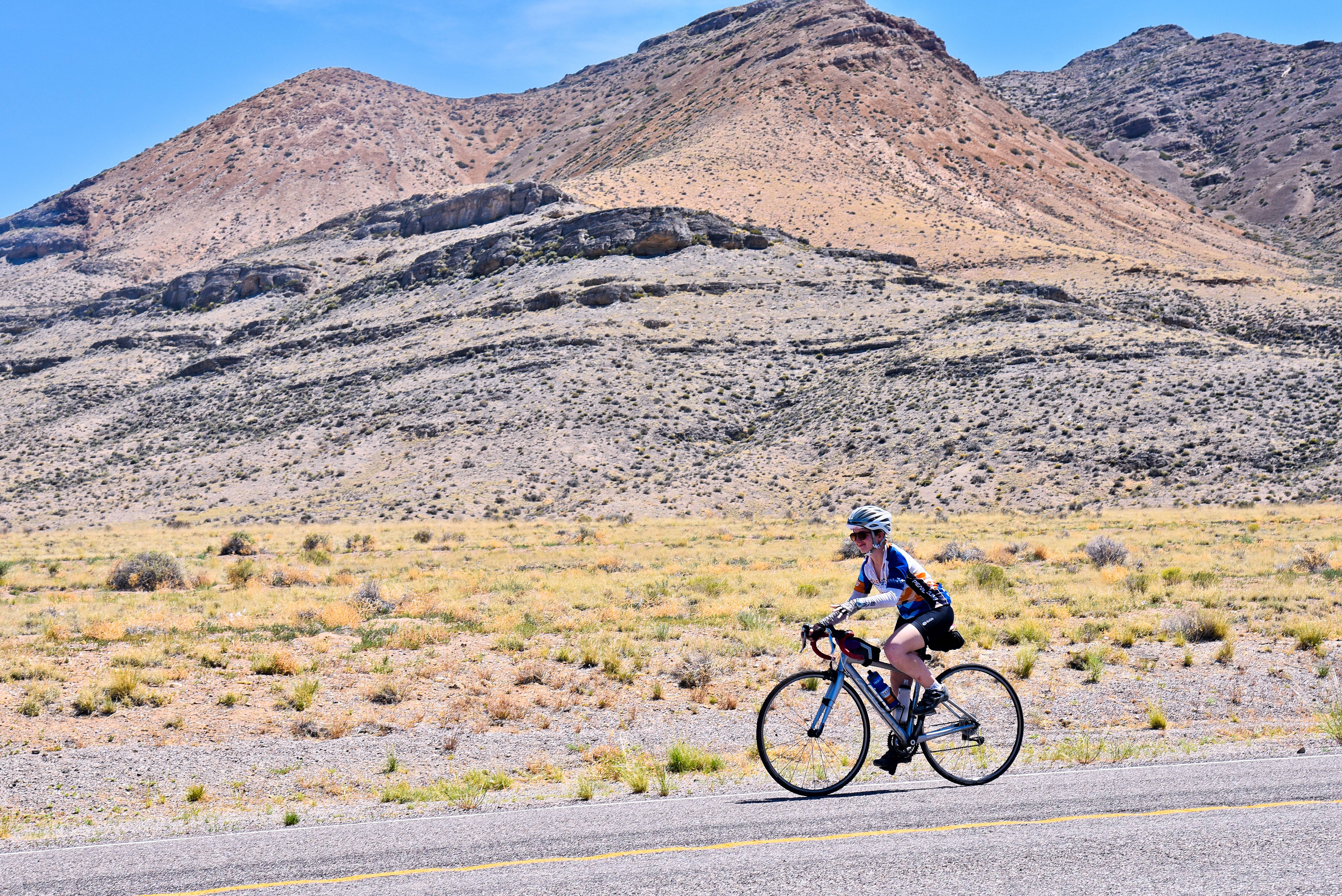 When you cycle across North America, it is impossible just to see the most populated and popular parts of the continent. We don’t ride on interstates or major highways like I-35, so our routes often go through rural and sparsely populated areas. It makes passing through the desert of Nevada or the empty wilderness of northern British Columbia unavoidable. But those were the parts of our route where I often learned the most.

Before the summer began, we looked for hosts in each city or town we would pass through. Sometimes, when we were in big cities such as San Francisco, we only interacted with a small fraction of the population. But when we were in small towns like Rachel, Nevada — where the population hovers around 50 people — we interacted with a significant portion of the community.

We spent countless days on empty state roads, on our way from one small town to the next. Even on those days, I met strangers affected by cancer. These interactions became a constant reminder of the importance of Texas 4000’s charity component. A significant portion of Texas 4000 grants fund cancer research, some of which are focused on finding more personalized treatment methods or treatments that can be administered from home. Over the summer, I realized these treatments would be especially important in a place like Rachel, Nevada, where people battle cancer with the closest medical facility 80 miles away.

The diverse geography also proved to me that it is possible for people of so many different backgrounds and priorities to be united in a mission — in this case, to find a cure for cancer. Our hosts in Snyder, Texas, and Kayenta, Arizona, were just as committed to fighting cancer as our hosts were in Portland, Seattle, and Smithers, British Columbia. These are the people who, like us, are committed to creating and funding cancer research and other programs to help cancer patients and their families. These are the individuals and communities that are committed to fighting cancer through hope, knowledge and charity. 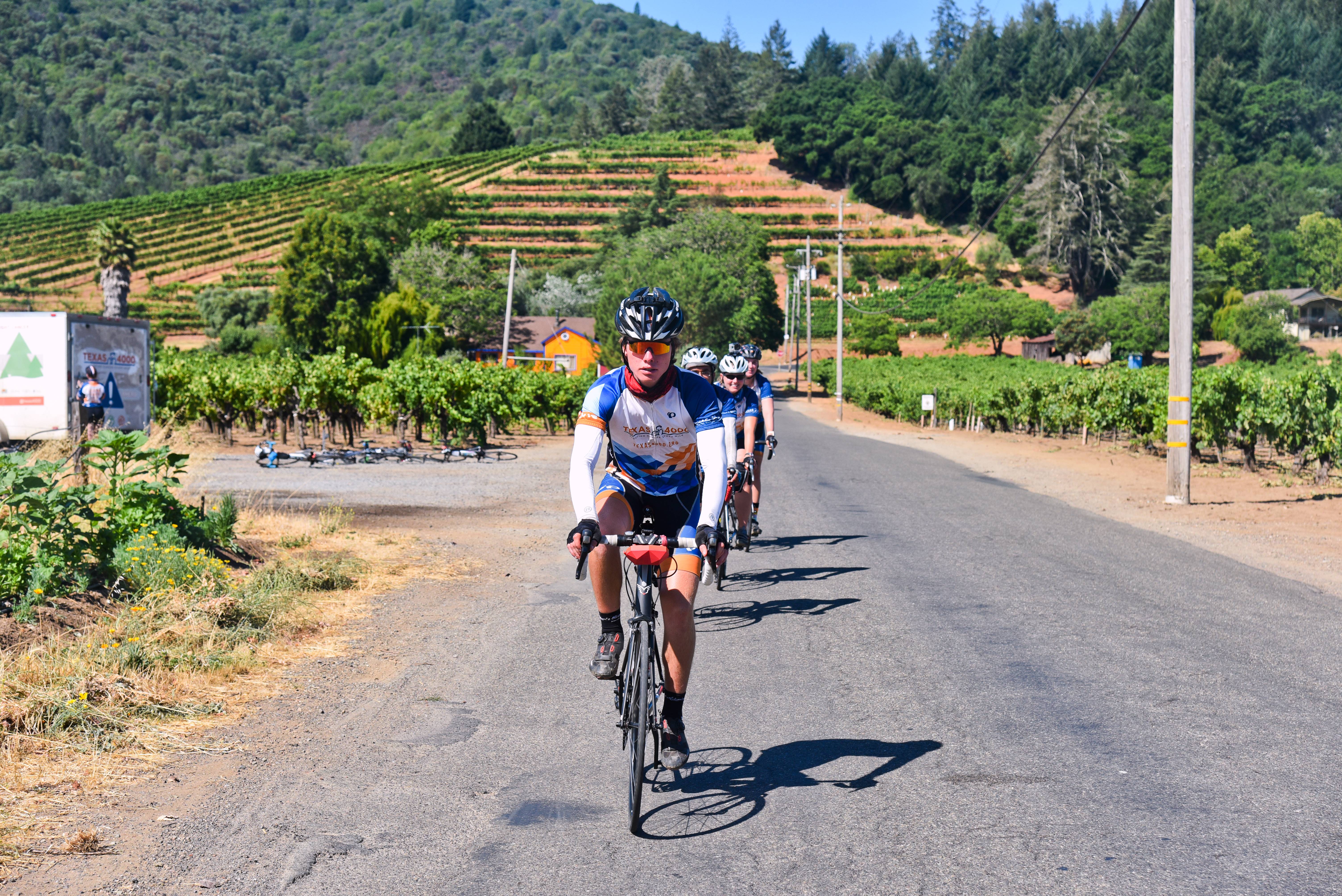 At the heart of Texas 4000’s 70-day, 4,500-mile journey is the idea that the physical endeavor serves as a humble metaphor for the fight against cancer. We certainly understand that, even on our toughest days, the physical demands of the ride pale in comparison to the struggle cancer patients face on a daily basis. But what we endured this summer did — even if on a much lesser scale — enable us to gain a better understanding of the physical and emotional rollercoaster ride that such a terrible disease brings upon so many people.

In an attempt to provide the most accurate depiction of how it felt to be on the bike this summer, below is a blog excerpt from our toughest ride:
Anytime you wake up to the sight of stars shining bright above your head, you know it’s going to be a long day. But from the moment we climbed out of our sleeping bags, I could feel the energy and excitement. It was just as I imagine the Longhorn locker room felt moments before Vince Young and company knocked off USC in the 2005 National Championship game.

Known as a “Challenge Day,” the ride into South Lake Tahoe proved to be the toughest day of our summer, which was the reason for the ungodly wakeup time and unusual excitement. All we knew before leaving that morning is that we had to ascend roughly 12,000 feet over the course of 87 miles — and we had only 11 hours to do it. Hearing those numbers in succession had my legs screaming in pain before we even started pedaling.
The day was grueling. At times, it felt as though the climb might never end. I’ve mentioned that this ride is an emotional roller coaster, but today felt like a physical one too ­— as if we were on one of those rides that goes up and up … and up … and up.

But it’s the excruciating pain and incredible frustration that I felt as we battled up the climb that I will never forget. Seeing the summit sign — and tasting the fried chicken that was waiting for us at the top — gave me a feeling of satisfaction unlike anything I’ve ever felt before.