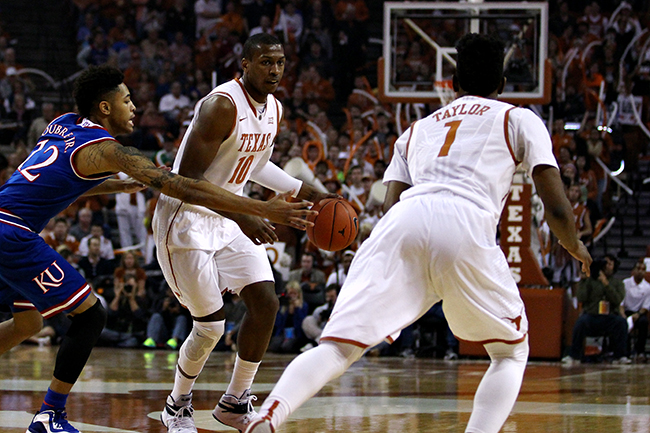 Earlier this month, the Big 12 released the men’s basketball schedule for the 2015–2016 season. With the full slate out, it’s time to break down who might pose the biggest challenges for Texas this season.

The Longhorns begin the season over 7,000 miles from Austin against Washington on Nov. 13 in Shanghai, China. But the most intriguing game of the month takes place Nov. 25 in the Bahamas, when the Longhorns rekindle their rivalry with Texas A&M.

The Aggies finished in the upper half of the SEC last year, going 21–12 and giving the juggernaut University of Kentucky a scare, falling 70–64 in a double-overtime thriller. The Aggies will prove a nice early season test for Texas.

December begins with a five-game home stand that spans Dec. 1–12, highlighted by a visit from North Carolina. The Tar Heels went to the Sweet 16 last season, where they lost to eventual champion Wisconsin. The school is dealing with NCAA investigations for academic violations but should still be a solid squad. The nonconference schedule ends with a visit from Connecticut on Dec. 29.

The Longhorns will begin conference play Jan. 2, with every game televised nationally.

It starts light, with the first three games against the three teams that finished at the bottom of the Big 12 last year: Texas Tech, Kansas State and TCU. This easy start gives Texas an early chance to gain traction in the Big 12 race.

Other teams, such as Oklahoma State, Baylor and West Virginia, were middle-of-the-pack teams last season. Against those teams, Texas went 2–4, with three of those losses coming on the road.

The bigger issue is how Texas fared against elite Big 12 teams. The Longhorns went 0–6 last year against Iowa State, Oklahoma and Kansas.

Iowa State might take a step back with the departure of head coach Fred Hoiberg to the Chicago Bulls, but the Sooners will be a leader in the Big 12, especially with the return of star senior guard Buddy Hield.

But the road to the Big 12 title still runs through Lawrence, Kansas, against the Jayhawks.

Kansas may have lost forward Cliff Alexander after he departed for the NBA, but the Jayhawks are going to be a power once again. Kansas returns senior forward Perry Ellis, along with junior guards Frank Mason III and Wayne Selden Jr. They also brought in freshmen guards LaGerald Vick and Carlton Bragg Jr., which Rivals.com rated four and five stars, respectively.

Texas plays Kansas for the first time Jan. 23 in Lawrence, which will likely be the toughest game of conference play. The Longhorns only lost by 5 to the Jayhawks late last season on the road, so there’s a chance the Longhorns will steal a win.

The Jayhawks come to Austin on Feb. 29 for Texas’ last home game of the year. That will likely be senior night, giving that game even more weight.

But games against Oklahoma on Feb. 8 and Feb. 27, along with Iowa State on Jan. 12 and Feb. 13, are the most important. Winning a majority of those contests would best position the team to finally break into the elite tier of the Big 12.

If Texas takes advantage of the easy first few games of the conference and squeaks out road wins in places such as Oklahoma and Iowa State, it’ll put the team in a great position.