In spite of improbable plans, Trump has proven infallible in the eyes of his increasing supporters 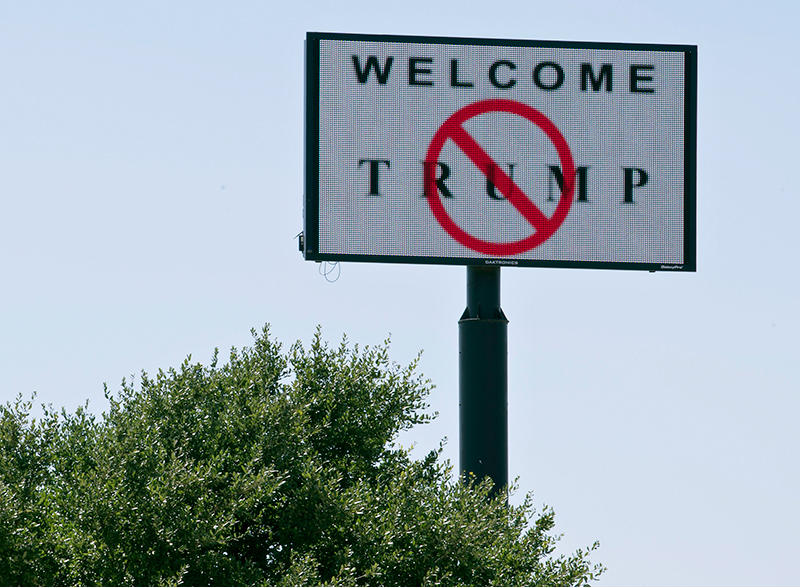 There has yet to be an obvious point whereat Donald Trump, the current frontrunner for the Republican presidential nomination, has gone too far in terms of outrageous rhetoric. Pundits and prognosticators galore have promised countless times over that he had crossed the line, so to speak, but the polls have yet to support their assertions. Whether it was his intimation that a sizable chunk of Mexican migrants to this country are rapists, denigration of an American war hero or misogynistic rhetoric against Megyn Kelly, Trump appears to be a Teflon candidate.

Still, these same prognosticators — the ones with the dubious track records — are quick to promise that now, this time, Trump has really gone too far; really, this time. The supposed offense is that, in his recently released plan on border security, Trump backed ending birthright citizenship to the children of undocumented immigrants. Of course, the only way this could occur would be by repealing the 14th Amendment to the Constitution.

"End birthright citizenship," Trump said in his official policy position on the topic. "This remains the biggest magnet for illegal immigration."

As Trump himself notes, the idea isn't necessarily on the fringe of popular opinion. "By a 2:1 margin, voters say [birthright citizenship] is the wrong policy," Trump says. Granted, the Rasmussen Reports poll to which he references is four years old, but the numbers don't lie.

Accordingly, to say that Trump had crossed the line here as opposed to anywhere else is without good reasoning. Many Republican presidential candidates have proposed or defended strange ideas and positions. Between former Gov. Jeb Bush (R-Florida) asking Americans to work longer hours and Walker defending his opposition to abortion even in cases where the woman's life is threatened, it makes no sense to focus on Trump's antics to the detriment of his compatriots. Recent polls have continued showing Trump’s big lead, despite the controversial comments.

Still, there is a sense, even among said compatriots, that Trump had spoken the forbidden riddle. I attempted to get into contact with both Lt. Gov. Dan Patrick and state Rep. Jonathan Stickland (R-Bedford), both fiercely conservative and unapologetic on immigration issues. Neither one's office responded.

Of course, it would be remiss to talk up the public opinion popularity of Trump's proposal without admitting its political infeasibility. Despite whatever empty rhetoric Trump and his ilk may spew, ending birthright citizenship for the children of undocumented immigrants would indubitably require a constitutional amendment.

"My take on Trump is that after 130 years of constitutional interpretation of the 14th Amendment as granting birthright citizenship, the presumption against any other interpretation would result in the courts overturning any contrary statute," said Greg Aydt, a Republican precinct chair in Harris County and the publisher of Rhymes with Right, an influential right-wing political blog. "Unfortunately, Trump supporters are among the least likely to understand how unlikely the prospect of enacting that part of Trump's plan really is."

Indeed, Trump's plans may be unlikely to be enacted. But their popularity, both with the Republican primary electorate and the general public, may put them in a position to test that.

Horwitz is a government senior from Houston. He is a senior columnist.