‘We Are Your Friends’ fails to overcome weak script, bland lead 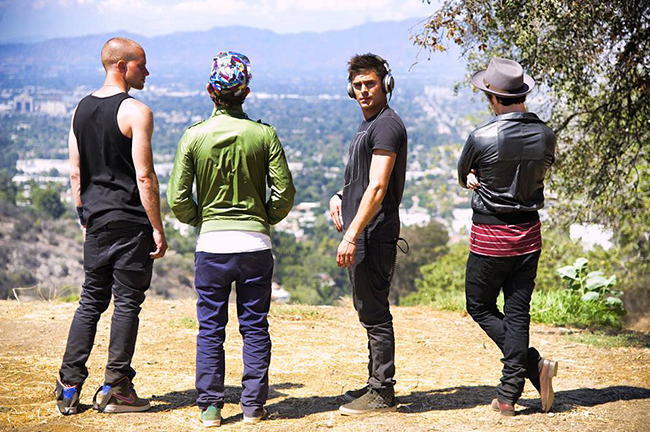 The cliché of the tortured artist comes in many forms ­— the damaged painter, the depressed writer, the brooding composer. “We Are Your Friends” adds aspiring young DJs to the category — a peculiar, albeit refreshing, idea.

Unfortunately, “We Are Your Friends,” Max Joseph’s directorial debut, is hardly peculiar or refreshing. It’s a tale about youthful ambition that, while occasionally fun and exciting, ultimately falls flat with a muddled story and a bland central performance by Zac Efron.

Efron plays Cole Carter, a 23-year-old aspiring young DJ looking to break into the Los Angeles music scene. He and his friends spend their days working at a shady mortgage company and their nights as promoters at a club.

One night, Cole meets James Reed (Wes Bentley), a popular DJ, whom Cole privately believes to be a sellout in the electronic dance music scene. James takes Cole under his wing and helps him find his breakthrough sound. Their friendship is threatened when Cole’s attraction to James’ neglected girlfriend and personal assistant Sophie (Emily Ratajkowski) leads to an affair. The affair and his fallout with James force him to question whether he has what it takes to become a DJ.

Since his “High School Musical” days, Efron has done an admirable job shaking off his image as a teen heartthrob. He clearly wants to be an actor’s actor, but the script of “We Are Your Friends” doesn’t let him show off his chops. He spends much of the film pensively staring at nothing in particular, and, in spite of the charisma he has demonstrated in other roles, he’s unable to make Cole interesting. Like Ratajkowski, he often ends up as eye candy.

The supporting cast, even with the thin material, succeeds where Efron does not and gives the film its soul. Jonny Weston steals the show as Cole’s hotheaded pal Mason, livening up the proceedings with the character’s funny yet down-to-earth sensibilities. Bentley brings layers to the film and hints at darkness in James’s past that a better film would have explored.

Joseph, who co-wrote the script with Meaghan Oppenheimer, offers little in the way of introspection, focusing more on flash and style. His talented eye gives audiences gorgeous shots of Los Angeles streets and a Las Vegas rave, and he injects the picture with an enormous amount of energy for its first and final acts. He mixes animation and onscreen text during several sequences that give the film life. A scene where Cole trips on PCP at a party is Joseph’s most striking and effective work in the film — bright colors flood the screen and consume the characters, rendering them the subjects of a moving Warhol painting.

“We Are Your Friends” aims to be more than just flash and style, but Joseph’s weaker grasp on story and characters drag the picture down.

Much of “We Are Your Friends” revolves around Cole’s internal conflict: Can he find his own voice and succeed? Joseph doesn’t suggest EDM is high art, but instead conveys it as just another popular form of expression. But the film has little sense of direction. For much of its middle act, it wanders aimlessly and struggles to capture Cole’s inner turmoil and emptiness. His romance with Sophie doesn’t help ­— it steals too much screen time from the central plot.

Like Cole, Joseph is still finding his voice. “We Are Your Friends” is his attempt to examine millennial angst in an increasingly competitive economy. It has heart, but that heart doesn’t beat strong enough to overcome its weaknesses. Still, it’s a fun film that is worth a matinee price, one that a younger generation of filmgoers will undoubtedly connect with.