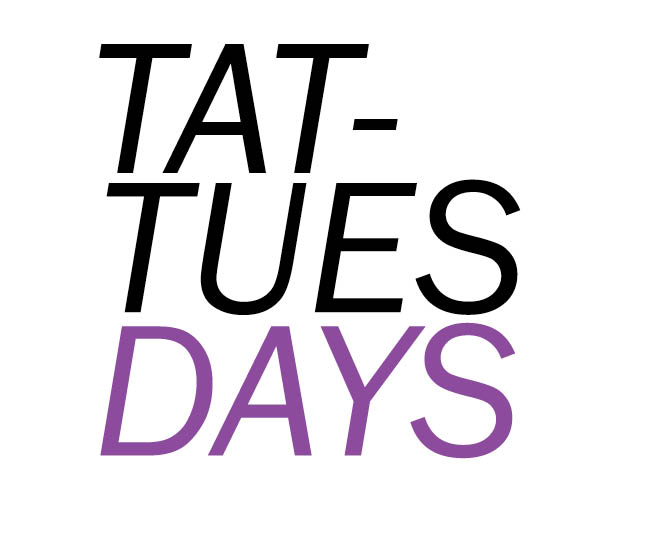 This summer, English junior Sara Gutberlet visited Seattle, where she got a Douglas fir tree tattooed on the outside of her right calf. The tree reminds her of growing up in Colorado and Alaska.

“These trees are everywhere,” Gutberlet said. “Home is where I’m the happiest.” 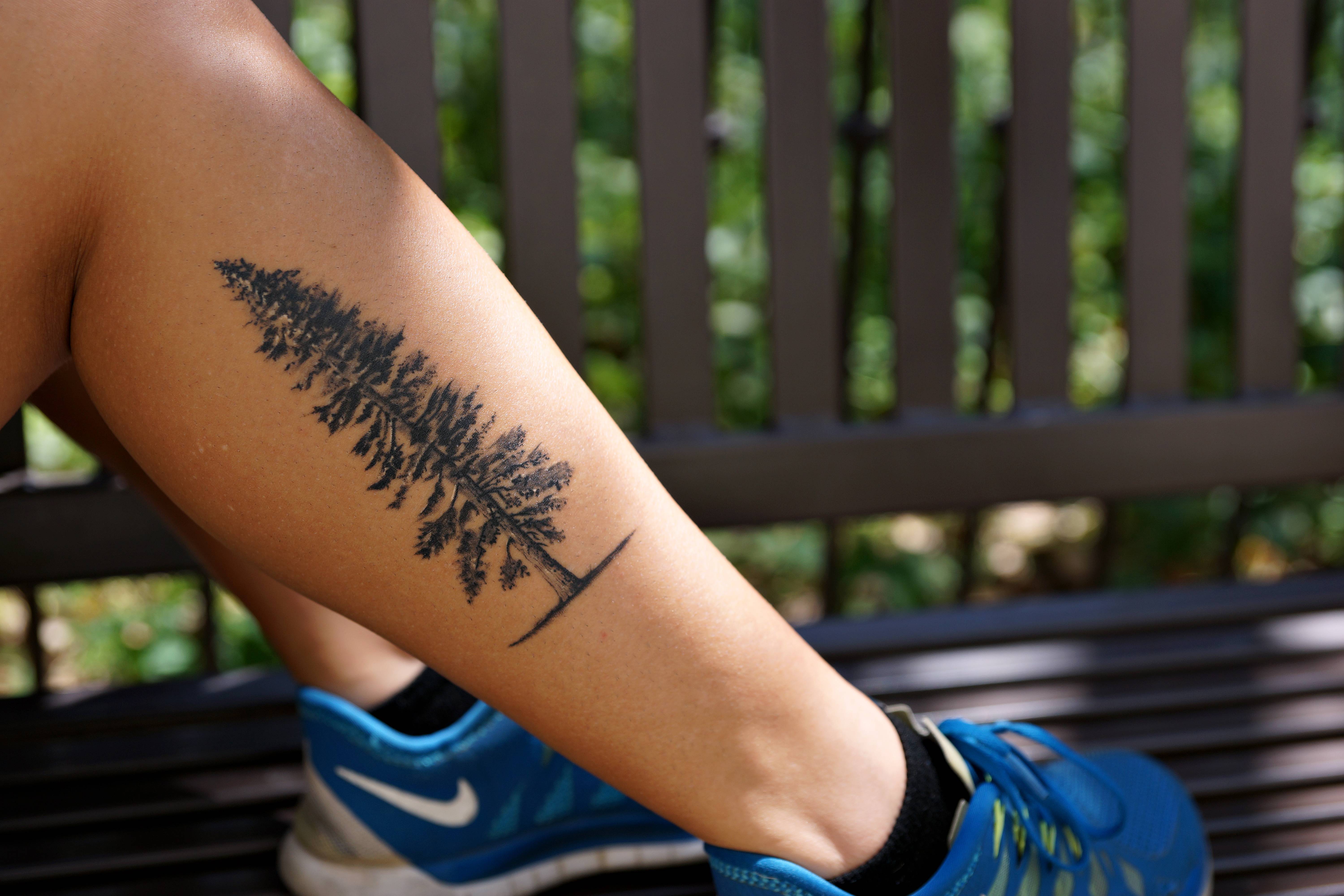 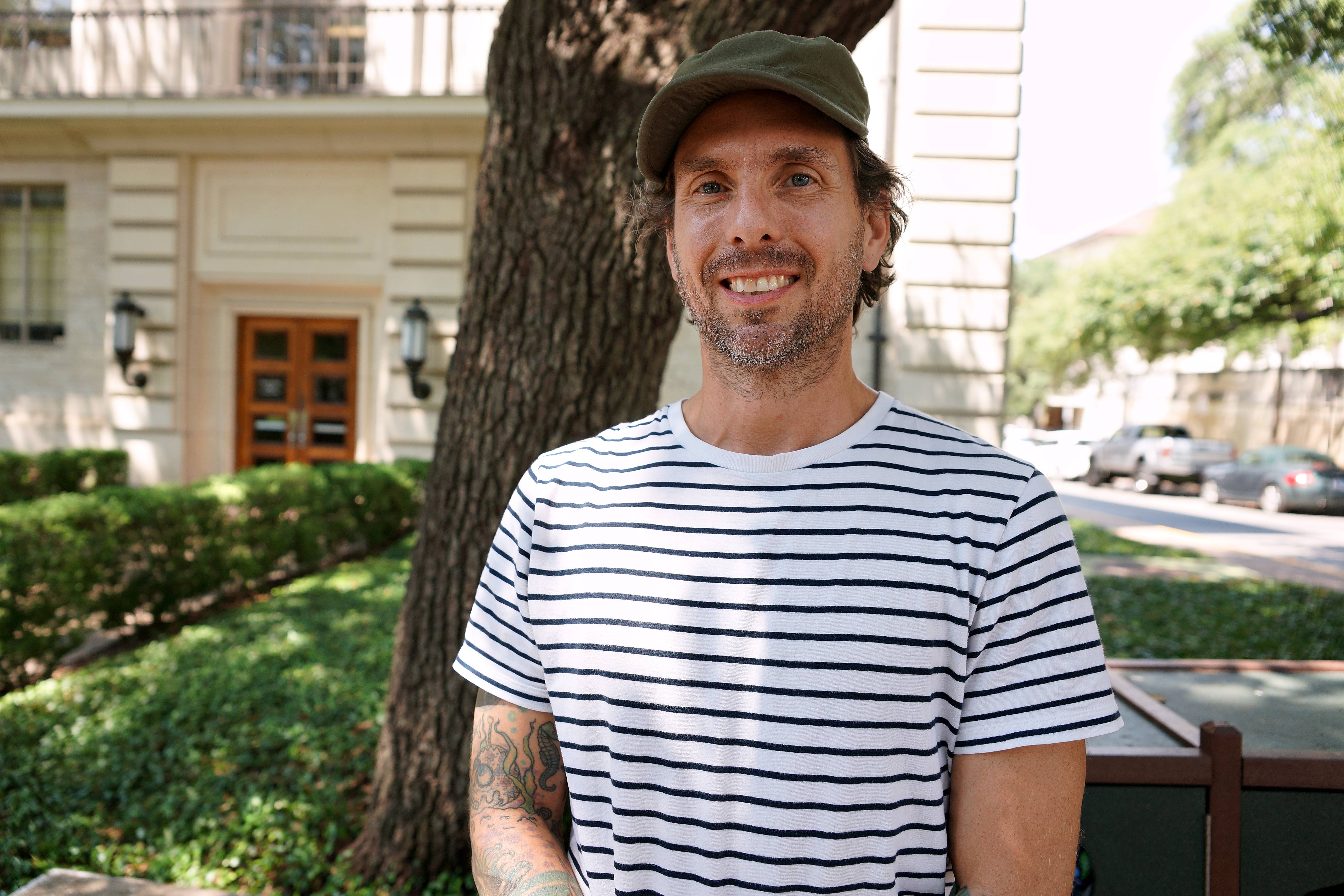 Anthropology senior Phillip Crossley’s sleeve tattoos include pictures of a skull, sea turtle, heart and a catfish — or what he called a Texas koi fish. He said the sleeves have a lot going on but follow a specific theme.

“This is a predominantly Texas-themed arm — what I like to call a ‘Day of the Dead’ seascape,” Crossley said. “We have a calavera and a Kemp’s Ridley sea turtle, one of a handful of sea turtles that breeds on the Texas beaches.”

Phillip said he added some of the other Texas-themed tattoos while playing in a band in Austin. He also plans on getting more tattoos and is saving a space on his sleeve for the name of his future daughter. 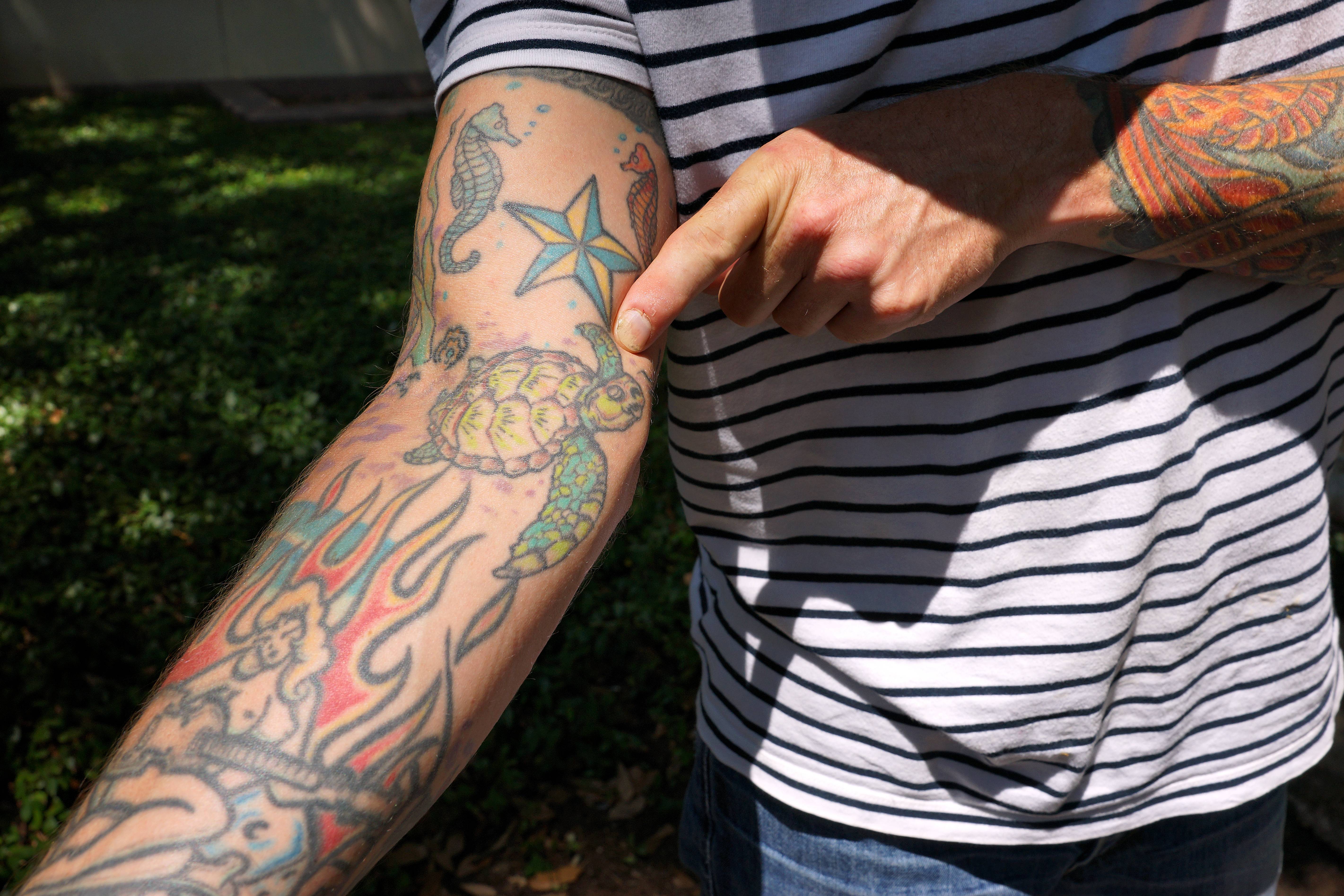 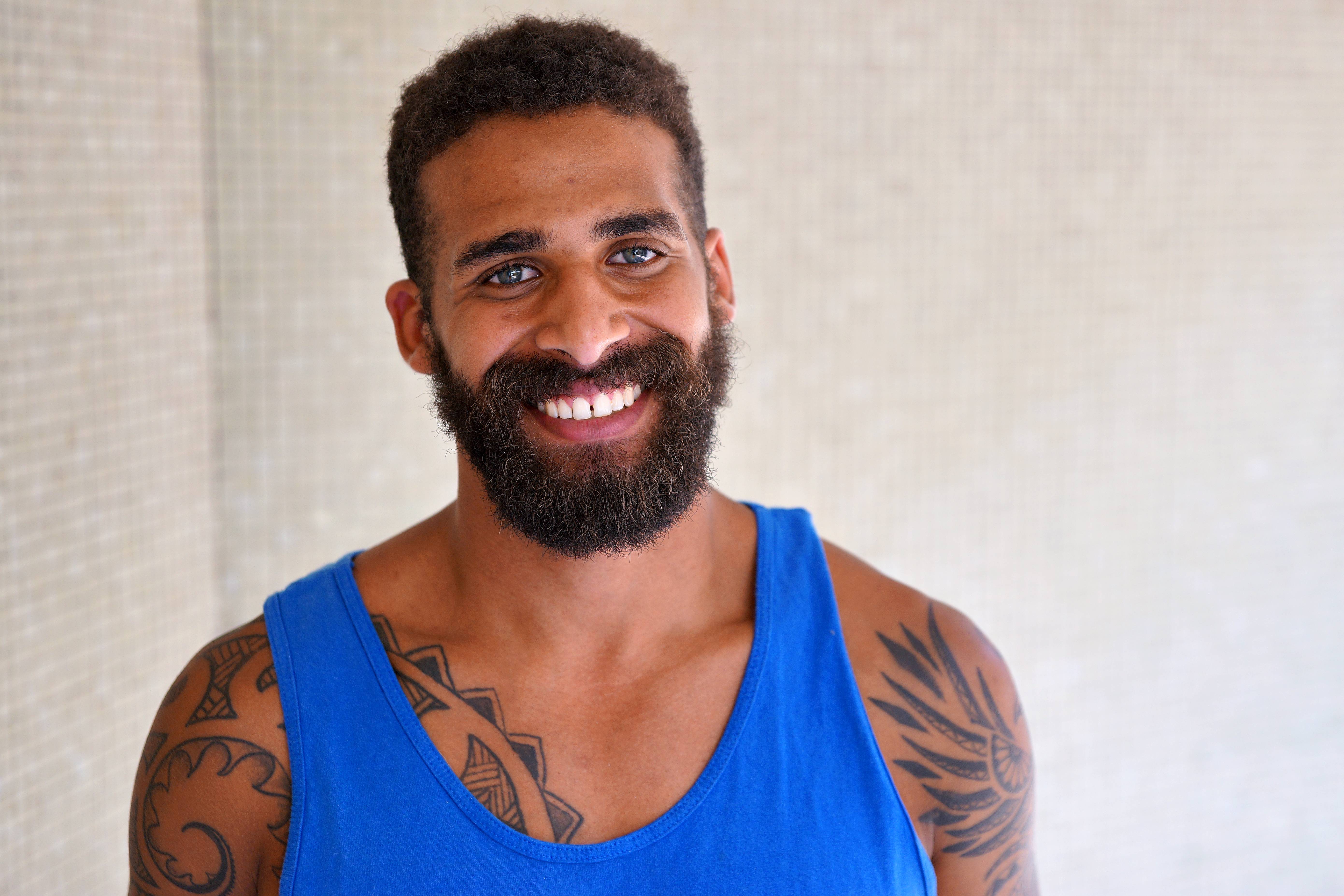 A tribal-themed tattoo covers linguistics sophomore Kalyn Cordova’s right shoulder. Cordova’s many tattoos signify important moments in his life, such as joining the army and deploying to Afghanistan. He said this particular tattoo reminded him of his home and growing up in Colorado.

“I had a lot of islander friends growing up in Colorado and got really fascinated with that culture and the methodology and meanings behind their tattoos,” Cordova said. “When I joined the army, I really wanted to get something that tied me to my friends I made growing up back home.”

Cordova said the words “Kia Kaha” ­— a Māori phrase meaning “be strong” — serve as a constant reminder that he can overcome anything. 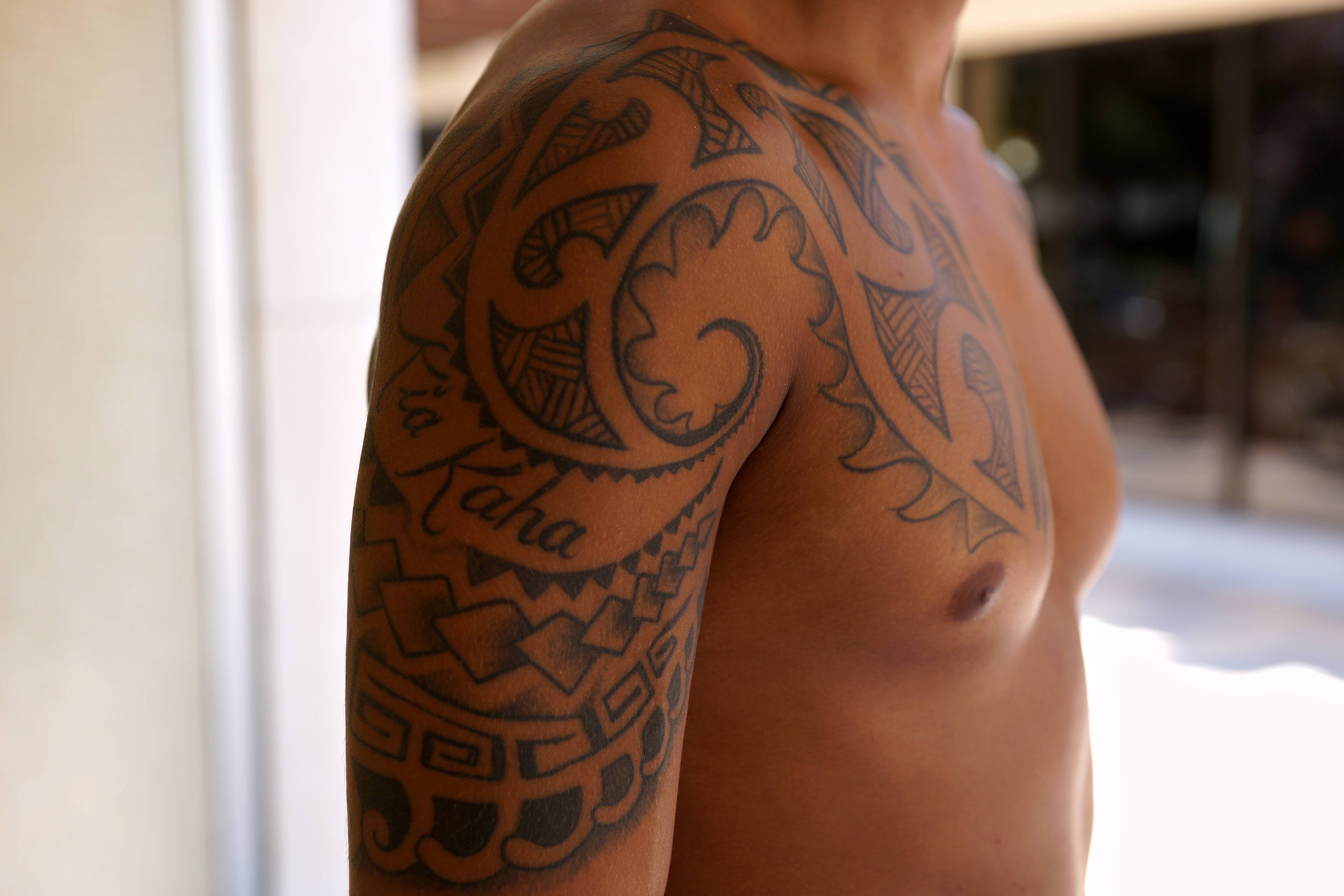