Utilize SG as the resource that it is 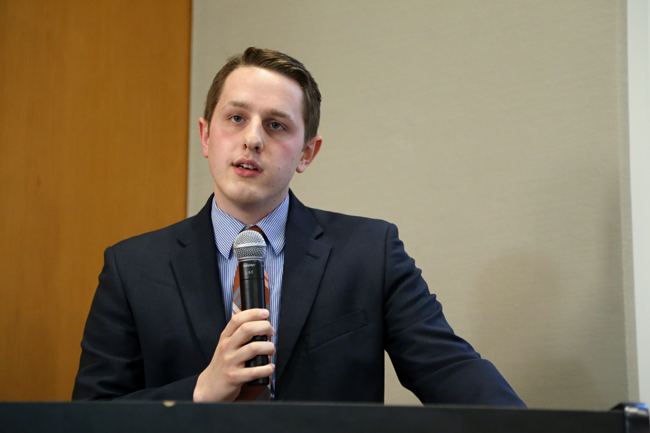 “The most discouraging thing about student government is that even those who actively participate in it frequently do not know what is all about, and have utilized it largely as a means of advancing their own popularity or the prestige of their group.” (The Daily Texan. 3 Mar. 1936)

Accusations of a lack of engagement between Student Government and the student body are not a new phenomenon. Student Government has undergone many transformations since The Daily Texan published this editorial, written nearly 80 years ago. One successful attempt at abolishment in 1978 and several “rebranding” or “restructuring” efforts over the years proves that, although some students may have dissatisfaction with Student Government, in the end, students want an official body to represent their interests. Although lack of student interest in the century-old organization may vary from year to year, the organization still strives to make a difference.

Student Government, in recent years, has accomplished some amazing feats. From the creation of the Student Activity Center, extended hours at the PCL, free rides to West Campus and Riverside from Sixth Street through the SafeRide program and the removal of the Jefferson Davis statue from the Main Mall, Student Government has proven to be a valuable resource to campus. Following the election of Xavier Rotnofsky and Rohit Mandalapu, students have felt more connected to the organization that has done so much for them in the past. The key to this continued success is for the student body to utilize SG as the resource that it is. Thousands called for the removal of the Jefferson Davis statue through a Student Government petition, and now the Main Mall is absent of two statues. It’s this involvement of students with the organization deemed as the “official voice of students” that will prove valuable for accomplishing our shared goals.

That being said, SG is not a one-issue organization. With 17 Student Government agencies, each dedicated to helping particular groups on campus, such as the Queer Student Alliance, the Women’s Resource Agency and the Longhorn Entrepreneurship Agency, there is a wide variety of interests. There are also 39 seats in the Assembly representing the 13 colleges and schools, and more than 175 internal and external appointments across campus and the city of Austin. We try to reach every facet of government at the campus, local, state and federal level. The 109th Student Government Assembly has already approved legislation calling for a campus testing center, the expansion of the alcohol amnesty program to include other substances and efforts to improving the freshman experience.

Student Government continues to function and operate with the goal of improving campus life and the lives of the 52,000 students we represent. The key to continued success in our organization and across campus is for increased engagement among the student body. Don’t accept the status quo, get involved, learn about the organization and make a difference!

Tanner Long is a government senior. He is the Speaker of the Assembly of Student Government.