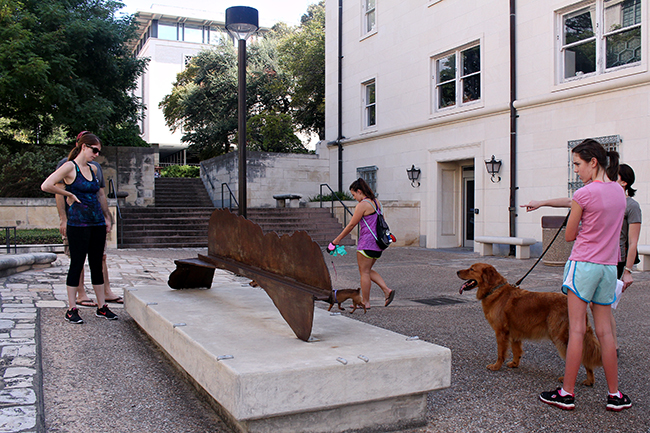 Families, students and their panting pups strolled through campus Sunday morning for the first Landmarks Dog Walk, a free tour hosted by the University’s public art program. Landmarks partnered with Blue Dog Rescue, a volunteer organization that finds homes for homeless dogs, and encouraged locals to bring their dogs to walk through campus to learn about UT’s art fixtures. Several dogs that are available for adoption through Blue Dog Rescue joined the tour.

“Betty is a fighter, so she causes problems at the dog park,” Thayer said. “Jimmy is just a cool guy. He used to pee on people really badly. When we got him from the rescue, they said he had low self-esteem, so they sent him to a doggie psychologist, which I guess is a real thing, and it fixed him. To boost his self-esteem, I had to teach him tricks. So he knows how to high-five and roll over. He can do everything, but only if he gets a treat.” 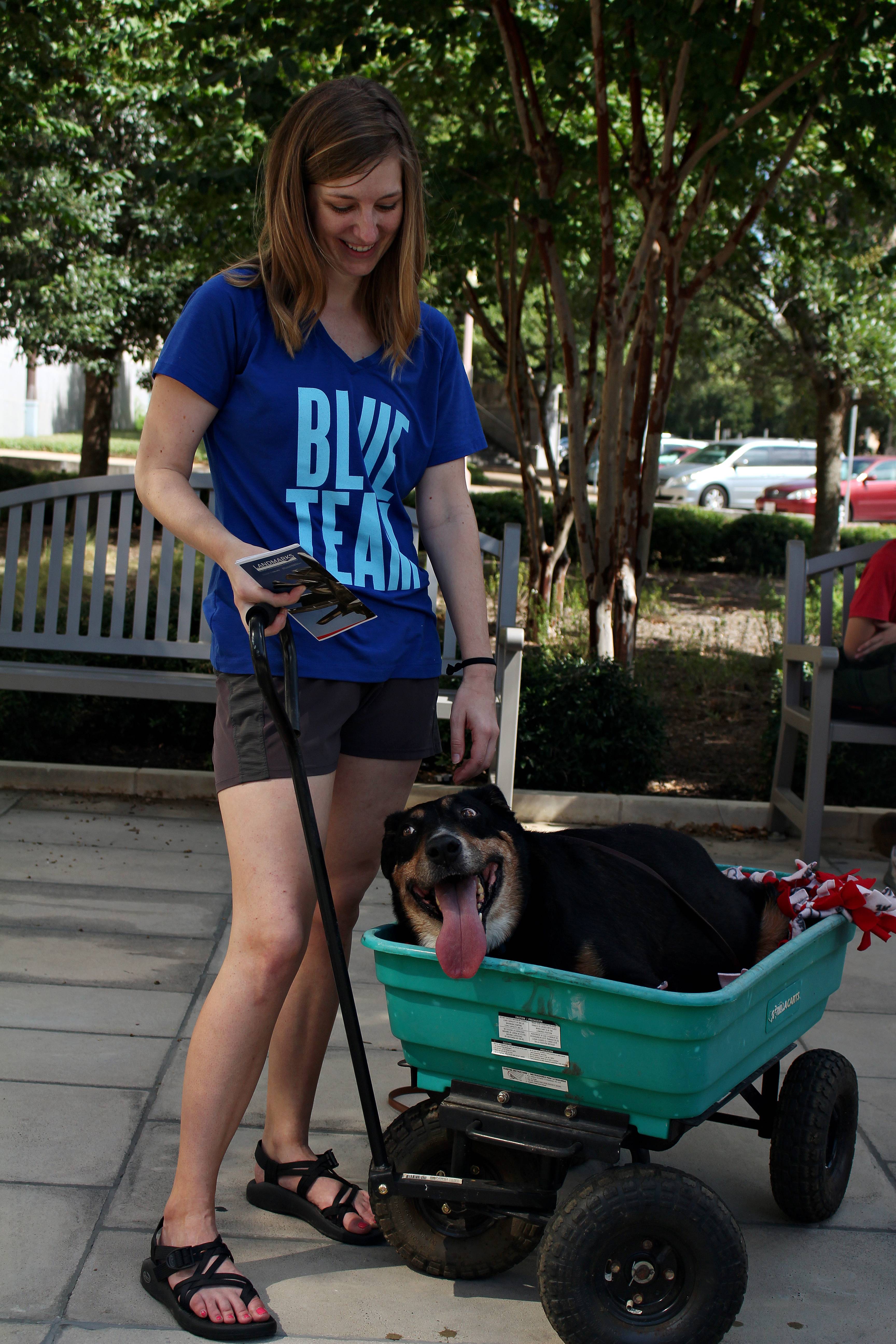 “His name is Taft, after the president,” Nobel said. “He suffers from hypothyroidism, which is actually pretty easy to take care of. The pill is not very expensive. Because of that, he has ballooned up. When we got him, he weighed about 112 pounds, and he should weigh about 60 to 70. We are on the road to weight loss, one pound at a time. He’s gotten stuck in the car on his way to the vet’s office, because he was so fat that he got stuck on the floor in between the seats, and we had to wedge and roll him out. It was appropriate that we named him Taft, considering Taft got stuck in a bathtub. We walk him up and down the driveway once a week. The weight is already coming off. Weight loss is patience.” 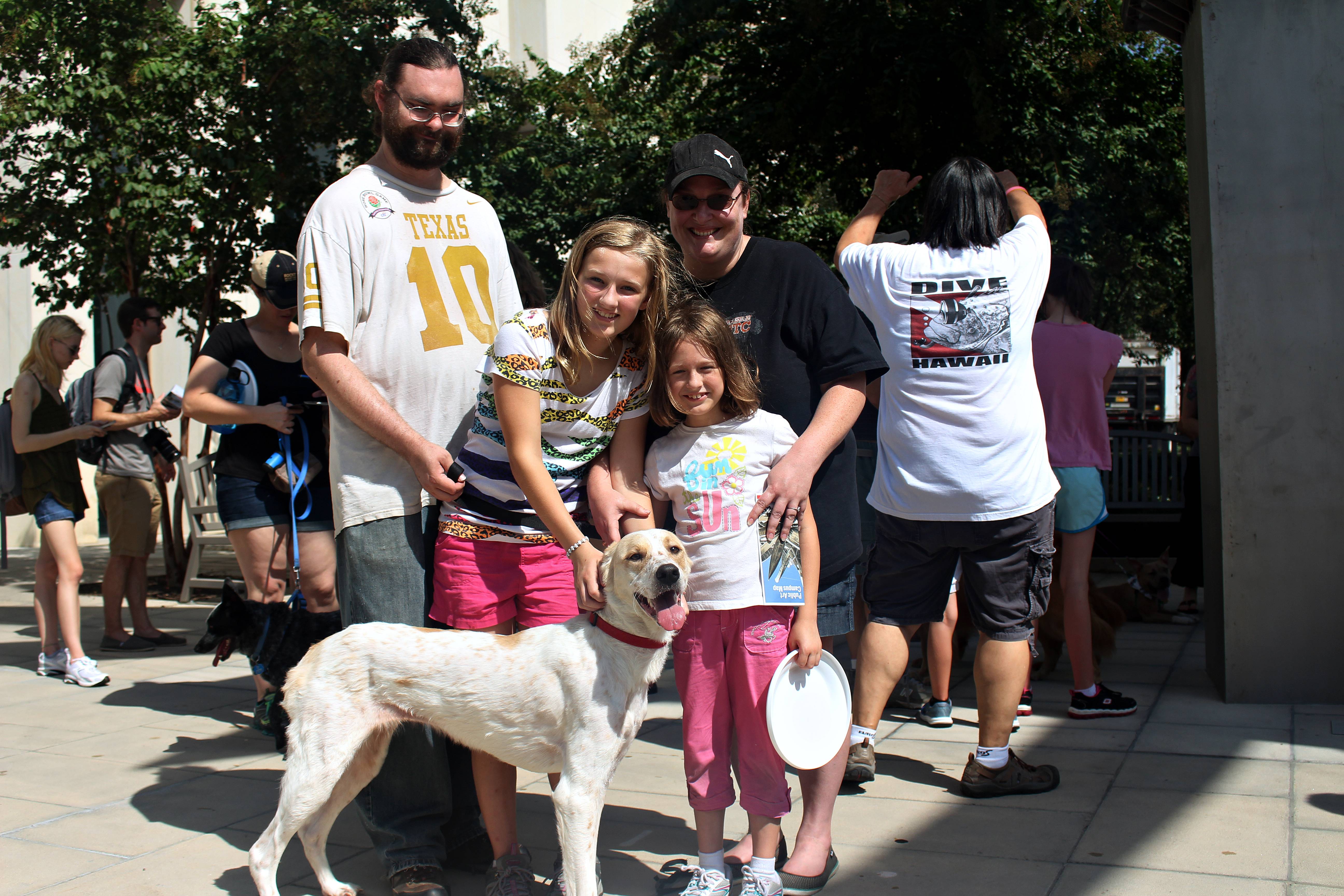 “She likes to jump on people a lot,” Stuart said. “She ripped up a little bit of the hardwood laminate. That’s why she lives in a crate at night now. What I love about Lucy is that she’s always so happy. We always say her thought process is ‘I’m a dog!’ She’s always like: ‘I’m here! I’m Lucy! I’m awesome!’ I’m so happy to come home to her because she’s always so happy to see you. She’s the best dog.” 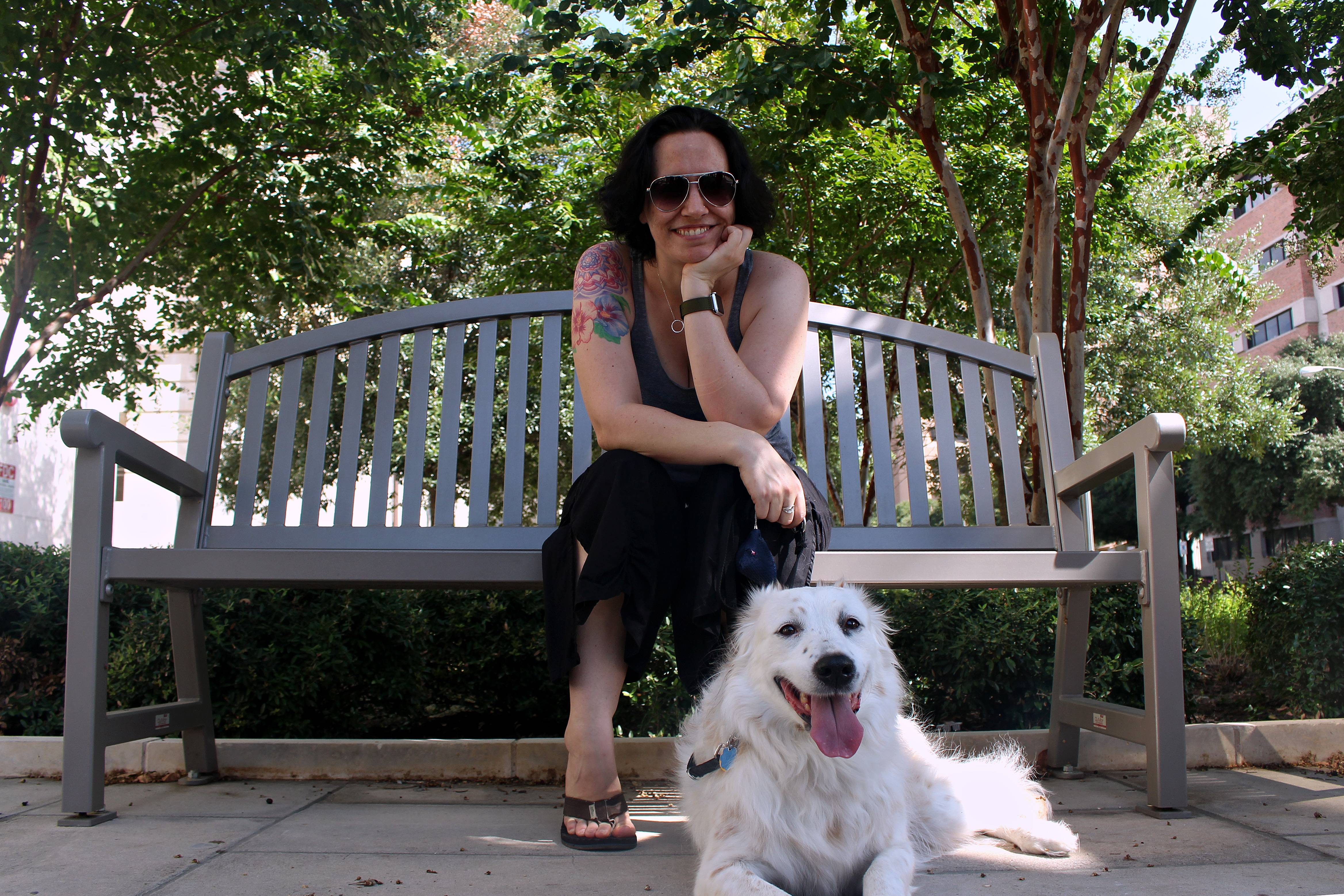 “She’s a shelter dog, and she’s been with us for about seven years,” Logan said. “She’s very chill. She doesn’t get worked up over much of anything other than bicycles and the UPS truck. One time, she ate a juggling ball when she was young. That’s about it. She’s pretty relaxed. We hang out all the time. She’s always right by my side when I’m studying.”

“She lived in Martindale and was in the flood on Memorial Day,” Maines said. “She lived with a family, and they had her fenced in in the back of the property. They didn’t spend time with her. She didn’t have any socialization with the environment for eight months. Then the flood came and the family lost their house, and they decided to surrender her because she has genetically malformed front elbows, and they were overwhelmed with having to rebuild their home. So we took her to a specialist, and she had to have surgery, and the doctor said, ‘No, she doesn’t have parts you need to replace, she just needs to be a dog.’ She didn’t walk so much, not because of her legs, but because she was confined and had no space to walk around. But today, she walked three quarters of the mile.”