Jeb is not George W., and Hillary is not Bill. 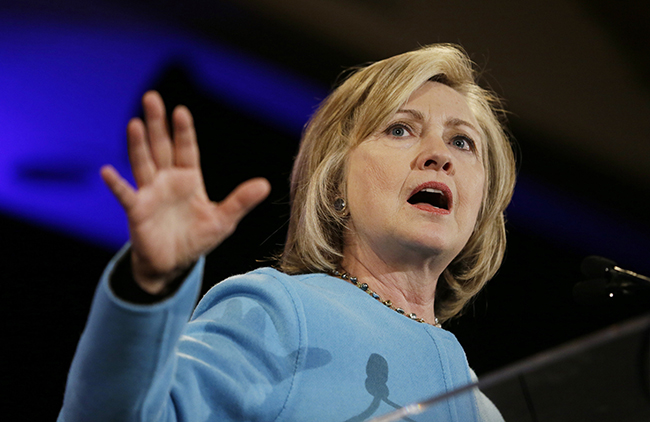 For some Americans, the most unappealing things about presidential candidates Jeb Bush and Hillary Clinton aren’t Bush’s views on education or Clinton’s email scandal — it’s their names.

A May poll conducted by CBS News and The New York Times revealed a third of registered voters said it would be a bad thing for the country if another Bush or Clinton won the White House.

The idea that Americans wouldn’t vote for Jeb Bush or Hillary Clinton simply because of their family relations dumbfounds me. George W. Bush isn’t running for president again, and neither is Bill Clinton.

In May, Jeb called out George W.’s history of deficit spending while in the White House. And while there are other issues that the two  Bushes differ on, the starkest differences between the two can be seen through their personalities.

George W. Bush was upbeat and positive, despite his tendency toward verbal trip-ups, while Jeb has been called “stale.”

Hillary Clinton also differs from her husband. Bill Clinton was deemed the “MTV President” after playing the saxophone on The Arsenio Hall Show. He had his baggage, but his personality (and a good economy) got people past it.

The two differ on issues as well. Hillary Clinton has condemned NSA whistleblower Edward Snowden. She wants to divert non-violent drug offenders away from prison. She supports same-sex marriage and comprehensive immigration reform.

Bill Clinton called Snowden an “imperfect messenger.” He increased the war on drugs. He signed the Defense of Marriage Act (DOMA). And he enacted harsh illegal immigration laws.

And while the 42nd president has admitted that the war on drugs was a failure, he said DOMA was unconstitutional, and he now supports immigration reform, the bottom line is: Hillary is not the same candidate as her husband.

Ultimately, voters need to turn out for the candidates, not their family ties.