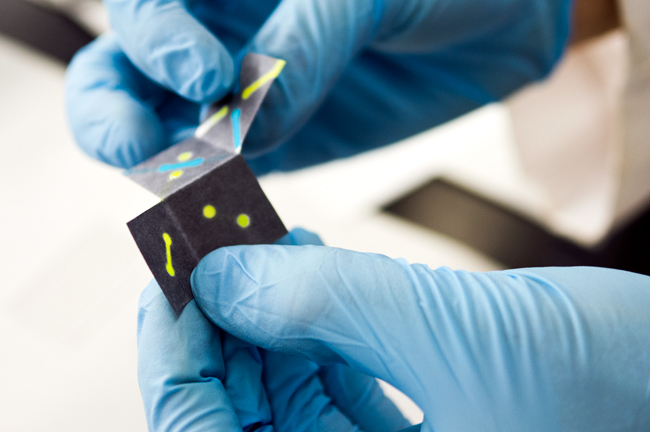 The lack of awareness about STEM’s poor racial diversity is troubling, given the severity of the problem. According to UT’s Statistical Handbook’s fall 2014 report, black students made up about four percent of students in the College of Natural Sciences and only one percent of the Cockrell School of Engineering. Grimmer still, the report also showed that there were only three black tenured professors within the School of Engineering and not a single tenured black professor within Natural Sciences.

So why does this conversation not take precedence? According to math professor Lorenzo Sadun, it is glossed over because the issue is often attributed to socioeconomics and the perceived objectivity of the various disciplines within STEM.

“STEM is inherently fairer than other subjects because it is abstract and largely disconnected from people’s diverse real-world experiences,” Sadun said. “But going to a good high school where a lot is expected of you, and especially where you learn to expect a lot of yourself, has a gigantic effect on achievement.”

This argument might hold water, but it is pivotal for it to be put in the context of race, rather than socioeconomics alone. Race, as a framework for investigating this issue, attempts to gnaw at our understanding of the negative cultural stereotypes and assumptions attached to black and brown people in order to deem them intellectually incapable in math and science. Sadun, my former calculus professor, has admitted that race affects his impression of students in the classroom.

“When I see a student of color, I have different (generally lower) expectations and behave differently towards him or her,” Sadun wrote in an email. “Of course I know that’s wrong, but I can’t help having those instincts, since that’s where my own background has led me. It took a while for me to get to know you as Loyce Gayo (a girl with an irrepressible spirit and a wicked sense of humor) rather than as ‘that noisy black girl in the second row who is probably (fill in a bunch of stereotypes).’”

Discussions about the true nature of what it is like navigating a dominantly white space as a black or brown student within STEM should not be a mere passing conversation. An open dialogue is important to raise awareness for  the systemic barriers and societal stereotypes that contradict the myth of meritocracy so strongly rooted in STEM culture.

Ph.D. math student Andrew Lee, during his time as a T.A., has witnessed the apathetic nature of STEM and acknowledges its negative impact.

“Let’s be real — we still have a long way to go,” Lee said. “We need to talk about this more often as a community, and the general apathy I’ve observed is disconcerting.”

Loyce Gayo is an African and African Diaspora Studies senior from Houston. Follow her on Twitter @loycegayo.