Forum: Be mindful of issues, find ways to be supportive 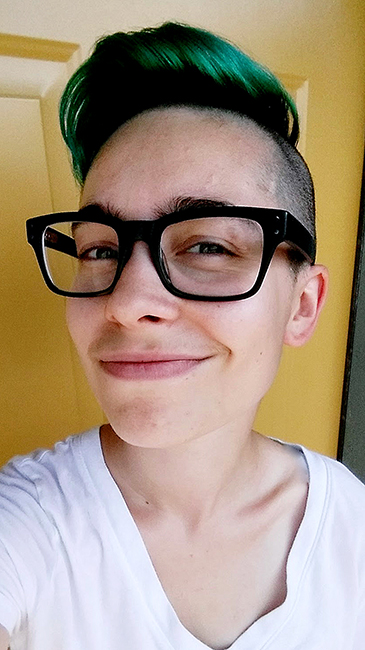 Sometimes, when I advocate for the marginalized communities with which I identify, I feel like the narrator of a National Geographic documentary:

“Here we have the Transgender Graduate Student, crouched in the library where his species will hibernate for 180 days until the completion of the process known as ‘The Thesis.’ Watch as his eyes dart quickly, right to left, in front of the Gender-Segregated Restrooms, wary of other Students and Staff Members who may try to intercept his attempts to relieve himself of the grande quad Americano he drank this morning.”

As transgender rights become more of a hot-button issue in the news, one of the issues most frequently reported on is the gender-neutral bathroom debate. The recently implemented Austin city ordinance that mandates all single-stall, lockable restrooms must be designated as gender-neutral signifies a great turning point for trans rights in this city and the nation at large. But as decisions are made across the country on this issue, UT’s on-campus progress toward accessible restroom options for everyone seems a slow crawl.

According to the UT-Austin Gender and Sexuality Center website, there are 42 gender-neutral or single-stall restrooms available in 31 different buildings on campus. According to UT-Austin’s Facts and Figures website, total enrollment reached 51,313 students in fall 2014, sharing 168 buildings on 431 acres of campus.

In the National Geographic documentary of my life, this is where the music grows somber and the camera zooms in on my face as I cast a forlorn look just slightly offscreen. The narrator drones in a deep timbre: “The prospects for safe and immediate relief are, sadly, scarce.”

I am not under any impression that creating a new bathroom or converting an existing one is a simple or inexpensive process. I understand that progress at this level takes time, money and labor — all of which are things that a public institution does not always have in abundance.

In the meantime, it is our job as colleagues, allies, friends and neighbors to be mindful of how these issues continue to affect one another. There are ways to be supportive that go beyond signing the petitions or protesting at the rallies — how we show up for one another during the quiet moments in between is an equally important part of solidarity, awareness and respect.

Bust through the fourth wall of that documentary. Don’t just describe what’s happening and what needs to change — ask what you can do in the meantime.

Jess O’Rear is an MA student in the Performance as Public Practice program in the Department of Theatre and Dance.