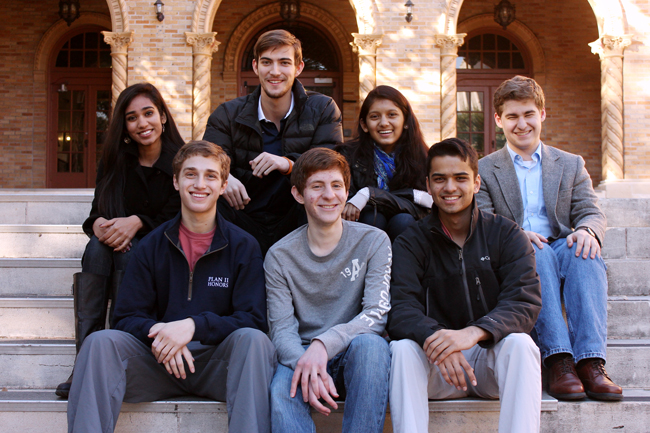 Since it launched in 2011, Brandon Stanton’s Humans of New York has transformed the way photoblogs convey personal stories around the world. What started as a small Facebook page has inspired other communities to follow its pursuit of underscoring a common, underlying humanity beneath the depth of our individual walks of life. Photoblogs and social media can bring forward cultural revolutions, conversational forums and tangible change in the form of fundraising projects or alleviating difficulties.

Stanton’s HONY raised over $2 million after posting the Bonded Labor Liberation Front founder Syeda Ghulam Fatima’s story in Pakistan. A photoblog across the streets of New York City resulted in a worldwide movement to end slave labor. This effort can be imitated at one of the world’s largest universities.

This movement is being localized with Humans of the Forty Acres.

At freshman orientation, economics sophomore Gauthier Fally, international relations and global studies sophomore Jordan Cope and Plan II sophomore Daniel Orr decided to “take a leap of faith” and start their own project to unite the community on campus.

“We started off with the honors quad, attained 1,000 likes on our Facebook page, then expanded,” Cope said.

These projects generate personal responses that give a more human approach, despite any labels of the interviewee. These movements promote interpersonal communication that connects all parties interacting with the project.

“Conversing in-person definitely gives it a more real feel,” Cope said. “We look for responses that define the character or substance that people can relate to without advocating a single point of view.”
Humans of the Forty Acres team member and studio art sophomore Gabriel Lopez said the project contributes towards creating an atmosphere of understanding on campus.

“A lot of the times you tend to enter an interview with a new mindset on certain things,” Lopez said. “I interviewed a student who was previously an illegal immigrant and had the opportunity to speak to Obama about his concerns at a rally, and his story created a new understanding about the topic for me and other Humans of the Forty Acres readers.”

A similar group dubbed Humans of Ramadan, created by UT alumnus Usama Malik, has a more specific scope while still encompassing a large audience. Malik visited 15 different cities in Texas to collect the stories of both Muslims and non-Muslims. While the Humans of Ramadan Facebook page has around 8,000 likes and an outreach of over 100,000, Malik said it was about more than just “getting likes.”

During Ramadan, more people come to mosque than during the other 11 months. Malik took this opportunity to get in-depth stories to connect people from various backgrounds through moving conversations.
“People also realize their personal faults and shortcomings in Ramadan, while outside of Ramadan they feel more shy to acknowledge shortcomings, harness honesty and how these faults resonate among other Muslims,” Malik said.

Photoblogs in the form of “Humans of” projects have paved the way for an emotional connection via social media. HONY has used emotional anecdotes to bring attention to overlooked communities. This phenomenon can be replicated anywhere, especially on campus.

Saifullah is a neuroscience sophomore from Richardson.