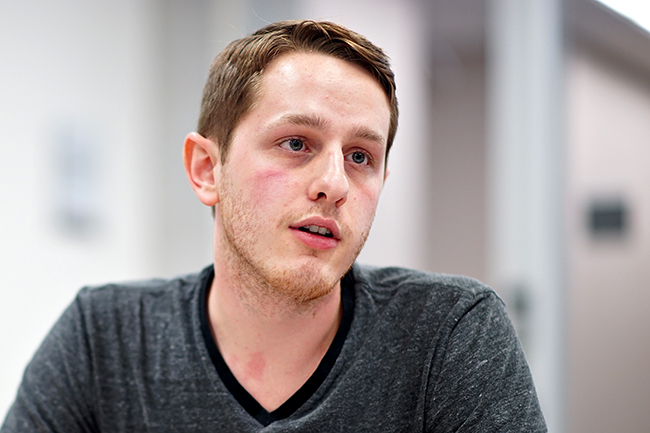 The green fee, along with the 83 projects and 103 grants it funded between fall 2011 and spring 2015, are set to end in 2016, according to the Metrics & Measurement report from UT’s Office of Sustainability.

The green fee is an allocation of $5 from each student’s tuition for each semester and $2.50 for each summer session used to fund the Green Fee Committee and other eco-friendly projects on campus. An open meeting was held Wednesday to discuss options for different ways to renew the fee and how to move forward from the legislature’s decision.

The green fee’s inception created funding for five years which will conclude after the summer of 2016. Despite the Green Fee Committee’s efforts to lobby for the bills they introduced in both the House and the Senate, neither bill was passed into law. The bill received unanimous consent in the House but the necessary amount of votes could not be gathered in the senate, according to Green Fee Committee Vice Chair and government senior Tanner Long. Long was one of the students who lobbied for passage of the bill and testified in the house and senate committee meetings.

“Green fee has done a lot on campus,” Long said. “A lot of people have benefitted from the fee, and it ultimately benefits all students in the long run. I think by having it not renewed shows the legislature is not in tune with how the students feel.” Moving forward in finding new ways to renew the fee means swimming through murky legal waters, as the original legislation was not clear on how the fee could be renewed, according to

Jaclyn Kachelmeyer, international relations and global studies, Plan II and geography senior. Kachelmeyer said she feels the next step for renewal should be gaining support from the UT System Board of Regents.

“I think it’s worth going to the Board of Regents and seeing where it takes us,” Kachelmeyer said. “Otherwise if we are afraid to follow through with continuing to try to renew the fee, nothing is going to happen.”

Aerospace engineering junior Darian King said an important part of convincing the regents to support the green fee is to show them how students feel about the fee.

“To gain actual student support we could get sororities and fraternities involved,” King said. “Greek life represents a large chunk of the student body which could give us good support.”