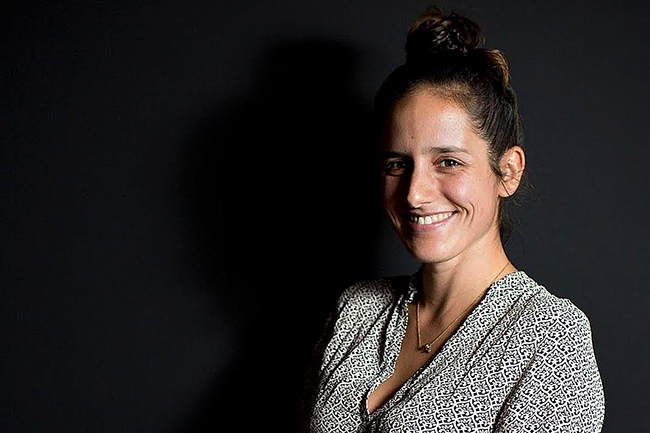 In the middle of the night, police broke down the doors of a communal home in Peru. They snatched away the transgender women living inside, along with UT alumna Danielle Villasana, who documented it all.

After graduating in 2013, Villasana headed to Peru, looking for the excitement of a new project. Since then, she’s focused her time on creating photo stories that revolve around the everyday lives of Lima’s transgender women. Her series,  “A Light Inside,” details their hardships and works to give a voice to one of Peru’s most invisible groups.

“It was an interview back at UT that opened my eyes to the level of pain that transgender people experience,” Villasana said. “I became moved by [the idea] that identity is something that shouldn’t be defined by your biology.”

With little money and no access to hormones or proper reconstructive surgeries, many of the trans women go to great lengths to alter their appearances. Villasana said they often resort to injecting themselves with industrial silicone.

“They just want their bodies to match what they’re feeling,” Villasana said. “There have been many cases where women have died because of [the injections].”

According to the United Nations Development Programme, Latin America accounts for 80 percent of trans homicides worldwide. Villasana said Peru’s conservative and often transphobic society is no exception. Many trans women struggle to find jobs and are forced to become sex workers in order to sustain themselves.

Shut out by her parents, Piojo, the subject of one of Villasana’s photo stories, ran away from home at 16 and became a sex worker shortly after. Just a few years later, doctors diagnosed her with a deadly case of tuberculosis. The disease came after her decade-long struggle with HIV, which affects 30 percent of trans women in Lima.

Although Piojo’s final months were painful, Villasana said she witnessed beautiful moments as well, such as Piojo’s reunion with her adoptive parents.

“I went to see where she lived, and from that point until she died, I was constantly by her side,” Villasana said. “[Her parents] had treated her really badly, but they wanted to see her. They reunited and told her that they loved and accepted her.”

Villasana said her experience with Piojo opened her eyes to the discriminatory nature of Peru’s health system. Many trans women face rejection from doctors, while some choose not to get medical treatment, because they are afraid of what people might think of them.

“There’s a lot of fear and embarrassment,” Villasana said. “A lot of women won’t go to the hospital. They won’t get medication. Even among doctors, they don’t want anything to do with them sometimes.”

The relationships Villasana has built with the trans women keep her going. She said she has come to think of them as her friends and sisters. At times, the project became difficult and Villasana questioned whether or not to continue.

“There are so many women who are suffering because they don’t have a job or education opportunities,” Villasana said. “They deal with so much pain and discrimination — how could I stop?”

Transgender activist Miluska Lut, who Villasana features in her latest exhibit, said being transgender in Peru means being strong. She said Villasana’s project has made her community visible.

“It’s proof that we’re people,” Lut said. “We work, we study, we feel and we suffer. So many women who don’t know how to express themselves can recognize their needs, the violence, the transphobia in their everyday lives in her photos.”

In July, Villasana received $5,000 from The Magnum Foundation’s Inge Morath Award, which goes toward an outstanding female photographer under 30. She plans to use the money and partner with the United Nations Programme on HIV and AIDS to create an exhibit that also includes transgender men.

“It’s hard sometimes trying to get editors and other people interested in your stories,” Villasana said. “But getting recognition for these women and their stories — it feels like someone’s finally heard them.”