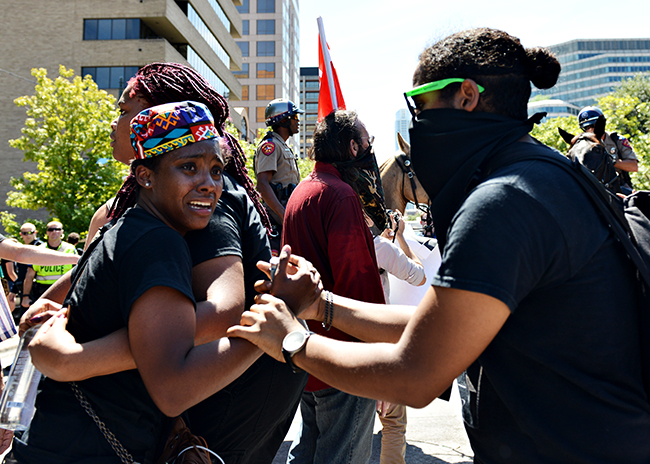 Six protesters were arrested during a rally organized by Black Lives Matter activists Saturday afternoon, according to Austin police.

The rally against police brutality was held at the Capitol in opposition to a concurrently held Police Lives Matter rally, which garnered a crowd of 2,000 people, according to Austin police.

The Police Lives Matter rally started in front of the Austin Police Department headquarters, and members marched up Congress Avenue toward the north and eastern lawns of the Capitol building. The rally was held in honor of Harris County Sheriff’s Deputy Darren Goforth, who was shot and killed Aug. 28 while
pumping gas.

The Black Lives Matter counter-rally against police brutality started on the south side of the Capitol building, with members marching through downtown and onto I-35. The rally ended at Congress Avenue and 11th Street where the arrests occurred. The Black Lives Matter movement began in 2013 after George Zimmerman, who was acquitted on all charge, shot and killed 17-year-old Trayvon Martin, according to the organization’s website.

Austin Police Chief Art Acevedo said Saturday in a briefing that six protesters were arrested with charges including failure to obey a lawful order and pedestrian in roadway, and one protester was charged with simple assault.

“It’s always been like a 3 percent of the population that are negative toward police, but ever since all the negative sentiment started we’ve started to see more and more people come out to support [police officers],” Norrell said.

Joe Munoz, former police officer and president of the Austin chapter of the National Latino Peace Officers Association, said the majority of officers don’t have to use their weapon in their 25 to 30 years as being an officer.

“Obviously this group does not support those [officers] that abuse the law,” Munoz, who participated in the Police Lives Matter rally, said. “We support the majority of the officers who day in and day out do a good job.”

Acevedo spoke to the crowd before the march, recognizing the Black Lives Matter counter-rally.

“The truth remains that no one wants to hold bad cops accountable more than what? Good cops!” Acevedo said.

An estimated crowd of about 300 to 400 people gathered for a Black Lives Matter rally on the south side of the Capitol building, according to Austin police. Speakers said they wanted attendees to focus on local incidences of police brutality and to be more involved in local organizations and City Council meetings.

Niecee X, an activist and member of the Black Women’s Defense League of Dallas, said the Black Lives Matter activists were demonstrating their right to assembly when police agitated the situation.

At Congress Avenue and 11th Street, as the rally moved back towards the Capitol building from I-35, several rally participants were ordered to move off the street and refused, according to a briefing from Acevedo. One individual threw a water bottle at an officer and missed, Acevedo said. 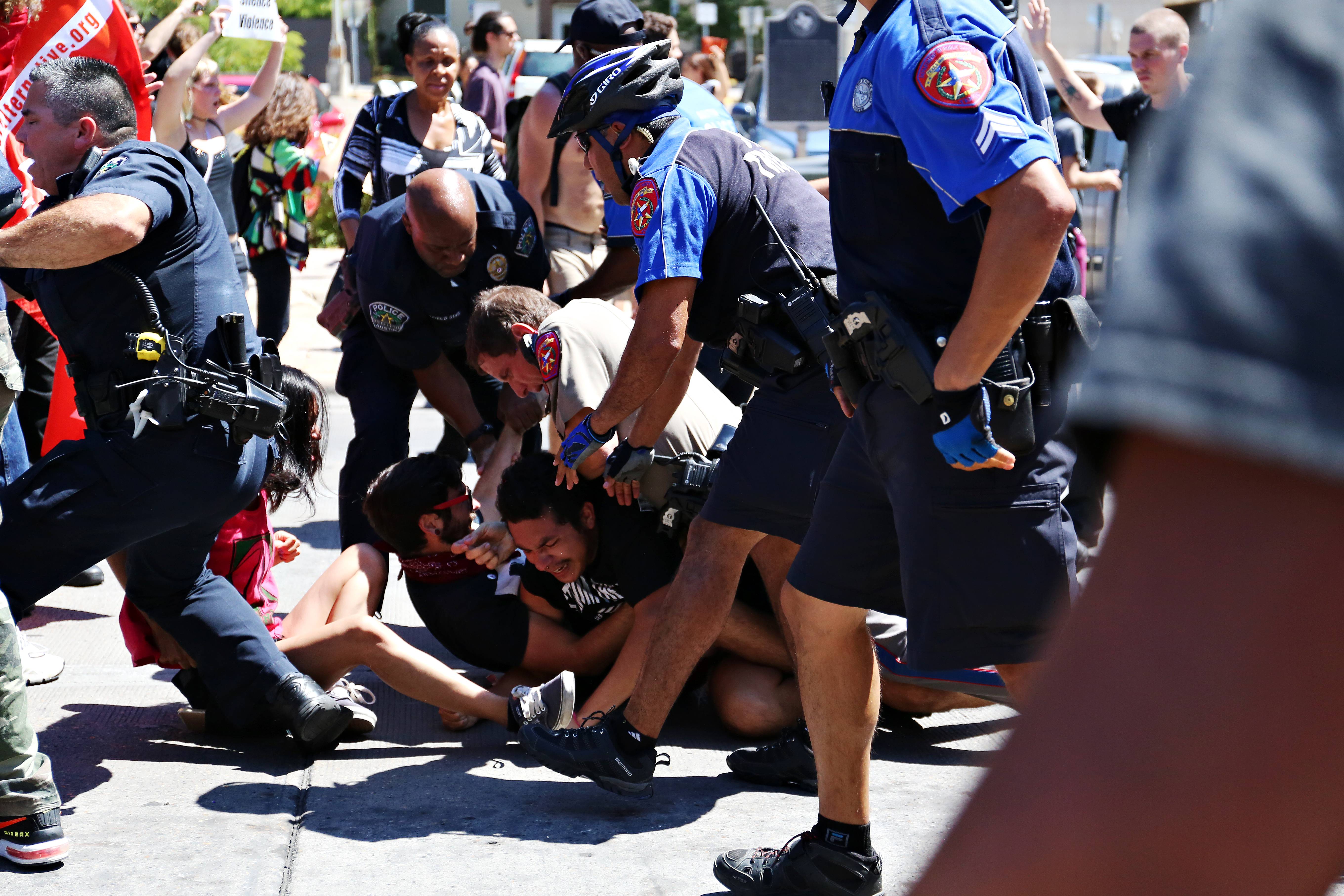 APD Lieutenant Robert Richman said it had been a slow day for police up until the arrests were made.

“Usually when these situations occur like this there’s so many different moving parts, so we’re trying to focus on the safety of everybody who’s there,” Richman said.

“I think [the arrests were] great for the movement because people who have never experienced police brutality get to see it firsthand, they prove our point, they give us great demonstrations of police brutality firsthand and in front of people,” Russell said.

Local community activist Briana Medearis, said she believes the Black Lives Matter movement does not mean that all lives don’t matter, but is named because of black lives that have been taken by police. Medearis said she does not want the message of Black Lives Matter to be misconstrued by other groups such as Police Lives Matter.

“They have co-opted the message for their own to say ‘Police Lives Matter’ — why couldn’t they pick another name? Why choose this one?” Medearis said.

This article has been updated since its original publication. An edited version of this article ran in the Monday, Sept. 21 edition of The Daily Texan as "Six arrested in rally against police brutality."